ROME, Oct 31 2019 (IPS) - Barely a week passes without alarming news of the most recent scientific research into the global climate crisis compounding a growing sense of urgency, particularly the impact on small island states from rising sea levels and extreme weather.

Latest findings suggest that several hundred million more people than previously thought are at risk of coastal flooding due to climate change. Climate Central, a non-profit research and news organisation, found data used in past calculations overstated the elevation of many low-lying coastal communities.

And for the people of the Bahamas who had just endured Hurricane Dorian, the most intense tropical cyclone on record to hit their islands, it came as little surprise when the UN Intergovernmental Panel on Climate Change (IPCC) soon after released its landmark special report on the planet’s oceans and frozen regions, warning of “multiple climate-related hazards” for coastal regions.

“The ocean is warmer, more acidic and less productive,” the IPCC report stated.

Oceans are absorbing heat twice as fast as just two decades ago, with hundreds of billions of tonnes of melting ice raising sea levels at an average rate of 3.6 millimetres a year, more than twice as fast as during the last century.

If greenhouse gas emissions “continue to increase strongly”, the IPCC report said, then levels could rise more than a metre by 2100.

Some island states in the Pacific face becoming uninhabitable. As UN Secretary-General Antonio Guterres noted while visiting Tuvalu, the sea level rise in some Pacific countries is four times greater than the world average, posing “an existential threat” to several island states.

Against this background the UN COP25 climate change summit scheduled to be held in Santiago in December had been dubbed the Blue COP, with expectations of a focus on the oceans and commitments of aid to poorer nations most at risk. So it comes as a serious blow that President Sebastian Pinera has just announced that Chile is calling off its hosting of COP25 because of mass anti-government protests rocking the country.

While the UN anxiously looks for an alternative venue (and Santiago had been the second choice after Brazil’s newly elected president, Jair Bolsonaro, pulled out of hosting it), the small island states of the Pacific will be making their voices heard as they seek to confirm themselves in the role of custodians of the world’s largest region.

It is an existential struggle but it is not a blame game however.

As Micronesia’s President David Panuelo declared last week in The Diplomat: “Rather than point fingers, we must all point the way toward solutions.”

“No single country created this problem, and certainly a small country like ours is bearing far greater responsibility for the solution than we ever contributed to the crisis in the first place. But we sit shoulder to shoulder in a coalition which has set a goal of growing economies while achieving 30 percent marine protection globally,” he wrote in a plea for action to save the oceans.

“Everyone must do more when garbage patches larger than entire countries float in the Pacific, and rising carbon dioxide levels increase ocean acidity and devastate coral reefs and marine life.”

The Pacific Community, the principal scientific and technical organisation in the region and founded as the SPC in 1947, counts 22 Pacific island countries and territories among its members who see themselves as the “tip of the spear” in terms of the impacts of climate change and their efforts to adapt.

SPC has recently established the Pacific Community Centre for Ocean Science (PCCOS) to provide the framework to “focus its scientific and technical assistance on providing solutions that will build, sustain, and drive blue economies in Pacific Island countries and territories” and support SDG 14 of conserving and sustainably using oceans and marine resources.

The SPC’s new and growing Pacific Data Hub is a public resource of data and publications on the Pacific across key sectors, from education and human rights to oceans and geoscience.

Such initiatives reflect how Pacific Island states have grown more assertive in their diplomacy, becoming more active in global multilateral forums and using their voices and votes for increased leverage rather than the old reliance on support from Australia and New Zealand.

The “Blue Pacific” concept sees the island states establishing themselves as “large ocean states” and guardians of the region rather than “small island states”. As stewards of the Pacific with their cultural identity shaped by the ocean, the Blue Pacific framework seeks to establish leadership on issues, with smart policies backed by scientific expertise and data.

As Micronesia’s president has reminded us, the climate crisis is neither abstract nor “tomorrow’s faraway challenge”. It is happening now and as the IPCC’s special report on the oceans and cryosphere warned in September the crisis is gathering speed, as seen in the recent acceleration of sea level rise.

In Antarctica the rate of ice loss tripled in the decade 2007-2016. May and August in 2019 were the warmest on record for the Arctic while this year saw the summer minimum extent of sea ice reaching a joint-second lowest in 40 years of satellite records.

As summarised by Carbon Brief, the IPCC warns that this accelerating ice loss, and the more rapid sea level rises it causes, will continue to gather pace over this century regardless of whether greenhouse gas emissions are reduced. The “likely” maximum rise of 1.1 metres by 2100 is some 10cm above the top-end estimate from its previous estimate, while a rise of 2 metres cannot be ruled out.

Such warnings were intended to provide input at COP25 for world leaders who face mounting calls to adopt more ambitious goals for carbon emission cuts. Those negotiations will not be happening in December in Santiago after all. An alternative must be found urgently. Farhana Haque Rahman is Senior Vice President of IPS Inter Press Service; a journalist and communications expert, she is a former senior official of the United Nations Food and Agriculture Organization and the International Fund for Agricultural Development. 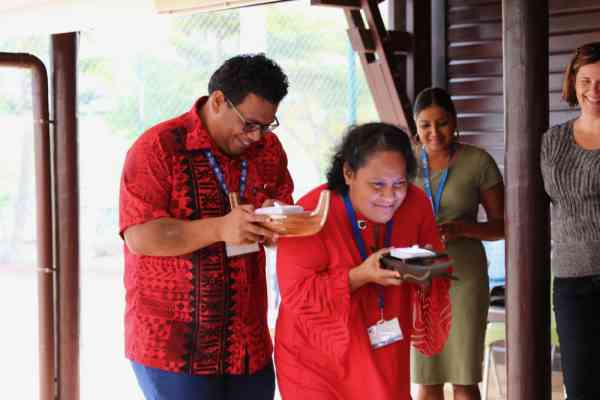 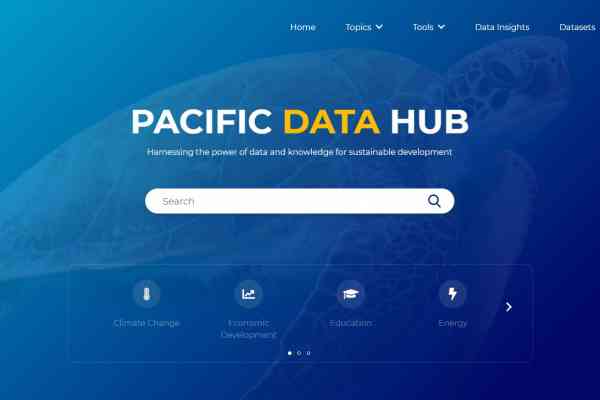 A Sustainable Future for the Blue Pacific: Address by Ambassador Peter Thomson, UNSG’s Special Envoy for the Ocean