The COVID-19 pandemic has brought about many significant challenges in the lives of those around the globe and affected the way we live and go about our daily lives and work.

For those living in the Pacific region, the case is no different. Re-adjustments as well as exploration of new strategies around how most of the work can continue to operate without much interference is vital.

In addition to the trials brought about by the pandemic, the country had to deal with the aftermath of the Tropical Cyclone Harold that wreaked havoc in Vanuatu between 6 and 7 April and affected access to basic needs and essential services in some communities.

The Vanuatu President signed a declaration for a State of Emergency (SOE) on 26 March 2020 for the whole of Vanuatu for a two-week period to strengthen prevention and containment measures in response to the COVID-19 pandemic. This was later extended to a 30-day period on 11 April to continue COVID-19 prevention and containment measures as well as responding to rehabilitation efforts post TC Harold. The President further extended the SOE for another 30-day period on 11 May for the same purpose.

According to Ms Narai, this was an opportunity to reshape and realign her way of working in order to assist the government of Vanuatu in their recovery and relief efforts amidst the many restrictions imposed such as the closure of boarders restricting air travels, and social distancing measures limiting only five people in meetings.

She was part of the gender protection cluster led by the Department of Women’s Affairs under the host ministry to provide support to those affected by TC Harold over a two- week period.

“For the first time in my working career, I supported the Emergency Operation Centre (EOC) based in Santo/Luganville where TC Harold hit and damaged more than thousands of properties,” Ms Narai stated.

Her workload as part of providing on-ground support post TC Harold included attending EOC meetings to provide daily response updates with each of the clusters, and supporting the lead cluster with clothes distribution via shipping services to Pentecost Island and other parts of Santo with the assistance of a sub-cluster.

During this period, Ms Narai was tasked with visiting evacuation centres to handover stationery supplies, drafting distribution and awareness plans, providing training assistance to volunteers on Kobo Collect tool with the cluster lead for in-depth assessments in the Sanma Province, and assisting with volunteer briefings on dignity kits – to be distributed to women, pregnant women and girls in affected areas.

Further to these responsibilities, she held interviews with persons in charge of evacuation centres in Luganville to gather information around needs and challenges of households affected by TC Harold. This data was then shared with the NDMO office in Luganville to plan out responses, and for use in the second phase of distribution.

She shared that “there were challenges faced by the team including the gender protection cluster, on the ground during the response period as the island/ province affected is a big island and it took days for goods to reach people.”

She highlighted that the roads were blocked due to fallen trees, which affected accessibility so the team on the ground had to find ways to transport the supplies to the communities affected.

“We faced numerous challenges particularly to ensure that supplies reached vulnerable groups as this is what the gender protection cluster was responsible for – to advocate to ensure supplies be distributed fairly and priority given to vulnerable groups,” Ms Narai said.

In addition to this, Ms Narai added that there were delays in the distribution of aids and donations coming into Vanuatu from foreign countries like Australia and New Zealand.

“Because these aids needed to be put under quarantine for 14 days we had to make do with what the Vanuatu government had in stock at the time for disaster relief such as first aid kits, hygiene & dignity kits, tarpaulins, tents for temporary shelter, and food supplies particularly crops which came from other non-affected islands,” she said.

Despite the challenges, Ms Narai is grateful for the experiences encountered.

According to her, the recovery plans set up in approval and partnership with the National Disaster Management Office (NDMO) benefited people in the communities as the government through the office of NDMO did their best to reach out to all people affected, alongside the support of all the clusters present on the ground like the gender protection cluster, food cluster and shelter cluster.

Ms Narai added that the global pandemic brought about its own set of trials for her as a focal officer but despite the change in work modes, she continued to move things forward and quickly adapted to new ways of working to assist her community and government to address some of the issues as a result of COVID-19 such as the increase in cases of domestic violence.

She shared that “All trainings and big meetings were put on hold. The two disasters really slowed down the work. Both these adverse events drained the energy, time and government budget to focus on response and relief efforts and the priority was to find ways to recover back and strengthen the economy,” she said.

“To move things forward, I would organise work meetings via skype, phone calls, emails, and try as much as possible to meet only two people per meeting. In some cases, I would carry out one-on-one meetings especially for RRRT’s Pacific People Advancing Change grantees on the ground and I am extremely glad that these new ways of working and communication worked out.” 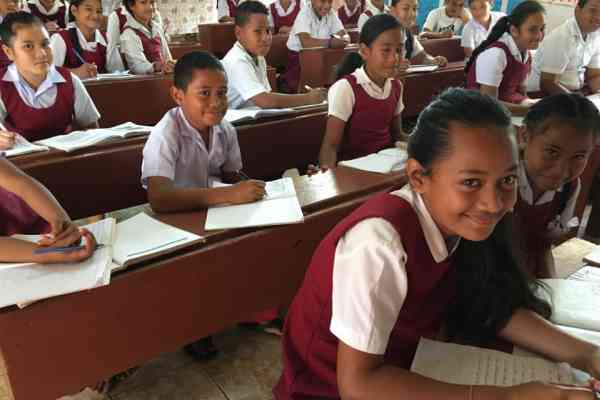 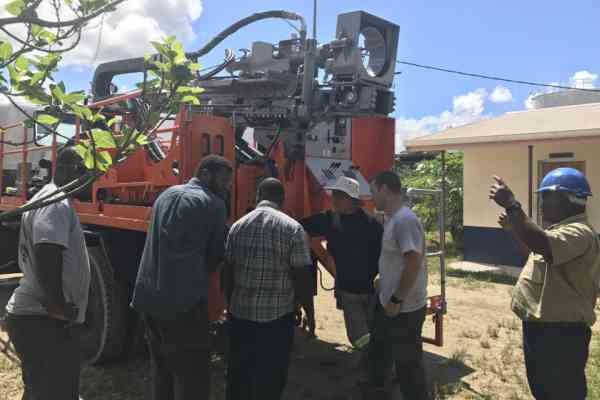