The plan was announced at the ‘African Swine Fever (ASF) Awareness and Emergency Preparedness’ training held in collaboration with the Pacific Community (SPC), the Ministry of Agriculture Fiji (MoA) and Pacific Horticultural and Agricultural Market Access Plus (PHAMA Plus) Program.

While Fiji is free of the viral pig disease that is causing havoc in swine industries around the world, MoA animal health workers and their biosecurity counterparts have been urged to be vigilant.

BAF Acting CEO Surend Pratap says the emergency response plan will provide guidance to protect Fiji’s economy, livelihoods and biodiversity in case of ASF incursions. The Plan will focus on containment, management, eradication and regulation in collaboration with the public and the private sector.

The four-day training, held from March 1 – 5, aims to increase the knowledge and skills of MoA biosecurity and animal health workers in addressing ASF and associated risks. MoA officers visited piggery farms to collect and test pig samples, in addition to participating in field discussions on farm biosecurity.

MoA Principal Veterinarian Officer, Dr Anand Deo said that with Fiji’s large maritime area, it is sometimes difficult to detect boats visiting the outer islands. In describing a possible scenario, he stated, “These outer islands with serene beaches and lush vegetation are attraction points for boat crews to have picnics – they carry processed pork products for meals, with scraps left behind and foraged by feral pigs.”

In 2019, BAF banned importation of pork and pork related products into Fiji due to the increased global transmission of ASF. The disease is a significant threat to Fiji, which has approximately 30,000 households that raise pigs for their livelihoods. ASF has now spread to the Pacific after its discovery in Papua New Guinea last year.

SPC Animal Health and Production Officer, Elenoa Salele added that there is currently no effective treatment or vaccine against ASF. “SPC is working closely with leaders in the region to tighten biosecurity borders and undertake measures within the Pacific Island Countries and Territories to avoid widespread ASF contamination.”

African Swine Fever affects both domestic and wild pigs but does not pose a threat to human life. 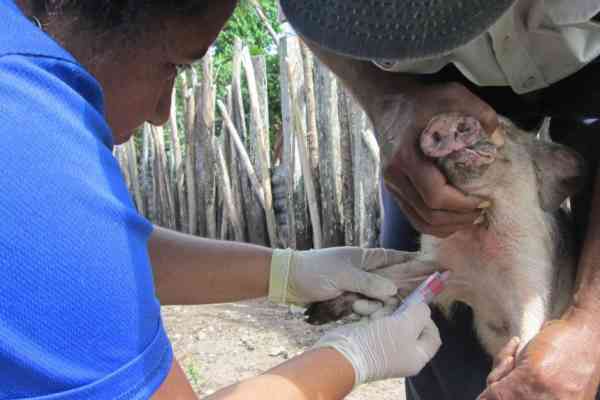