A recent regional study found that young women and girls remain largely invisible in policies and frameworks which hinders their participation in international climate change processes.

This was shared during Day 1 of the Pacific Community’s (SPC) pre-triennial side-events on 22 April prior to the beginning of the 14th Triennial Conference of Pacific Women scheduled to take place from 27 – 29 April (Fiji-Time).

Plan International Senior Advisor and co-author of the research titled Pacific Girls in a changing climate research project, Katherine Phillips, says there are vast gaps in policies and climate change frameworks, and it’s impacts on women.

She said the policies and frameworks are generally focused on the needs of women and girls instead of their capabilities and leadership.

“They're treated as passive beneficiaries, rather than as active agents and contributors to climate change policy and process. Most of the policies and frameworks only refers to the needs of adolescent girls and young women in the context of sexual reproductive health and rights,” Phillips added.

Social Development and Inclusion specialist, Roshika Deo, says women should be able to participate in the design, implementation and monitoring of decisions, policies and actions that directly or indirectly affect them.

Deo highlighted women and human rights defenders in the region find it challenging to have meaningful engagement in the decision-making spaces due to the strong patriarchal and heteronormative culture.

Deo added it is more worrisome that most countries in the Pacific region do not have laws designed to protect the rights of women environmental human rights defenders.

“Women environmental human rights defenders are not seen as legitimate by many of our governments, and it is perceived as threatening and labelled as troublemaking, useless and so forth,” she stated.

Deo further stated that “It's really important that Pacific Island governments adopt the principles set out in the UN Declaration on Human Rights Defenders. Adopting these principles as part of laws and legislations is taking immediate steps to protect and promote the rights of human rights defenders.”

This side event-titled “Women’s full and meaningful participation in climate change related decision making” was organised by the Office of the High Commissioner for Human Rights and is one of side events held in the margins of the 14th Triennial conference of Pacific Women drawing more than 1000 delegates across the Pacific through a combination of in person and virtual discussions from the 27 - 29th April,2021. 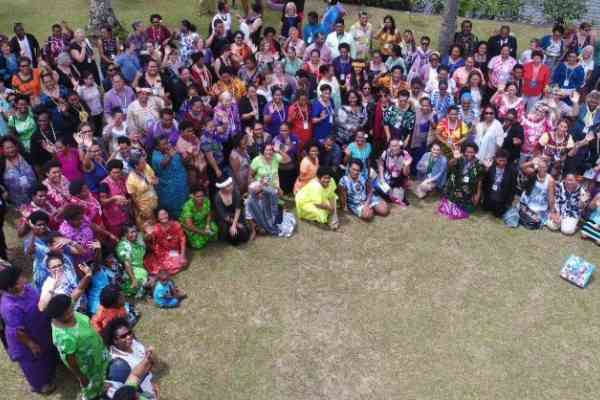 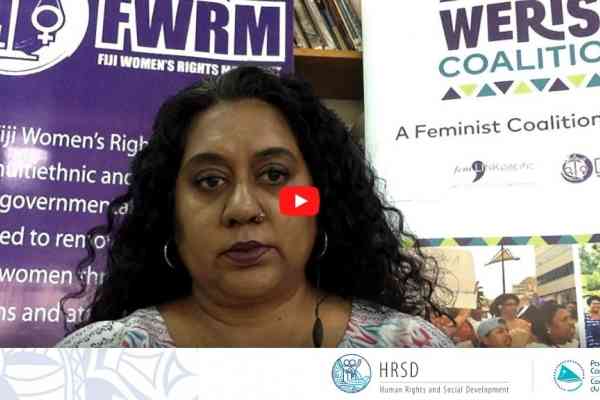