Although it is composed of 98 per cent ocean, the Pacific is one of the world’s regions where availability of freshwater supplies is the most challenging. On Kia Island in Fiji, where access to water is even more uncertain after one of the strongest cyclones on record devastated its infrastructure, a team of scientists and technicians led a mission to identify new underground sources.

Situated off the northern coast of Vanua Levu, Fiji’s second largest island, lies the small but mountainous island of Kia. The remote island lies just inside the Great Sea Reef and boasts lush, unspoiled tropical beauty with a spattering of traditional villages set on beaches surrounded by fertile forest and plantations, a world away from the hub of activity on Fiji’s main island of Viti Levu.

But like many Pacific islands, Kia is particularly vulnerable to climatic shocks. In 2020, Tropical Cyclone Yasa hit the island, leaving its water infrastructure badly damaged. For the inhabitants of Kia, already used to water woes during the dry season, getting safe drinking water became an almost unbearable daily challenge.

Kia’s situation is not unique: the Pacific region has the lowest levels of access to basic water and sanitation services in the world. About 45 per cent of the Pacific’s population still lack access to basic drinking water supplies – and it is also the only region for which this percentage has increased since 2000.

Accelerating access to safe and resilient drinking water is therefore a critical development issue for the Pacific, with profound implications for livelihoods, economic growth, public health, the environment and human rights.

In February 2021, the Pacific Community’s Geoscience, Energy and Maritime Division (GEM)’s Water Resources Unit, in partnership with the Fiji Mineral Resources Department’s hydrogeology and drilling team, and with funding from New Zealand’s Ministry of Foreign Affairs and Trade (MFAT), responded to a request from the Government of Fiji for assistance in identifying freshwater resources.

They travelled to Kia Island to identify potential groundwater sources in Yaro Village, one of the many communities severely affected by Cyclone Yasa. The damage caused by the strong winds left 45 families homeless and with limited access to clean and safe drinking water.

Investigations were conducted using resistivity geophysics, a technique which sends an electrical current into the ground and measures the response. The measurements provide insight into the geology and likely presence of groundwater, which is used to direct drilling in locations with higher potential for groundwater.

Anesh Kumar, who works as a Water Resources Monitoring and Assessment technical officer with GEM, was part of this mission. “The rough terrain was challenging and we had only three days in which to complete the geophysical survey,” he recalled. “The work was made easier by the help we received from the entire community.”

After extensive investigation, three potential drilling targets were identified through the geophysical survey.  The investigation results showed potential for groundwater on Kia Island. After discussions within the team and the principal hydrogeologist at Fiji’s Mineral Resources Department (MRD), Ilaitia Dokonivalu, and with advice from SPC’s Water Resources Unit, the team on the island took GPS locations of proposed drilling targets.

“It was a great feeling to be part of the MRD and SPC team, bringing and sharing skills learnt at SPC to support MRD in undertaking these surveys. We delivered high quality results quickly, which was the basis of securing safe water supply for the community of Yaro,” Kumar said.

Based on the geophysics and the identified groundwater potential, MRD’s drilling team was deployed to Kia Island to undertake explorative work at the three target sites to determine if the groundwater encountered would be sufficient as a water supply source for the community.

MRD’s Acting Director, Raymond Mohammed said: “Fiji’s Mineral Resources Department has a strong and dedicated team of groundwater professionals who regularly undertake geophysical assessments and the drilling, construction and reticulation of village water supply bores across Fiji".“However, Cyclone Yasa saw our resources being stretched as we responded to the needs of Fijian communities for water supplies sourced from groundwater. It was during this period of need that MRD called upon SPC for support. SPC’s GEM Division was quick to offer equipment, expertise, and personnel when we needed it most,” he added.

Following this mission, access to drinking waterr the inhabitants of Yaro was improved, through the drilling and construction by Fiji Governments’ Mineral Resources Department of a fresh water supply bore yielding 0.5L/s,  equipped with a solar powered submersible pump, two 10,000L tanks, a distribution pipe, and two standpipes located in the village. For Mohammed, the excellent collaboration between SPC and MRD teams made it possible to obtain this result.

“It was a team effort, with staff from both MRD and SPC deployed quickly into the field, with the right equipment, the necessary skills, the logistical support, and the backstopping of technical expertise and experience from both organisations, to bring a great result for the community of Yaro,” Mohammed said. “It was a great demonstration of what we can achieve when we work together.” 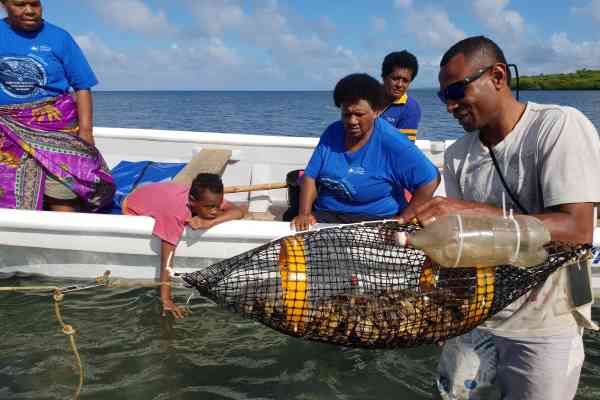 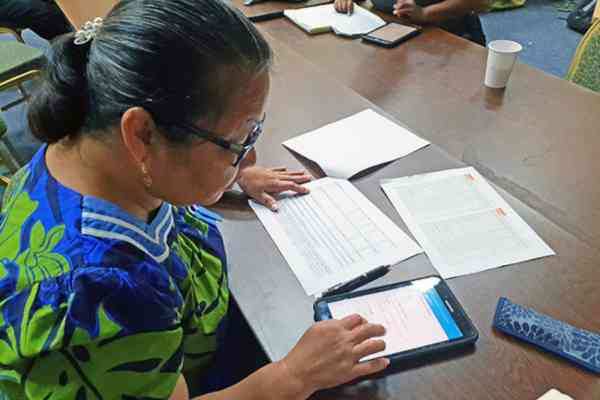