The Pacific Leaders Gender Equality Declaration notes that rates of violence against women in the region were unacceptably high, and that economic opportunities for Pacific women remained limited. Through the Declaration, our Leaders acknowledged that gender inequality was imposing a high personal, social and economic cost on Pacific people and nations, and that improved gender equality would make a significant contribution to creating a prosperous, stable and secure Pacific for current and future generations.

In Vanuatu significant progress is being made on ground-breaking domestic violence legislation, thanks to the strong support and efforts from government and community leaders.

On August 24 this year, the Vanuatu Council of Ministers launched their National Gender Equality Policy (NGEP) highlighting steps taken by Vanuatu and in implementing national domestic violence legislations in the country.

The launch of this key document coincided with the 2nd annual meeting of the Regional Working Group on Domestic Violence/Family Protection Legislation (RWG) which was from 24 – 26 August and brought together representatives from 12 Pacific Island Countries (PICs).

The RWG annual meeting is a space for countries to update on the implementation of their legislation, highlight key areas of need from regional organisations that support countries on responding to domestic violence, and recommend important work needing technical and/or financial support.

Director for Department of Women’s Affairs, Vanuatu, Rothina Ilo Noka believes the NGEP report is a way for Vanuatu to start their discussion at RWG and share their experiences, reflect on good practices, challenges, and learnings to date on the implementation of national DV legislation.

Noka says the NGEP review was in consultation with 37 communities, 220 national, provincial, and civil society stakeholders in all six provinces with an aim to evaluate its progress in advancing gender equality outcome.

“One of the four strategic areas of the NGEP 2015-2019 was reducing domestic and gender-based violence (GBV) and the review indicated there was a major progress in the prevention of GBV through public awareness and advocacy as it made the issue of GBV being widely known,” Noka said.

“The NGEP report also showed there was a limited progress in actively engaging men and boys to end violence against women and girls. There was moderate progress in strengthening and improving protective, social and support services including protection of Women, Children, and person with Disabilities in times of emergencies.”

She further added that the Penal Code provisions that were amended through the Penal Code Amendment Act No. 15 of 2016 was also highlighted in the NGEP report. The amended provisions have increased imprisonment penalty for abduction, incest, unlawful sexual intercourse, and intentional assault.

Noka stated the report showed that despite the Family Protection Act 2008 being in place for over a decade, its implementation has been slow.

“Other challenges in the legislation were that the Penal Code was not amended to criminalise marital rape, sexual harassment and trafficking of women and girls,” she highlighted.

“The Maintenance of Children Act [CAP 46] also was not amended to include adequate provision to hold offenders accountable for the payment of child maintenance and legal fees after court settlement.”.

According to Noka, the Vanuatu Council of Ministers has plans to improve and further strengthen programming on eliminating violence against women and girls in Vanuatu.

The Council of Ministers hope to decentralise their future programmes by targeting other provinces with high prevalence of GBV and plans are also underway to amend the Penal Code to criminalise marital rape, sexual harassment and trafficking of women and girls.

Further to that the NGEP report has also recommended to finalise the Adoption Bill, Child Protection Bill.

“Vanuatu Law Reform Commission and Ministry of Justice and Community Services would also conduct a review of the Family Protection Act," Noka said. 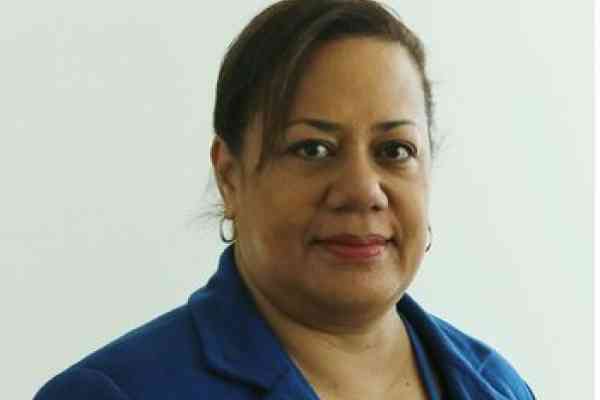