As the world continues to highlight the disproportionate impacts of COVID-19 on marginalised groups, the collaborative effort between Pacific Island governments and civil society organisations in enacting laws for people with disabilities has not gone unnoticed.

On 8 February 2022, Chuuk State in the Federated States of Micronesia passed the Chuuk State Disability Act, which aims to provide accessible services to promote and protect the rights of people with disabilities. The Act mandates the Governor’s office to oversee its implementation.

The passing of the Act is the culmination of an advocacy journey embarked upon by Chuuk Kiche Able United (CKAU), a civil society organisation in Chuuk that believes human rights values are embodied in Pacific cultural values of fairness, equality, protection of the most vulnerable, helping and serving others, participation, dialogue, and consensus-building to establish policy and legal frameworks.

On September 2021, the Bill was introduced by Senator Harris Rain, chairperson of CKAU and a sitting State Senator. The Bill was later referred to the House of Senate and Representatives for further deliberation and passed to become a law in 2022.

Senator Rainn stated, “With the current law, the Government agencies are progressing discussions and exploring ways to utilise existing resources and capabilities to develop accessible services for people with disabilities in Chuuk State.”

The passing of the Chuuk State Disability Act was a milestone achievement for CKAU committee members, who are themselves government officials and also parents to children with disabilities. Their lived experiences have enabled them to make informed contributions to, and influence, the decision-making process and mobilise political will. Despite CKAU not having full-time staff and office space, these challenges have been overcome by the commitment and dedication of committee members to consistently advocate for the recognition of the rights of people with disabilities.

Institutional strengthening was among the first steps taken by CKAU for this work which commenced in 2019. With the support of a grant from the Pacific People Advancing Change (PPAC) programme, CKAU was able to register as a non-profit organisation. To strengthen its governance structure, members underwent continuous capacity strengthening in human rights, gender equality, disability and social inclusion, proposal development, financial management, Pacific-style advocacy, monitoring, and evaluation.

“Finding the right time and the culturally accepted advocacy strategies to advocate for the rights of people with disability was a challenge for CKAU members and through PPAC’s steadfast commitment, the advocacy journey that began in 2019 became a reality and this is the beginning of another journey. CKAU will support the Government in implementing the legislation,” said Dr Ana Maria Yomai, a medical doctor in the Chuuk State Government.

PPAC is implemented by the Pacific Community (SPC).  The program supports Pacific-style advocacy campaigns on a range of critical human rights issues. With funding from the European Union and the Governments of Sweden, Australia, and the United States Agency for International Development, PPAC’s targets CSOs in the Federated State of Micronesia (FSM), Kingdom of Tonga, Republic of the Marshall Islands (RMI), Solomon Islands, Kiribati, Tuvalu, and Vanuatu. The programme includes advocacy training workshops, ongoing mentoring, and provision of small grants. 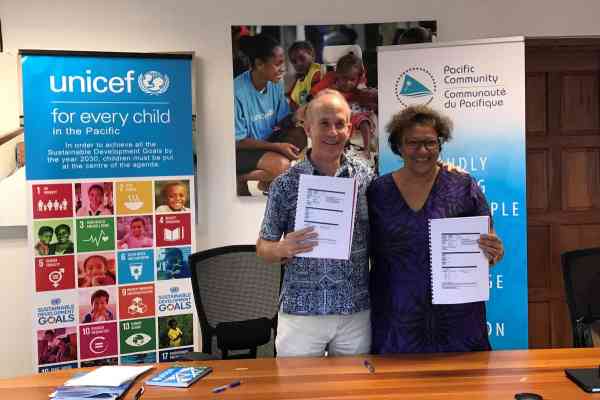