Anyone who has ever used a smartphone app to locate themselves or search for driving directions can appreciate how widespread this technology has become, to the point that it is even taken for granted. ‘Where’ is now at everyone’s fingertips.

On Earth’s dynamic surface, however, ‘where’ we are is constantly changing.

We understand this through Geodesy, the scientific discipline that enables us to define the shape of Earth, how it changes over time, and our position on Earth. Such positioning information is needed to analyse and solve social, economic and environmental challenges and to support sustainable development.

The United Nations acknowledged the importance of ‘where’ in 2015 when the United Nations General Assembly adopted the resolution entitled ‘A Global Geodetic Reference Frame for Sustainable Development’. It provides a mandate for countries to improve geodetic infrastructure necessary to support science and society.

The Global Geodetic Reference Frame (GGRF) or the ‘global grid,’ is the framework that allows us to precisely determine and express locations on the Earth, as well as to quantify changes of the Earth in space and time. Most areas of science and society at large depend on being able to determine positions with a high level of precision.

This is the driving force behind the Fiji Geodetic Datum Campaign - an accurate Geodetic Infrastructure, based on the International Terrestrial Reference Frame (ITRF) that covers the whole of Fiji.

It involves the modernisation of Fiji's Geodetic Datum, a local reference coordinate system that guides survey and mapping activities in Fiji.

The process to reach this point has taken several years but more importantly the collaboration of national, regional and global agencies involved in geodesy and surveying to turn an outdated Geodetic Reference System to one that is now compatible with the international standard geodetic reference.

For Fiji, the journey began in 1978 when the New Zealand Government undertook a review of survey and mapping activities in Fiji and recommended the establishment of a Datum for Fiji.  A geodetic datum is an abstract coordinate system with a reference surface (such as sea level) that serves to provide known locations to begin surveys and create maps. It also recommended the establishment of a datum capable of not only, meeting existing requirements but also those of any future land information system.

In 1983, the Fiji Geodetic Datum 1986 was established but is now outdated compared to international standard.

"We are using modern technology to do geospatial activity and also surveying activity. We have to do a transformation exercise using software in order to come back to a local datum. So that gives us a lot of un-economical expenses in terms of processing the data and transform that data back in to local datum." explained Fiji's Surveyor General, Asakaia Tabua.

Thus began the process for Fiji to recognize the importance of adopting the international reference systems.

The aim was to strengthen the Continuously Operating Reference System (CORS), a network of stations that provide global navigation satellite system data, around the country.

Through the work of the Fiji Geodetic Datum project, the country now has eight COR stations (CORS). These are located in Labasa and Nabouwalu in Vanua Levu; Taveuni; Kadavu; Koro Island; Lakeba and Ono-i-Lau in the Lau Islands and in Rotuma. This is in addition to the CORS in Lautoka and Suva, which has been in operation for more than a decade.

This process was led by the Control Section of the Department of Lands and Survey, responsible for the country's geodetic infrastructure.

Conducted in three phases between November 2019 and February 2020, the project involved more than 60 personnel and was undertaken by the Department of Lands and Survey, the Fiji Hydrographic Service, the Fiji Navy, and the Pacific Community (SPC). The geodetic surveys commenced in November 2019, and a total of one hundred and ninety-three (193) geodetic control stations were occupied using the GPS/GNSS technology.

"When we started we didn't know or didn't have that knowledge to really complete the whole process. We went up until the infrastructure part, the construction part from there the technical know-how came in so that's when it came in really handy from SPC's assistance. For most of us it was a new thing for us. It was a very good learning experience for us. It has actually broadened our knowledge about what has to be done. There are a lot of things to learn. Our expectation was to learn more what has to be done, what will be done in the future and how to maintain whatever we have done so far." said Sanjesh Kumar, Principal Surveyor.

The modernisation of Fiji's Geodetic Datum system has many benefits.

"If you take the perspective of surveyors, for example, how it benefits the surveyors. We have done an analysis on our survey to do for example using Total station and also using GNSS based on international reference system. It took us one day to process the data. Conventional method takes one week to produce a result. So that is how economical datum is in terms its linkage to technology that is available now." Asakaia Tabua, Fiji's Surveyor General.

"It benefits other areas such as precise positioning for the maritime sector. Precise positioning is very important for ships. This is why the Fiji Hydrographic Office is involved in the project, they have to upgrade their chart to an international reference system." he added.

This project highlighted the collaboration between various agencies and the opportunity to build capacity.

Phase 1 saw the involvement of surveyors from Tuvalu and it was also an opportunity for female naval officers to participate.

Naomi Naitivau, a Survey Recorder with the Fiji Hydrographic Office, participated in Lau and Vatulele.

"During the first phase I went to Lakeba. In the survey field its mostly male dominated so I was fortunate to be part of the group of five girls in the datum change project. It was really challenging but I got to learn a lot from my land survey colleagues. We use the same concepts but different software. We get to share our ideas and concepts with lands surveyors."

"After the field campaign, one thing we have noticed here is the consistency in performance especially to do with field work for GNSS surveys. We want to build on this knowledge that we have gained, have a series of capacity building workshops and seek further assistance from SPC and keep on building knowledge for our staff." Sanjesh Kumar, Principal Surveyor.

The compilation of the data and its analysis was supported by SPC Geodetic Survey team and Geoscience Australia through the Climate and Oceans Support Program in the Pacific (COSPPac).

"The support provided to the Fiji Geodetic Control Survey team in building and enhancing capacity, for the complete management of the geodetic datasets and survey information of the project in modernising the geodetic datum. The teams have been working together, through attachment, virtually, remotely and substantively to build capacity and compile all the geodetic survey data and information, since March 2021." Dr. Raijeli Taga, Permanent Secretary, Ministry of Lands and Mineral Resources.

"Once datum is established then we will review the relevant policies, legislation, regulation or we have to formulate new ones. For example, accessing data from the COR stations there is no regulation at the moment. We want to intensify the CORS network so we can have less than 50km distance between each CORS station so it is more accessible to our users.  It also provides more accurate information." Asakaia Tabua, Surveyor General.

Fiji Geodetic Datum Surveys Campaign Sites as per phase, 1, 2 and 3 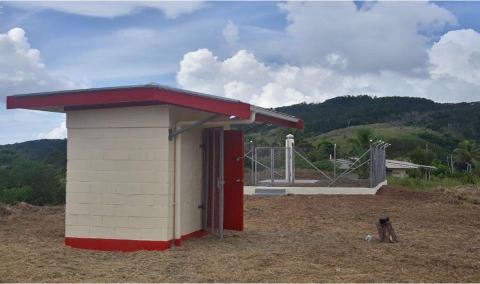 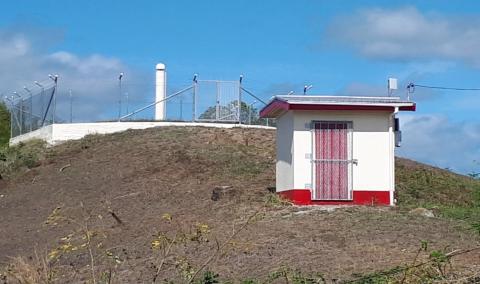 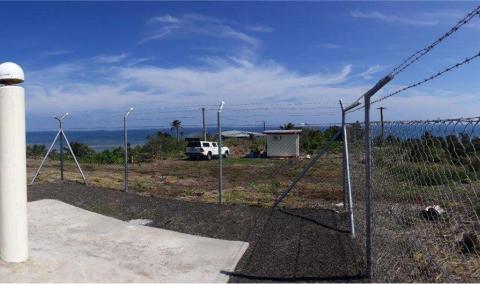