Series of SPC stories for 16 Days of Activism against Gender-Based Violence (GBV) 2022, demonstrating how science and technical support contributes to ending GBV.

More women are being included alongside men community leaders, government officials and other stakeholders who make decisions about how fishing is managed along Pacific coastlines.

“I support regional and national fisheries agencies, and non-state actors to support gender and social inclusion to be integrated within their areas of work at technical areas and also a policy level,” said Margaret Fox, Gender Equality and Social Inclusion (GESI) Adviser for Fisheries at the Pacific Community (SPC).

“This work is critical to highlight the important contributions of women fishers and other women to the fisheries sector, both now and in the future, including the challenges that they face,” she said.

In her role, Margaret provides technical advice and guidance to several fisheries initiatives including the community-based fisheries management (CBFM).

In the Pacific, there are many communities involved in the management of their own coastal fisheries, which are often small and isolated groups, or ‘pockets'. Bringing a large number of community-based fisheries management (CBFM) pockets together – termed ‘scaling-up’ – on a national or regional basis creates a large collective of people able to share learnings, work together and influence fisheries decisions.

In this way, they can harness collective community action to bolster effective coastal fisheries management across the region, including recognising the importance of having voices of women heard equally alongside men .

This is changing, with traditional leaders increasingly considering the voices of women plus marginalised groups, such as people with disabilities.

Results of the CBFM scaling-up process show that, in the past few years, fisheries stakeholders including community leaders are including more women, disabled people and marginalised groups In decision making for fisheries.

CBFM is implemented by SPC and the Locally Managed Marine Area (LMMA) Network, which is part of the broader Pacific-European Union (EU) Marine Partnership (PEUMP) Programme funded by the European Union (EU) and the Government of Sweden and implemented by several regional and international organisations. A key objective for PEUMP is to promote greater recognition of gender issues to ensure inclusiveness and positive changes for Pacific Island people.

This story is part of a series being published by SPC during this year’s 16 Days of Activism against Gender-based Violence (GBV) to demonstrate how science and technical approaches directly contribute to gender equality and ending violence against women and girls (VAWG). Refer to this year’s SPC 16 Days web-page for more details: https://www.spc.int/events/16-days-of-activism-against-gender-based-violence-2022

Background:
The Pacific-European Union Marine Partnership (PEUMP) Programme addresses some of the most serious challenges faced by Pacific countries. Among these are the increasing depletion of coastal fisheries resources; the threats to marine biodiversity, including negative impacts of climate change and disasters; the uneven contribution of oceanic fisheries to national economic development; the need for improved education and training; and the need to mainstream a rights-based approach and to promote greater recognition of gender issues to ensure inclusiveness and positive changes for Pacific Island people.  This seven-year PEUMP programme is funded by the European Union (EUR 35 million) and the Government of Sweden (EUR 10 million). It is implemented by the Pacific Community (SPC), the Forum Fisheries Agency (FFA), the Secretariat of the Pacific Regional Environment Programme (SPREP) and the University of the South Pacific (USP) in close collaboration with Non-Government Organisations and the national authorities. 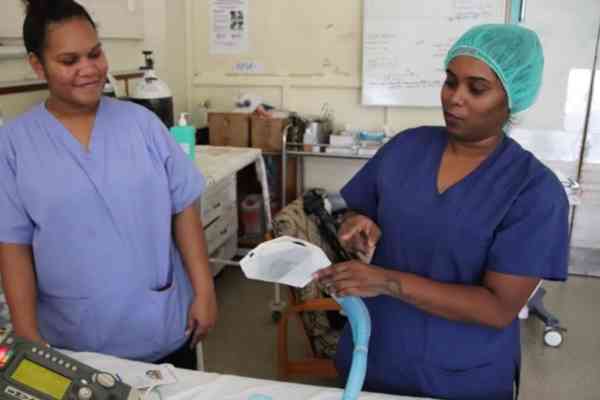