In August 2012, Pacific Leaders issued a declaration expressing their concern that progress in the region towards gender equality was slow.  The Pacific Leaders Gender Equality Declaration noted that women’s representation in Pacific legislatures remained the lowest in the world, that rates of violence against women in the region were unacceptably high, and that economic opportunities for Pacific women remained limited.  Through the Declaration, our Leaders acknowledged that gender inequality was imposing a high personal, social and economic cost on Pacific people and nations, and that improved gender equality would make a significant contribution to creating a prosperous, stable and secure Pacific for current and future generations.  The Declaration concluded with our Leaders committing to work at national levels to progress gender equality through gender responsive government programs and policies, decision making, economic empowerment, ending violence against women, and health and education.

Nine years on, the Pacific Islands Forum Secretariat has commenced a review of the Gender Equality Declaration to evaluate its effectiveness, relevance, impact and sustainability, in advancing the status of Pacific women and girls.  While the review is yet to be finalised, clearly there has been some progress towards improving the status of women and girls since 2012.  These should be celebrated – for example, the Pacific now compares favourably with global averages when it comes to women’s leadership in business, all Pacific Island countries have adopted gender policies and strategies.

However, significant work remains, including in three key areas of concern to the Pacific Leaders at the time of the Declaration – women’s leadership, violence against women and girls, and economic opportunities for women.  Pacific Island countries continue to have the lowest representation of women in national parliaments across the globe – women make up just 7% of representatives in national parliaments in the region (compared to around 25% globally) with Samoa being the only country in the region with a woman at the helm of government.  Meanwhile, rates of violence against women and girls in the Pacific continue to remain amongst the highest in the world.  In the area of economic opportunities, men outnumber women by 2:1 in formal employment.

In 2019, the Regional Working Group (‘RWG’) on the Implementation of Domestic Violence Legislation was established to better address violence against women and girls across the Pacific. With representation from 11 Pacific Island countries, the RWG brings together high-level government representatives from ministries with responsibility for national domestic violence legislation to: share information and good practices on implementing domestic violence legislation; agree on regional priorities to support more effective implementation of the legislation and thereby help reduce violence against women and girls; and implement regional strategies and initiatives to address these regional priorities.  The idea is to ensure a more collaborative, coherent and regional approach to addressing domestic violence in the Pacific.

The RWG is having its second annual meeting from 24-26 August.  This meeting is especially timely given the review of the Gender Equality Declaration as well the dramatic increase in domestic violence cases since the onset of the COVID-19 pandemic in the region.  The toll-free national helpline in Fiji recorded a 300% increase in domestic violence-related calls in the month after curfews and lockdowns were implemented, with 527 recorded calls in April 2020, compared with 87 and 187 calls in February and March respectively.  Samoa recorded a 150% increase in helpline calls when compared to numbers seen in the same period in 2019.  Women’s groups have linked the increase in domestic violence to the rise in unemployment and financial difficulties which have resulted from the pandemic.  Because of the restrictions resulting from lockdown and curfew measures, women are in a more vulnerable position to acts of violence at home and are less able to access domestic violence services.

The RWG will reﬂect on good practices and lessons learned in implementing domestic violence legislation during the COVID-19 pandemic and during recent natural disasters (tropical cyclones Harold in early 2020 and Yasa and Ana in late 2020 and early 2021).  The objective is to develop a set of recommendations on practices for their respective governments to consider adopting during similar situations in the future.  The RWG will also consider how Pacific governments can collaborate to implement the key recommendations on addressing gender-based violence which came out of the 14th Triennial Conference of Pacific Women held in April 2021.

Violence against women and girls is a manifestation of gender inequality.  Measures to address gender-based violence can only be effective if they also seek to enhance gender equality and women’s agency in the region more broadly or are closely linked to activities which seek to achieve these outcomes.  This context – and how to enhance women’s economic empowerment and participation in leadership and decision-making at all levels of society – will be at the forefront of the RWG’s deliberations this week.

The RWG was a key outcome of the ‘Regional Consultation on the Implementation of Domestic Violence Legislation: from Law to Practice’ meeting held in 2018.  The RWG currently has representation from the Cook Islands, the Federated States of Micronesia through Kosrae State and Pohnpei State, Fiji, Kiribati, the Republic of the Marshall Islands, Nauru, Samoa, the Solomon Islands, Tonga, Tuvalu and Vanuatu.  It is a platform for Pacific Island countries to share information and good practices in relation to the implementation of domestic violence legislation, and a mechanism to implement regional strategies and initiatives to improve the region’s response to violence against women and girls within the context of enhancing gender equality and women’s agency.

Note:
The 2nd RWG meeting will be conducted virtually from 23-25 August for the Cook Islands and from 24-26 August for the rest of the RWG member countries. 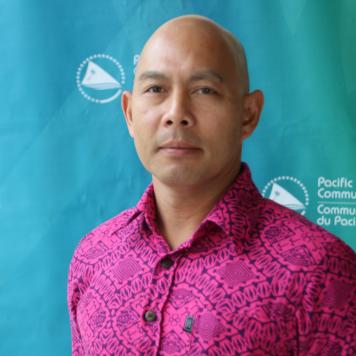 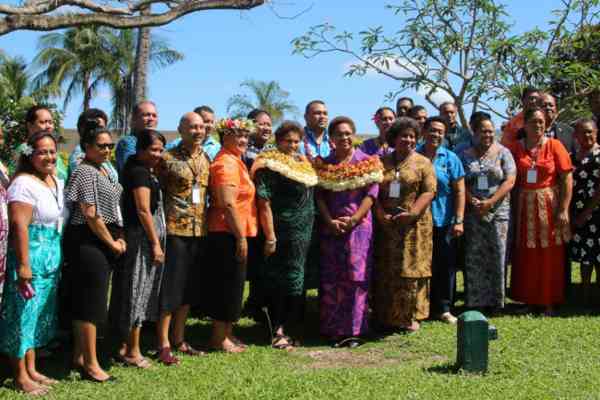