Tuvalu’s farmers have watched their crops destroyed by extreme tropical weather. They are now using Funafala 'food cubes' to have greater control over their harvests.

CANBERRA, Australia , Oct 13 2021 (IPS) - Tuvalu, a small atoll island nation in the Central Pacific Ocean, is one of few countries in the world to have so far evaded the pandemic. But, while it has achieved a milestone with no recorded cases of COVID-19, its population of about 11,931 continues to battle food uncertainties and poor nutrition. These challenges, present long before the pandemic emerged, have been exacerbated by lockdown restrictions and economic hardships during the past year and a half.

In the low-lying island country, people have strived to grow food with “lack of access to land, lack of compost for growing food and, more so, with high tides and cyclones flooding the land with seawater,” Teuleala Manuella-Morris, Country Manager for the environmental and development organization, Live & Learn, in the capital, Funafuti, told IPS.

For years the islanders have watched their food gardens destroyed by extreme tropical weather and disasters, such as cyclones and tidal surges. These factors have contributed to their increasing consumption of imported foods.  But now, the future is looking more certain with the introduction of an innovative farming system on Funafala, an islet situated close to the main Funafuti Island.

The new farming method is based on a modular structure of specially designed boxes, known as ‘food cubes’, which give local food growers greater control over their harvests.

“Tuvalu, as an atoll nation, has a range of agricultural production challenges and also relies on imported food. The pandemic has also affected food supply chains. So, considering such challenges, there was a shift in policy in trying to strengthen food security programs. In the meantime, we were already piloting the food cube system in Tuvalu. It fits perfectly well with the shift in policy focus for food security for the country,” Gibson Susumu, Head of Sustainable Agriculture in the Land Resources Division of the regional development organization, Pacific Community, which is guiding the project’s implementation, told IPS.

Issues of declining agricultural production and persistent malnutrition have existed across the Pacific Islands for decades. Before the pandemic in 2019, 49.6 percent of Oceania’s population of an estimated 11.9 million endured moderate to severe food insecurity, reports the United Nations Food and Agriculture Organization (FAO).  Although stunting afflicts 10 percent of children under five years in Tuvalu, which is well below the regional average, the country carries a heavy burden of Non-Communicable Diseases (NCDs). Eighty percent of men and 83.8 percent of women were classified as overweight in Tuvalu in 2016, cites the Global Nutrition Report, while diabetes afflicts 23.1 percent of adults, according to the World Health Organization.

On Funafala, a vast interlocking array of boxes, raised above the ground, creates a patchwork field of green abundance. The ‘field’ contains 80-100 cubes spread over an area of 1.2 acres in which fruit and vegetables are being grown for more than 16 local households. Each ‘food cube’, which is one-metre square and 30 centimetres deep, is manufactured from 80 percent recycled food-grade plastic and designed with features that expose the plants grown within to oxygen and controlled irrigation.

“The Funafala garden has showcased the growing of local foods, like pulaka (giant swamp taro), taro, local figs, cassava, dwarf bananas and dwarf pawpaw trees…It is not only providing more food for the community but has also proven that the food cubes are another way of growing food in areas being flooded with seawater while maintaining soil fertility for more planting. At the same time, it saves water,” Manuella-Morris told IPS.

The ‘food cube’ was designed and produced by Biofilta, an Australian company developing modular urban farming systems six years ago. In 2017, the business won a worldwide competition called LAUNCH Food, commissioned by the Australian Department of Foreign Affairs and Trade to reward new solutions to the global issue of poor nutrition.

“To put it into a food security context, I think those food cubes will be able to produce up to 150 kilograms of vegetables and greens for a year, and that is sufficient to meet the green vegetable requirements for the member households,” Susumu said.

Biofilta claims that the system is “raised, so there is no risk of saltwater inundation, and our wicking technology is extremely water-efficient, using only a fraction of the water needed in conventional agriculture.” These are important features, as Tuvalu possesses no renewable water resources and its point of highest elevation above sea level is only 5 metres. Further, the farm uses compost, specifically tailored to the country’s soil needs by the Australian Centre for International Agricultural Research (ACIAR), which also draws on ingredients from the island’s green waste treatment facility.

Another key partner, Live & Learn, has expanded trials of the farming system on other islands in Tuvalu. The long-term goal is better health outcomes and longer productive lives for islanders. “Because of agricultural challenges, the diet diversity is very low…So, with the diversification of the production systems, it means that the households have more access to healthy diets, and if the surpluses can be marketed, it also supports the income side of the households,” Susumu explained.

The Pacific Community also plans to consult with the government, local communities, and farmers to determine appropriate prices for the commercial sale of surplus fresh produce from the farms so that healthy food remains affordable to everyone.

More widely, the initiative is responding to calls from organizations, such as the FAO, to rethink food systems around the world so that smarter production leads to increased supplies of quality food, reduced pressures on finite natural resources, such as land and water, and the lower impact of agricultural practices on global warming.

The success of the ‘food cubes’ in Tuvalu has sparked enthusiasm by other Pacific Island countries, such as the Cook Islands and Fiji, where it’s also being trialled. 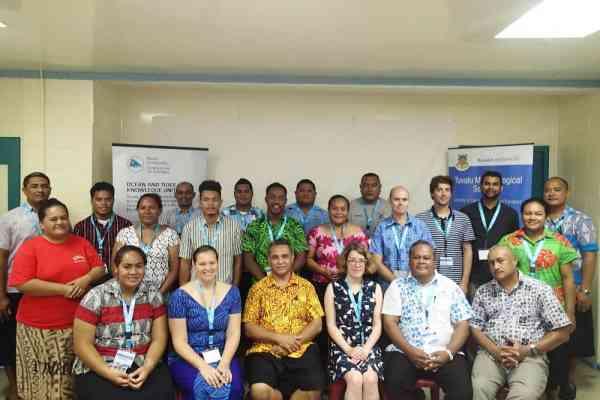 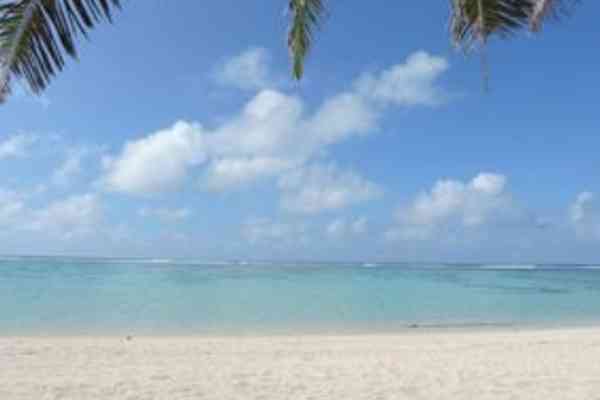