The regional meeting, which brings together heads of the public service, central planning, statistics, environment, education and women’s affairs from 13 Pacific Island governments aims to familiarise participants with gender mainstreaming including gender statistics methods and tools in developing strategic approaches to support gender mainstreaming across governments in the region.

The three-day workshop is an activity under the Progressing Gender Equality in Pacific Island Countries (PGEP) initiative, managed by the Pacific Community (SPC) and funded by the Government of Australia through the Pacific Women Shaping Pacific Development program.

According to Parmesh Chand, Director of the University of the South Pacific based Pacific Island Centre for Public Administration (PICPA), “A survey of work place policies carried out by PICPA showed that most countries studied have taken progressive steps to socialise public service policies. These governments are also taking measures to ensure gender is integrated either through trainings offered or through human resource policies.”

In her welcome remarks, Leituala Kuiniselani Toelupe Tago – Elisara, Director of the Pacific Community’s (SPC) Social Development Programme (SDP) said, “It is not just about the financial resources we can bring to the table but it is also about how our regional work and the mandates we hold, support and help progress gender mainstreaming.”

Director Toelupe Tago - Elisara made these remarks recognising the critical role and mandate of PICPA in their work with central agencies like public service commissions and ministries responsible for the administration and running of the public service.

In reflecting on lessons learnt over the past decade, the Australian High Commission’s (Fiji) First Secretary, Suzanne Bent, said, “Advancing gender mainstreaming requires much more than good gender analysis. Critical to the success of gender mainstreaming is commitment of senior management, the establishment of accountability mechanisms and making gender equality part of everyone’s work.”

While the mandate for gender equality lies with the Ministries and Departments responsible for women’s affairs and gender equality, the central agencies have broader mandates related to human resource development, financing and planning. The mandated authority of these central agencies places them in a strategic position to leverage a ‘whole of public sector approach’ to gender mainstreaming.

The meeting will conclude on 1 June, with the identification of measures to be implemented by central agencies to support gender mainstreaming and sustain the production and use of gender statistics. 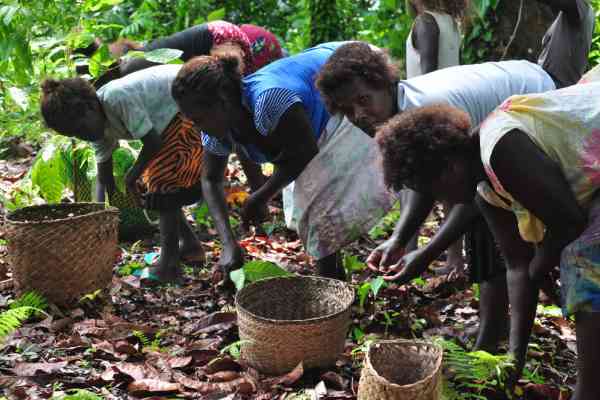