Thirteen technical officers from the governments of Vanuatu and Solomon Islands have received specialised software training and equipment needed to map and define their maritime zones, including extended continental shelf (ECS) areas.

The two nationally hosted trainings, funded by the United Kingdom and delivered in partnership with the Pacific Community (SPC) under the Pacific Extended Continental Shelf Project, served to strengthen ocean governance through improved local knowledge and technical skills.

Mr. Toney Tevi, the Director of the Vanuatu Ocean Affairs Office said, “The Government of Vanuatu will benefit immensely from this software as it prepares to establish a New Ministry of Fisheries, Ocean and Maritime.”

Mr David Natonga, the Solomon Islands Director Petroleum Ministry of Mines, Energy and Rural Electrification said, “The training helped me think more deeply about the work we will be doing on the ECS project in coming months.”

A country has exclusive, sovereign rights to conserve, manage, or explore seabed resources such as oil and gas, bottom-dwelling creatures such as clams, crabs, and corals, and deep sea minerals within their ECS.

“Until these areas are secured, Pacific islands may not be in a position to achieve their blue economy aspirations. We’re very pleased to be able to support the ongoing work of the Pacific Maritime Boundaries Consortium, as coordinated by SPC,” said Ms Nicola Noble, acting British High Commissioner to the Solomon Islands.

Mapping and declaring these ECS areas, however, is a complex process. To complete a submission to the UN Commission on the Limits of the Continental Shelf (CLCS) requires specialised geoscience expertise and deep sea data which is not always readily available in the Pacific. In addition, submissions may wait years in the queue before they are reviewed by the CLCS.

“One of the challenges we’ve seen across the region has been the loss of institutional knowledge at the national level,” said SPC Deputy Director General Science and Capability, Dr. Paula Vivili. “The people who drove much of this work when it began in 2005 have moved on or started to retire.”

These trainings are getting the next generation of maritime zone experts ready to continue this critical work. The majority of trainees were early career professionals with expertise in geospatial analysis, hydrography, and geoscience who gained familiarity with the software for the first time.

Trainee Mr John Dalomae, Senior Officer, Safety of Navigation from the Solomon Islands said, “The training was relevant to my work with bathymetric data and gave me insight into the processes of analysing different marine geo-scientific data and producing the documentation needed for an extended continental shelf submission in relation to UNCLOS Article 76.”

A trainee from Vanuatu’s Fisheries Compliance Division, Mr Jino Suaki commented on some of the other useful applications of Geocap, "We know where the vessels are fishing, we know how much they are catching but with high resolution 3D bathymetric modelling software like Geocap, we now have a clearer picture and 3D view of the seabed. This will play a fundamental role in discovering new fishing areas."

All four project countries will also receive two high-end laptops, fully equipped with the specifications and software packages required to undertake this analysis.

Three trainings under the Pacific ECS Project have been hosted this year in Fiji, Vanuatu, and the Solomon Islands, with a similar training planned in Tonga for 2023. Launched in July 2021 under the UK’s Conflict, Stability, and Security Fund, the project is supporting these countries to build local capacity, procure specialised software and hardware, acquire data, and, where required, engage experts in geophysics and legal drafting to help progress ECS submissions. 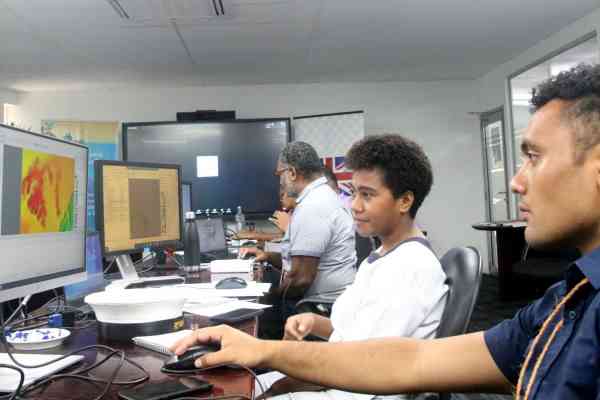 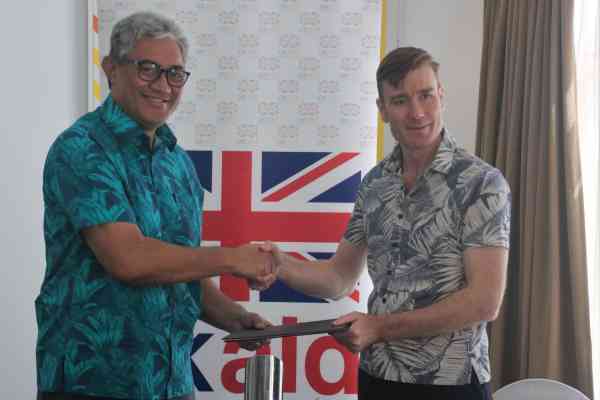 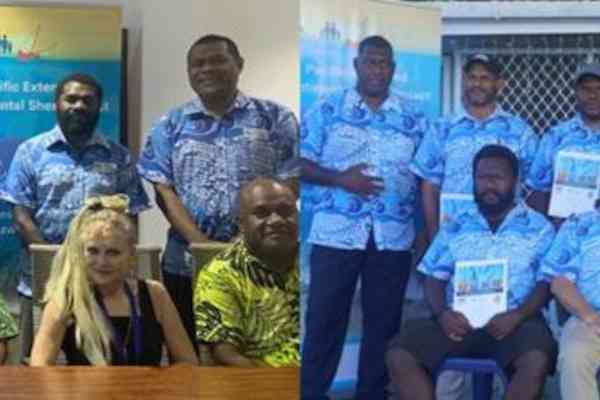