An outbreak of the Avian Influenza (AI) affecting several poultry farms has been reported in the Australian state of Victoria. The highly pathogenic Avian influenza, otherwise known as ‘AI’, is a serious poultry disease that can cause high mortality in bird species used for commercial purposes.

The Pacific Community's (SPC) Animal Health and Production (AH&P) and Biosecurity teams are working together to consult and raise awareness with regional focal points and networks on the outbreak of AI in Australia, which is being closely monitored by AH&P and biosecurity officers working at the borders.

SPC is encouraging all Pacific countries to maintain strict quarantine controls to prevent the introduction of the virus. SPC AHP technician, Ms. Elenoa Salele is calling on countries to test and strengthen their national preparedness plans.  “The cost in both financial and human terms can be heavy if we are not prepared, said Ms. Salele. “We also need to get the message out to colleagues in the health and animal sectors and other sectors, and to communities. People need to know in simple terms what ‘avian influenza’ and ‘influenza pandemic’ mean, what effects they have, how they are spread, what they need to look out for, how they should respond if there is an outbreak, and how they can look after themselves during an outbreak.”

Three different strains of the avian flu have been identified by Victoria Agriculture: AI H7N7 was detected at an egg farm in the Golden Plains Shire, AI H7N6 at an emu farm near Kerang in the Gannawarra Shire, while AI H5N2 was detected in poultry at a property in Lethbridge, and another near Bairnsdale. A total of six farms have reportedly been affected by AI since the first farm detection on 31 July 2020.

While most AI viruses do not infect humans, some viruses such as the H5N1 strains have caused serious infections in people.

Infection
Infection of susceptible birds is by direct contact. The virus is excreted in the faeces and mucous discharges from the eyes and nasal chambers. Mechanical spread between farms is also common. The highly pathogenic form of the disease now occurs only rarely.

Clinical Signs
In outbreaks of highly pathogenic forms of the disease, look for the following signs:

Control
The maintenance of strict quarantine controls to prevent the introduction of the virus is essential. The diagnosis of AI will usually cause other countries to apply restrictions on the import of poultry products until the disease has been shown to be contained.

Slaughter, or “stamping-out” policies are usually applied to prevent the spread of the virus if the outbreak is confined to certain areas. This has been applied effectively in recent outbreaks in Australia.

Who is at risk?
Those people who come into close contact with infected birds or their secretions or are close contacts of confirmed cases are considered at risk.

Symptoms and transmission
AI viruses can infect people following close contact with infected poultry or materials contaminated with the virus such as feathers, faeces or other waste from poultry facilities.

Humans infected with an AI virus do not easily transmit the infection to others. When this has occurred, it seems to have been due to close contact with a sick person over several days.

Eating properly cooked poultry products including chicken or eggs does not result in AI.

Recommended quarantine and biosecurity at the border
Strict inspections of all Avian products, including poultry products, edible eggs and live birds from Victoria Australia until further notice.

Recommended quarantine and biosecurity post-border
Ongoing AH&P Monitoring and surveillance for Avian Influenza by biosecurity and Ministry of Agriculture authorities in member countries and the region on existing poultry farms and free-range birds based on the clinical signs mentioned above. 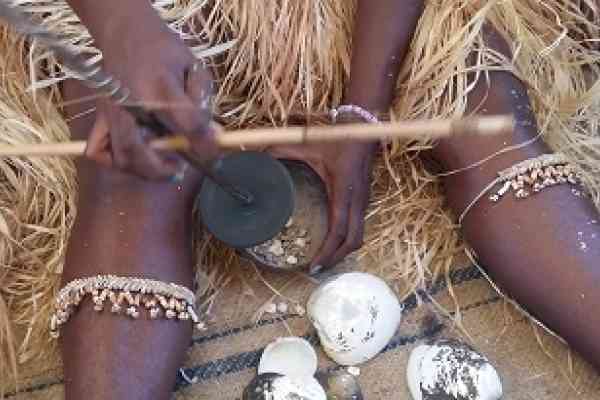