“Resilience in the face of a changing climate is a consistent theme and a declared priority for all Pacific Islands nations,” said the Honourable Prime Minister. “This station is a concrete example of Tonga’s commitment to Pacific Resilience. I am confident that the data it captures will help the Tongan people be better prepared the future.”

Speaking at the commissioning event, Australian High Commissioner Andrew Ford said, “Australia is very pleased to provide this kind of practical assistance in Tonga. An understanding of the tides is important for local shipping, tourism, disaster preparedness, rural livelihoods, and a whole range of other activities. We’re also proud of Australia’s long term investment in sea level monitoring across the Pacific and the role the tide gauges play helping us all understand the impacts of climate change.”

Installed in June of this year, this station is the newest and most technologically advanced in the network.  It features the traditional acoustic sensor used to monitor sea level around the world, as well as two radar sensors and a pressure sensor to simultaneously measure changes in water level. It includes an in-built Automatic Weather Station, measuring barometric pressure, air temperature, wind speed and direction and water temperature and sends the data every minute via satellite communications so it can be viewed in real time online and via direct link to the Fua’amotu Weather Forecasting Center.

“The old tide gauge was very useful for Tonga Met in monitoring storm surge, wind and weather during Tropical Cyclone Gita, as those instruments were the only ones not completely destroyed by the storm,” said Tonga Meteorological Director Mr ‘Ofa Fa’anunu. “We’re glad to have this new tide gauge in a location with less vessel traffic. The station also contributes to the region’s tsunami monitoring network, so it provides value across the Pacific.”

As with the new stations recently established in Niue and Tuvalu, it is the third in the region with an on-site Global Navigational Satellite System for monitoring movement of the station itself, relative to sea level.

“This installation represents nearly 30 years of scientific collaboration across the Pacific,” said SPC Deputy Director General Dr Audrey Aumua to those gathered for the commissioning. “The result is a unique and continuous record of high quality data which has proven its value many times over. SPC has used the data collected by stations such as this one to model tsunami threats, upgrade navigational charts, and delimit maritime boundaries across the region.”

Mr. Fa’anunu also advises the public that the tide gauge station contains very sensitive equipment and should not be tampered with. The platforms supporting the equipment should not be used for fishing or mooring boats.

The installation was a team effort by technicians from the Australian Bureau of Meteorology, Geoscience Australia, the Pacific Community, the Ministry of Meteorology, Energy, Information, Disaster Management, Climate Change and Communications (MEIDECC), Ports Authority and local Tongan contractors.

Since its inception in 2012, the Australian-funded climate and oceans support program has worked to build the capacity of Pacific Island Meteorological Services and other relevant agencies to understand and apply climate, ocean and sea level information for the benefit of island governments and communities. The programme is implemented in partnership by the Australian Bureau of Meteorology, Geoscience Australia, SPC, and the Secretariat of the Pacific Regional Environment Programme (SPREP).

About Us:
The Pacific Community (SPC) is an international development organisation gathering 26 Member Countries and Territories. Since 1947, SPC has proudly supported development in the Pacific as the principal scientific and technical organization for the region. Learn more at www.spc.int. 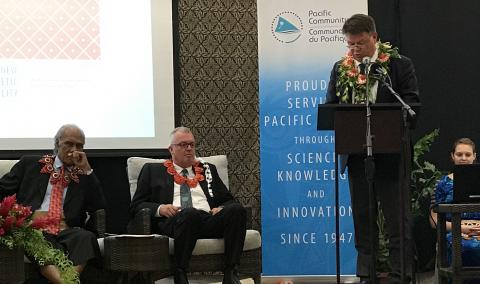 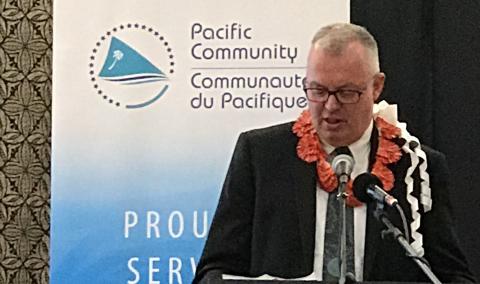 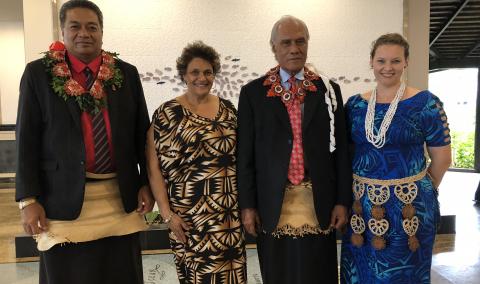 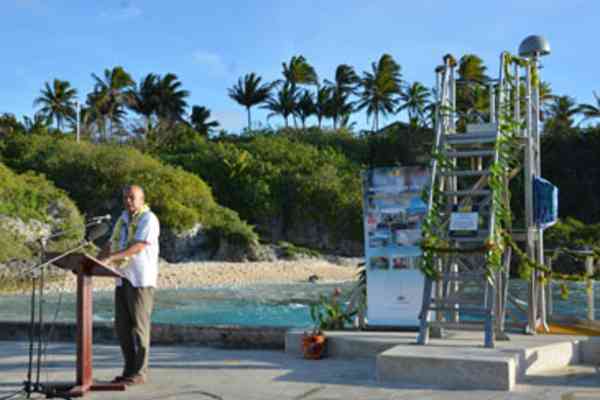