In a world of plenty, climate-smart seed is conspicuously scarce

The effects of climate change are highly visible around the world, and examples illustrating the challenges faced by regions abound. The Pacific is no exception – a particularly vulnerable region when it concerns the impacts of climate change.  Rising sea levels threaten the existence of many small island developing states (SIDS) and in particular, low lying atolls; land productivity is on the decline due to processes of accelerated erosion and poor governance, while the incidence of pests and diseases is markedly on the increase. To make things worse, farmers often do not have timely access to the right planting materials, and move to urban areas to pursue other non-agricultural livelihoods.

In an era of globalisation, it is important to contextualise these challenges, with the constraints faced in the Pacific having potential influences on other regions, and vice versa. We must refrain from thinking of the Pacific as an isolated region, and draw parallels from the experiences of farmers in the Pacific, to those in other regions where climate change continues to threaten people’s food security.

In East and Central Africa, it is estimated that an increase in temperature by just one degree Celsius increases the population of the Whitefly, which is the vector[1 that carries the Mosaic and Brown Streak viruses – threatening food security of millions of people in the Great Lakes Region – and therefore affecting  the peace process of the conflict in that area. Closer to home, the 1993 outbreak of Taro Leaf Blight in the Pacific negatively affected yields of a principal food security crop and export commodity, continuing to threaten the right to food of thousands in small island communities.

The 1993 outbreak of Taro Leaf blight forced researchers to scout for local and international taro cultivars with traits of tolerance.  When leaf blight eventually emerged in West Africa in 2010, national and international partners tapped into the Pacific Community’s (SPC’s) Taro Collection, making appropriate seedlings available to their stakeholders across the region as part of a global initiative to respond to these shocks.

The scale of these problems increases vulnerability of farmers who are not as adequately prepared to respond to change or shocks, let alone manage their daily food needs. Globalisation poses an additional bio-security threat, in that a pest emerging – for example in Samoa – may have dire consequences for a similar incursion across the ocean in Nigeria.

There are other examples demonstrating the positive impact of innovative seed systems development in Africa, from which the Pacific could draw lessons.

In Central Africa, for example, smallholders worked with international research consortia (such as the International Institute of Tropical Agriculture and Bioversity International) to evaluate and scale out new varieties of Cassava-tolerant to Brown Streak disease, keeping its incidence to a minimum and maintaining good phyto-sanitary conditions.  In the Sahel, farmers revolutionised cereal production systems by introducing early-maturing, drought-tolerant maize and dual-purpose sorghum varieties that were developed using local landraces.

A project funded by the Bill and Melinda Gates Foundation (BMGF) resulted in vegetables (exotics such as tomatoes, onions and peppers; and non-exotics such as amaranths and African eggplant) being selected and screened, and eventually being released for public or private sector use. While the focus was hybrid seeds of exotic vegetables initially, it quickly shifted to the promotion of more traditional – open pollinated – local varieties. This provided farmers (with a high number being females and youth) to engage in home garden development and to enter a market with highly nutritious food.

SPC is uniquely placed to lead an effective seed systems programme as a mechanism to adapt to climate change through its Centre for Pacific Crops and Trees (CePaCT).

CePaCT stores the largest collection of taro in the world, alongside other roots and tubers, with the ability to provide suitable varieties to countries both in the Pacific and across the world in times of need (which it has done on many occasions). Over the past 12 years CePaCT has distributed over 70,000 plantlets of 13 crops to 51 countries worldwide, including all 26 members of SPC. CePaCT has not only laid a strong foundation for an effective seed systems programme in the region, but also for sustainable, climate-smart agriculture and resilient markets. It has the potential to become a key player globally, as the nexus for a decentralised Roots and Tubers seed system.

So, how do we harness all of this potential and knowledge in the Pacific and make seed the key element for climate-smart food security?

In principle, SPC’s Land Resources Division (LRD) must lead advocacy around the values and intent of CePaCT. Only then can we ascertain the exact needs and priorities of countries requesting support. LRD will move to establish a process whereby it can evaluate some of its previous climate-smart planting packages. This would involve evaluation under different agro-climatological conditions, in response to various threats: drought and floods; poor soil fertility; pests and diseases; salt intrusion; etc. What grows well in Fiji, for example, does not necessarily do well in Samoa, let alone on an atoll in Kiribati.

Such an approach calls for a change in some of CePaCT’s protocols, while building the capacities of institutions in the region. It would also imply that CePaCT would need to devolve from being perceived as solely a ‘Fiji’ institute to a Pan-Pacific seed systems facility, bringing the appropriate climate-smart varieties closer to those most concerned.

CePaCT can support this work by strengthening partnerships with existing seed testing platforms, such as the Vanuatu Agriculture Research and Training Centres or the National Agriculture Research Institute in Papua New Guinea; and enhancing seed multiplication programmes to ensure that the right seeds reach farmers and producer groups to the highest quality and in sufficient numbers for their use. Seed systems like water are essential to safeguard productivity in times of population growth and climate change. Good seeds are not always easy to access. Notwithstanding the great potential for CePaCT, it cannot act alone to make climate-smart seed readily accessible in the Pacific. It will need to collaborate with existing Centres of Excellence – including gene banks and universities.

It is time for donors, financiers and development partners to invest in genetic resources and climate-smart agriculture pillars as a significant starting point to achieving a Pacific region that is hunger-free, healthy and well placed to address these challenges in the face of a changing climate.

[1 An organism that does not cause disease itself but which spreads infection by conveying pathogens from one host to another. Mr Helsen brings significant technical expertise in the food security sector and in programme coordination in natural resource management, sustainable agriculture and market access. He has more than 19 years of leadership experience gained in working for research and international development organisations, along with strong resource mobilisation and hands-on project management experience.

He joins SPC from the Food and Agriculture Organisation of the United Nations (FAO) where, for example, he has played a key role transitioning operations in Somalia, from emergency modalities to a climate–smart, market driven agriculture development programme. He has also guided teams within FAO and the Somalia federal and state ministries of agriculture through processes of structural, policy and systems change.

Mr Helsen has a Degree in Tropical Agriculture and a Master of Science in Agricultural Economics from Wye Imperial College in London. His prior experience includes roles with the International Institute of Tropical Agriculture, the World Vegetable Centre and the African Development Bank. He is a Belgian citizen.

Through our Land Resources Division, SPC provides a range of technical support to Pacific Island countries and territories across four key areas: Policy and Monitoring, Food and Nutrient Security, Sustainable Resource Management and Trade  and Agribusiness.

Mr Helsen’s executive management background and high-level skills in scientific, technical and policy support in the development of land, agriculture and forestry resources within tropical environments, stand him in good stead as he assumes the leadership of this important thematic area at SPC.

Mr Helsen will be based at SPC’s Suva Campus in Fiji. 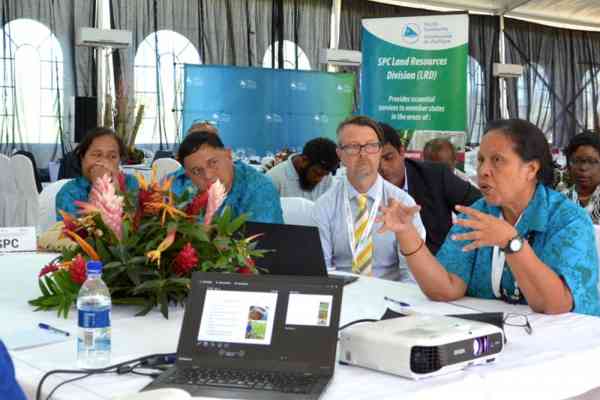 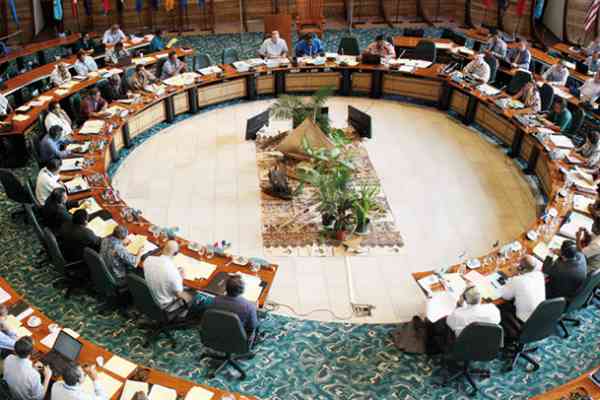