Climate change is no longer a matter of theoretical debate. Its most visible impacts are already taking place across the globe, with changing weather patterns affecting the lives of billions. While climate change discussion tends to revolve around large-scale storms and floods, there are other, less visible, changes taking place in our environment – changes that, in the long term, could prove to be more of a threat than any storm.
Last week I was part of a discussion about one of these ‘hidden’ threats: the impact climate change is having on global health. This was not a debate on the health of the planet, but rather on the future of human health, as we are all forced to adapt to the results climate change.

The setting for this discussion was the International Council of Nurses (ICN) Global Health Summit, held in Philadelphia. The ICN is the peak body for nursing associations, with over 20 million members globally. Nurses are among the most influential healthcare workers in all health systems, with considerable political impact that can influence social change and patient attitudes towards societal challenges. The Summit featured many high-level speakers, including former New Zealand Prime Minister Helen Clark, who opened the event with an excellent summary of the global challenges in health and the role of nurses in addressing humanitarian crises.

My own presentation focused on the broader impact of climate change and, in particular, its negative influence on human health. I took the opportunity to highlight the challenges now faced every day by Small Island Developing States in the Pacific.

At the Pacific Community (SPC) we know that climate change is already having a profound influence on human health, both directly and indirectly. The environmental and socioeconomic determinants to health are clear. Rising sea levels, ocean acidification and increasing frequency and severity of adverse weather events are directly impacting water and food security, accelerating the spread of communicable diseases, increasing the prevalence of respiratory conditions and even contributing to mental disorders.

I reminded participants that our response to climate change is about more than just development or foreign aid contributions, and instead must be seen as a moral challenge for all nations. Today, the effects of climate change are mostly being felt in vulnerable communities such as those all across the Pacific region, which, ironically, have had minimal contribution to its cause. But make no mistake, if we do not take action as a global community the impact, and the costs, of climate change will be catastrophic for us all.

It was clear to me that many in the audience from Europe and North America were unaware that climate change is already threatening the Pacific region. For example, the fact that entire communities have had to relocate to higher ground because of rising sea levels was received with surprise and concern.

In part, this lack of awareness is simply a result of our location. The Pacific region is considered by people in many other parts of the world as a remote and exotic destination, and events here are not usually covered in any depth by mainstream press on the other side of the world. However, the withdrawal of the United States from the Paris Agreement and the ongoing impacts of the activities of climate change deniers have also served to cloud the facts and confuse the issue, particularly in North America. The conference provided me with an opportunity to advocate for and support the momentum generated by the Paris Agreement. While the withdrawal of the United States is a significant setback, the successful implementation of this agreement remains of paramount importance to Pacific leaders.

I was therefore very encouraged by the positive reaction of participants for the call to use their influence as non-governmental organisations, philanthropic organisations, individual citizens, and within professional associations such as the ICN, to fill the void created by the withdrawal of the United States. By working together as a global community we can continue to share ideas, explore solutions and tackle the challenges of climate change.

If we are successful it will mean healthier and safer lives, for us and for our children. 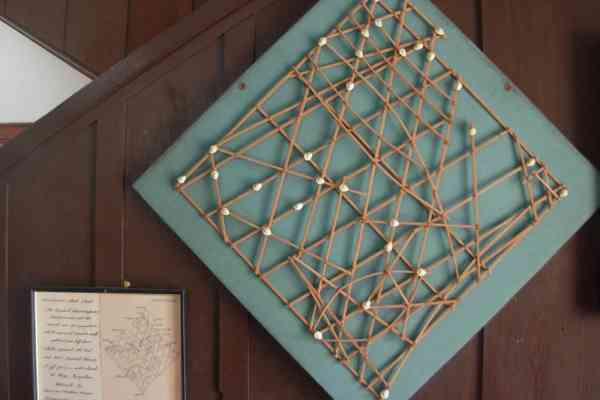