Until we start speaking up, things are not going to improve… Over the years, I’ve been exposed to some pretty unsavoury behaviour from a number of male colleagues and counterparts, ranging from sexual innuendo and inappropriate emails to groping. Not wanting to make a big deal of it, I’ve never lodged any official complaint, but I’ve made it very clear to these men that their behaviour is completely unacceptable to me. And that’s usually been enough for them to stop.

At a recent conference I attended on climate change, one of the country delegates got very drunk at the closing cocktail party and made unwanted sexual advances towards me, inviting me back to his room for a drink, which I declined, pointing to my wedding band. He seemed to forget he was wearing one too!

But then, at around 11 p.m., the man came banging on the door of my hotel room. I didn’t answer the door but called reception to send hotel security, who escorted him off my floor. I must say I was a bit rattled and didn’t sleep well all night. I ran into him as I was checking out the next morning and he acted like nothing had happened and walked right past me. It made me very angry. This time, I’ve chosen to raise the issue with my organisation so that’s on record now, and I’m hoping that my female colleagues who have to work with this man won’t be at risk.

Sexual harassment is no joke and until we start speaking up, lodging official complaints and taking a stand, things are not going to improve. At another conference I witnessed a colleague of mine harassing a country representative. And because he was drunk, people just laughed it off and he was not disciplined. I feel as though too many men have, for far too long, become accustomed to behaving in ways that do not belong in the 21st century. And until they are challenged, there’s simply no reason for them to change. Is being respected as a human being by our colleagues and by representatives of the governments we work for too much to ask? 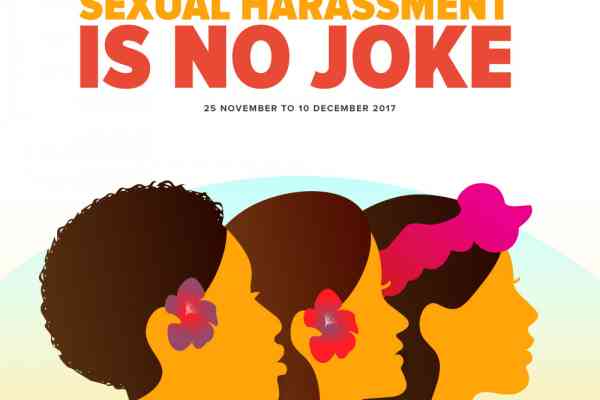 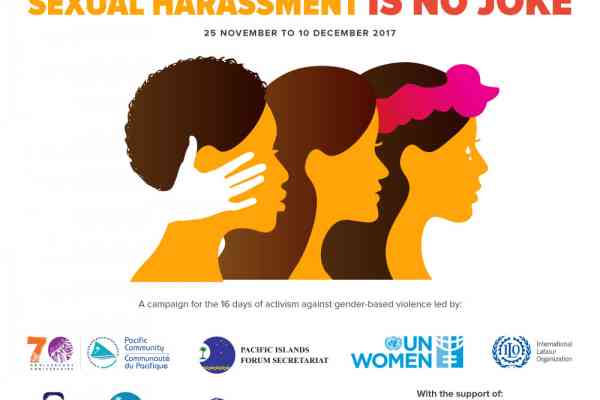