The Island nations of the Pacific region are a community encompassing many unique traditions, cultures and experiences. These generally small island nations are spread across one the largest and most important regions on Earth. With small populations dependent on living in harmony with the natural environment, the people of Pacific Islands are finding themselves at the forefront of some of today’s more serious global challenges. Among the greatest of these challenges are climate change and non-communicable diseases (NCDs).

Climate change will have significant and damaging effects on communities and economies over the coming decades. Some projections estimate an additional 250 000 deaths annually between 2030 and 2050 (WHO) due to malnutrition, malaria, diarrhoea and heat stress, and over USD 2 trillion in lost productivity globally.

While climate change estimates are usually forward looking, here in the Pacific the impact is already being felt. Over the last 10 years, our region has lost countless lives and more than USD 2 billion due to disasters such as cyclones, tsunamis, flooding and droughts. In Fiji alone, annual losses due to extreme weather events could reach 6.5 per cent of GDP by 2050, with more than 32,000 people pushed into hardship every year. Today, our region is in the unenviable situation of having five of the top 15 nations considered most vulnerable to climate change impact. While debate over the existence of climate change continues in some parts of the world, here in the Pacific it has become a fact of life, and mitigating its effects is no longer a matter of politics, but rather one of survival.

In contrast to climate change, the global challenge of NCDs does not receive the same level of attention, which has led to it being referred to as the world’s ‘silent killer’. Nevertheless, cancer, cardiovascular disease, diabetes, and respiratory and mental disorders are already responsible for three-quarters of global mortality. Like climate change, the impact of NCDs is only expected to grow, with some estimates predicting an increase in global mortality of almost 20 per cent by 2030.

As with climate change, NCDs are having a disproportionate impact in the Pacific region. NCDs are now the leading cause of death, disease and disability in the region. Eight of the 10 most obese nations globally are Pacific Islands, and diabetes prevalence is 3 to 4 times higher than elsewhere in the world. Left unchecked, NCDs will cause serious health and social problems for individuals and their families, overwhelm national health systems, and severely limit the development potential of the entire Pacific region.

At first glance, climate change and NCDs may appear to be serious, but separate challenges. However many of the causes and solutions to these challenges are interconnected. Climate change fundamentally alters the social, economic, cultural and commercial determinants of health. These changes, in turn, negatively impact the environment in which people live and work, which increases the risk of NCDs among the most vulnerable populations. Conversely, interventions to combat climate change present key opportunities to effectively address NCDs, and actions to reduce the burden of NCDs may have a positive impact on climate change mitigation.

For example, shifting to an increased use of renewable energy and investment in active transport systems would not only reduce greenhouse gas (GHG) emissions and air pollution, but would also promote physical activity, contributing to a reduction in NCD incidence.

Or consider how food production is managed. Investing in a sustainable food system, based on locally sourced, unprocessed foods, reduces reliance on imported, highly processed food items, and has clear co-benefits in reducing NCDs and mitigating climate change.

Why make these connections?

While many evidence-based, globally agreed interventions have been adopted to reduce the burden of NCDs, up until now these agreements have been weakly implemented. Similarly, international agreements to counteract the effects of climate change, such as the landmark Paris Agreement, are now under pressure, which threatens to reverse both the health gains from economic development and health benefits that accrue from sustainable development. A public health perspective has the potential to unite all actors behind a common cause. Simply put, by combining the research, expertise and political will behind each of these areas, we can create a stronger voice for positive and sustainable change, and help to achieve the common goals of both challenges.

As a region currently suffering some of the greatest impacts of both climate change and NCDs, the Pacific is well positioned to take the global lead in bringing these issues together and ensuring a more coordinated approach is taken to finding solutions. The members of the Pacific Community (SPC) are today at the forefront of many of these interventions across several sectors.

Climate change and NCDs are key challenges for the global community, and our ability to mitigate these challenges will go a long way in determining if we are able to meet national development objectives and international targets, such as the Sustainable Development Goals. In the Pacific we are already integrating our work in these areas and showing how a combined approach can help build understanding and create consensus across nations, and dramatically increase the impact of mitigation work. If the same approach can be adopted globally we have a real chance of creating a cleaner, safer, more sustainable and healthier world. 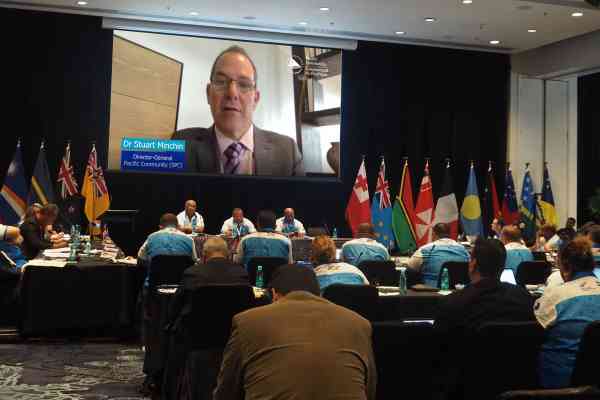 Why our future relies on the health of our ocean 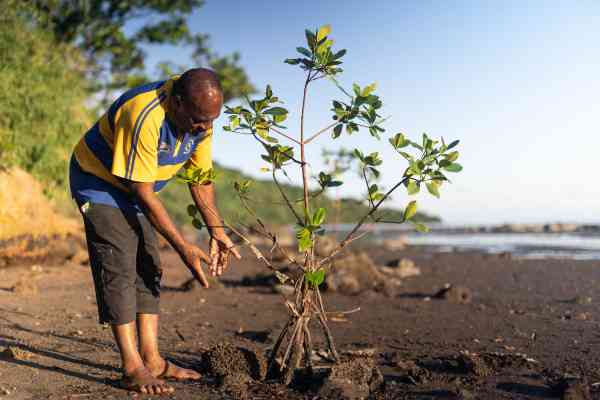 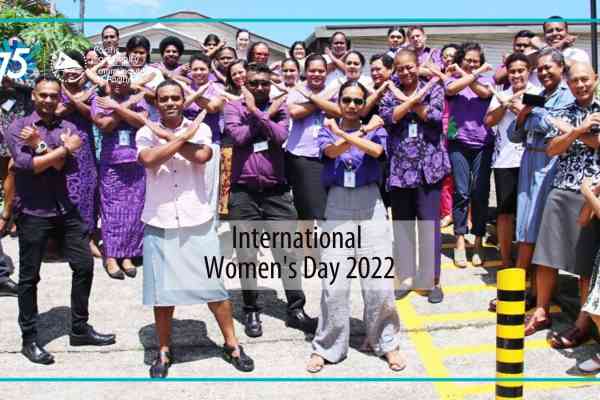