The Pacific Islands are well known for their root crops, traditional meals and customary cooking styles. In this unique part of the world, food is often prepared by digging a hole in the ground and burying raw natural crops and meat or fish with hot stones to create an ‘earth oven’. This style of cooking has provided an organic and healthy diet for many generations. However, traditions are changing, and modern development has had a major impact on health in the region. The rapid increase in the consumption of imported processed foods and rise in physical inactivity has contributed to a rapid increase in diabetes and cardiovascular diseases. At the same time, increasing tobacco consumption and alcohol abuse are contributing to respiratory disease and cancer. These trends are increasingly evident among the region’s youth and are an issue of great concern across the Pacific.

However, many Pacific youth are determined to reverse these trends and raise awareness of the dangers of unhealthy lifestyles. In support of this effort, the Pacific Community (SPC) and United Nations Development Programme (UNDP) have launched the ‘WAKE UP’ project.

In 2017 SPC launched a call for proposals, inviting youth aged 15 to 25, to create videos that would promote healthy living as well as show the harsh consequences of NCDs. Unlike more traditional awareness campaigns, the WAKE UP project wanted the youth of the region to be the lead voices behind this critical issue. 33 young Pacific Islanders from youth groups from across the Pacific were selected to produce videos, representing seven Pacific Island countries and territories (PICTs) – New Caledonia, French Polynesia, Wallis and Futuna, Tonga, Fiji, Vanuatu and New Zealand.

More about the Wake Up Project

What inspired these youth to participate in the project?

The situation in the Pacific

According to Dr Colin Tukuitonga, Director-General at SPC, “seven out of ten countries in the world, with the highest prevalence of diabetes, are from the Pacific. Our region is also the epicentre for obesity. We are losing family members, friends and breadwinners to diseases which are largely preventable.”

The statistics on youth in the Pacific are troubling. Approximately 34% of those aged 13–18 years in Samoa and Wallis and Futuna are active smokers; 78% of youth in Niue first drank alcohol before the age of 14; and over 35% of students are classified as obese in Cook Islands. (WHO)

Pacific leaders have recognised the challenge of NCDs and have taken concrete steps to combat the problem. In 2011, the Pacific Economics and Health Ministers declared the region to be in an NCD crisis and commissioned the development of the Pacific NCD Roadmap as a multi-sectoral approach to prevent and control NCDs in the region and at national level through these key strategies: Strengthened tobacco control; development of policies to reduce consumption of unhealthy foods and drinks; Improved efficiency and impact of resources  to target primary and secondary prevention and Strengthened evidence base for better investment and effectiveness.

PICTs, under the WHO Framework Convention for Tobacco Control, have also committed to the ‘Tobacco Free Pacific by 2025’ where 5 percent or less of the adult population use tobacco.

In 2016 Pacific Island leaders, ministers and officials from regional and global development agencies gathered for the first ever Pacific NCD Summit in Tonga, where the leaders joined to address the need for a more urgent and high level political leadership.  Presented in this form was an update on the PICTs progress with implementation of the Pacific NCDs Roadmap.

as well as providing the platform maximising the opportunities in linking and aligning country actions to the SDGs provides a good platform for addressing NCDs and meeting PICTs commitment to the SDGs.

SPC has developed a number of publications to promote traditional dishes from the Pacific, as well as healthy living practices. Some of these publications include:

The high-level gathering maximized the opportunities to link and align country actions and to address NCDs to meet the countries’ commitments to achieving the SDGs.  The Pacific leaders continued to focus on the need for specific and measureable actions to prevent and control NCDs in the region.   As SPC’s Director-General noted at the time, “There’s no shortage of declarations, commitments and strategies aimed at addressing NCDs, but with up to 75 per cent of deaths in the Pacific related to NCDs, current efforts just aren’t enough.”

SPC chairs the Pacific Monitoring Alliance for NCD Action (MANA) taskforce which is responsible for the Pacific MANA, established to provide an accountability mechanism for better coordination and strengthened NCD monitoring in the region.  One of the tools developed was the MANA Dashboard to track PICTs’ actions on NCD leadership and governance, prevention policies, health system response programmes, and routine monitoring.

The WAKE UP project is an effort to engage youth to strengthen their role in responding to the NCD crisis. Through this campaign, the region’s youth are reaching out to their own generation with a language and through a platform that they will understand and embrace. The battle to control NCDs in the Pacific will be long and difficult, but with the combined actions of current leaders and the support of the regions’ youth, it is a battle that can be won.

To expand creativity of youth and to further develop media skills to fight the NCD battle, The WAKE up project 2018 will be launched on the 21st of August where the focus will be on creative designing of murals (graffiti) to address NCDs.

More about the Wake Up Project 2018 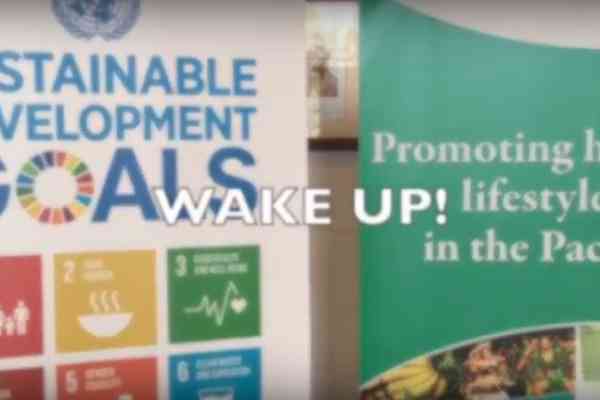 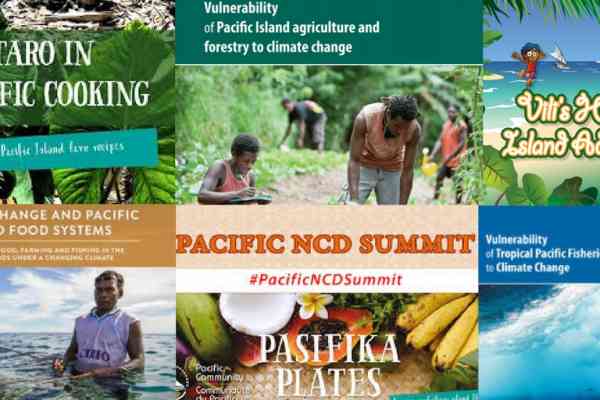 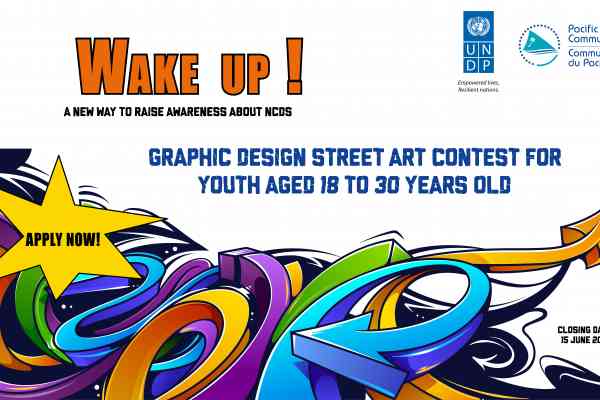