Meet Diana Hill Su’ulisau, one of the inspiring Pacific Island women leading the way in changing mindsets of men and women in society by choosing a career path in Solomon Islands Maritime sector.

Diana used to work for one of the local banks in the Solomon Islands, but she always had a passion for the sea and a dream to set sail across the Pacific Ocean. However, her dream was frustrated by the stereotypical thinking that maritime jobs were only for men.

Diana refused to give up. There were no official restrictions on women serving in the maritime sector, so Diana decided to ignore the old thinking and pursue her dream. She saved money from her previous job and invested in Maritime courses to obtain the certification she needed for her new career. Today Diana is the Officer on Watch for the MV Avaikimaine, a domestic passenger and cargo ship in Solomon Islands.

“Before I used to think that maritime is for man only and now I found out that its really cool to be out here and men usually like company of women too when they are on the ship, it completes the ship like a house.  We all treat each other like brothers and sisters,” she said.

The Pacific Community (SPC) held its Solomon Islands Maritime Stakeholders Meeting in Honiara last month to get feedback on the Aids to Navigation tools available, which is to guide seafarers while moving in and out of the Port of Honiara. Diana was one of the participants at the Stakeholders meeting, informing the SPC team about the current challenges faced by local seafarers while navigating in the port area.

“Solomon Islands is a maritime country we have to go from Island to Island and there are a lot of reefs, shallows, so we are happy that aids to navigations are in place as it really helps navigating during the night and during bad weather.”

Diana’s knowledge of the waters around the Solomon’s is helping to improve the safety of shipping and making a significant contribution towards SPC’s Aids to Navigation efforts.

“For Honiara port, there is a river mouth near the port which gets in a lot of siltation, therefore when the tide is low the ships keeps on pounding on the surface which causes damage to its keel. The light house at Honiara port was built along time ago when there was not much infrastructure, right now the buildings are getting taller and that’s the reason they should increase the height of the lighthouse too,” said Diana.

These challenges were noted by SPC team and will aid in the development of the port area policies that will benefit the country.

Diana’s journey into the maritime field was not an easy one. Breaking the stereotypical ideas of a women’s role was a challenge in both her professional and personal life. Being a women seafarer in Solomon Islands was hard after marriage when traditional ideas of a woman’s role ran into ideas about a wife’s role in the home. In addition, after obtaining her qualifications, there was still work to be done in convincing potential employers to even consider a woman in this highly specialized field.

To mitigate some of these issues, the Solomon Islands Women in Maritime Association (SIWIMA) was established this year to help Solomon Island Women to progress and develop their skills in the male dominated Maritime sector.

According to Diana, “SIWIMA has just launched and we anticipate goods things happening in the future. It’s better to be part of an association rather than struggling by yourself”.

And what about Diana’s dream to sail across the Pacific? In 2015, Diana was one of very few Pacific Island women to sail from the Solomon Islands to Malaysia, voyaging for 14 days straight at sea.

Diana’s message to women is that “it is good to try out something different, life is too short, but everyday brings new opportunities.”.”

Becoming a part of the Solomon Islands Maritime Sector is one of the many goals Diana wanted to achieve in life. Her next step and her new dream is to work on an International Cruise Ship and sail the world, continuing to showcase maritime skills and break stereotypes of Pacific society. 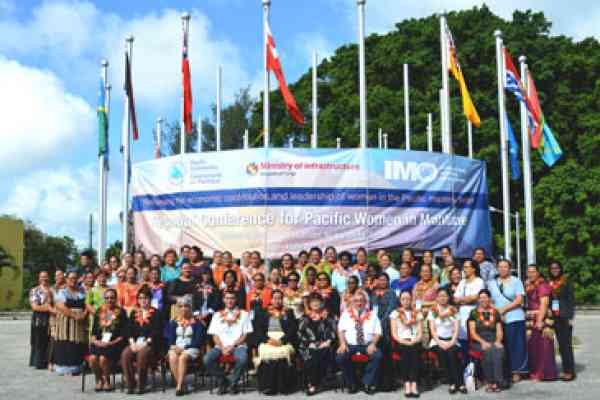 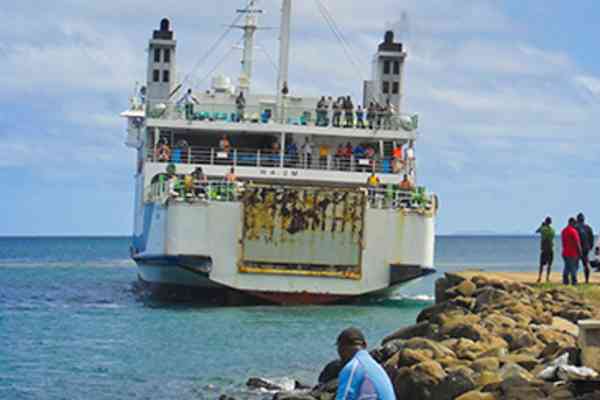