In the Pacific Islands region, tunas are important for coastal communities’ food security. The predicted massive change in their distribution, a consequence of climate change, will impact these communities. Selling skipjack tuna by the roadside, Tarawa, Kiribati. (image: Johann Bell)

The rich tuna resources of the Western and Central Pacific Ocean (WCPO) supply 60% of the World’s tuna. About half of the catch is extracted from the waters of the 22 Pacific Island Countries and Territories (PICTs) that span much of this large oceanic region.

Management of these resources by the Regional Fisheries Management Organisations (RFMO), the Tuna Commission, depends partly on estimating catch levels that will optimise the economic and social benefits of Tuna fishing for coastal states and distant water fishing nations, while keeping exploitation of tuna resources within sustainable limits. The good news is stocks are healthy in the Western and Central Pacific Oceans.

However, we already know from catch records and the EI Nina/La Nina cycle (SOI) that these stocks move in response to changes in the ocean temperatures.

Latest ecosystem modelling science for these stocks predicts significant decreases in the tuna available (tuna biomass) in the Western Pacific due to a shifting of the biomass of tropical tunas to the east and some declines in overall biomass. Climate change is having impact at the national level for coastal countries in the Pacific. The main drivers of change is the warming ocean temperature, while ocean acidification is predicted to have limited impact.

In 2017 SPC provided science advice which saw a major change in the status of bigeye tuna stocks in our region. In 2018, SPC provided ecosystem modelling on tuna species under climate change scenarios, which, for the first time, included all four tuna species at once. The analysis also included additional data integrating multiple science disciplines, and incorporated Intergovernmental Panel on Climate Change (IPCC) recommended techniques for climate change modelling (bringing international standards to the region).

Another change in advice was to reformat outputs to ensure members more clearly understood consequences. This new advice was first presented to the tuna commission Scientific Committee in June, and then to various regional and sub-regional meetings subsequently, including at the 49th Pacific Islands Forum Leaders Meeting. Using new pathways to influence change.

In response, countries in 2018 are for the first time discussing, responding to and engaging with science from SPC on the impact of climate change on tuna fisheries. Member countries are discussing adaptation and planning, and preparing for the future.

Fiji and Tonga have expressed their intention to use the science to make decisions on building resilience against climate change. The Iceland/PICT fisheries exchange in October (run with Conservation International) has led to discussions about new high seas governance arrangements in the Western and Central Pacific, based on climate change impacts and adaptations in the Arctic. The Solomon Islands are already taking a lead in moving that forward. Tokelau have joined the debate, especially for them in a strategic economic sustainability context.

With massive change in the distribution of tuna predicted, fishers and fisheries managers will need to act strategically to ensure economic returns and food security, and ongoing sustainable management. Lessons learnt include that having the regions key stocks in a healthy state creates increased member bandwidth to discuss and address strategic future issues for the region’s fisheries.

“…Your Excellency President Waqa; President of the Republic of Nauru; Chair of the Forum; Hon Leaders of the Forum; Madam Secretary General of the Forum; Distinguished Delegates; Ladies and Gentlemen…the tuna fishery, like other sectors, has not been spared from the indiscriminate impacts of climate change...tuna stocks have already been impacted by climate change and the impact is predicted to accelerate over the coming decades….most likely and significant change impacting Forum members is a strong eastward shift in the distribution and abundance of skipjack and yellowfin tuna, resulting in reduced abundance of both stocks in the Western and Central Pacific Ocean overall…..there will obviously be differential impacts on the different exclusive economic zones of Forum members and Pacific territories….” Feleti Teo, OBE, Executive Secretary at the WCPFC Secretariat 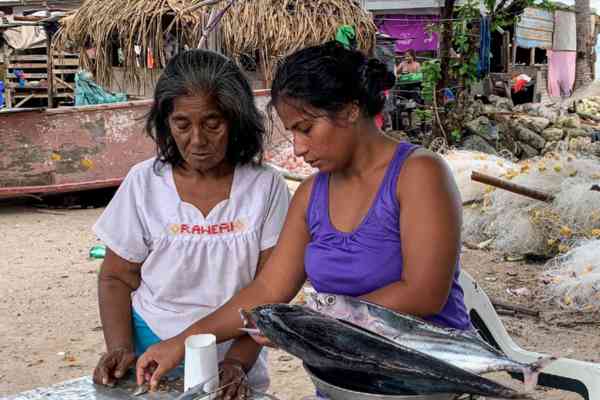 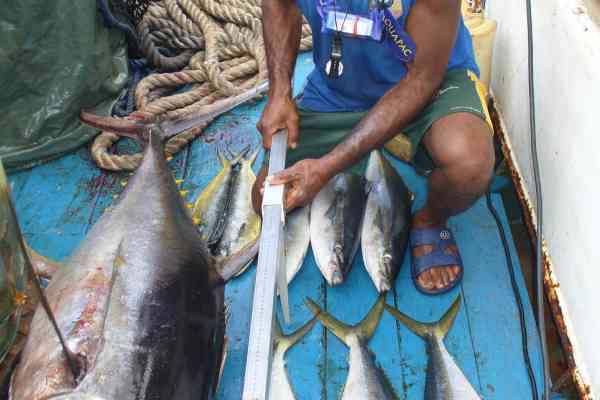 Mercury and tuna: a matter of size, species, and origin What is going on with bigeye tuna?