Ocean’s research costs big money for the region says a Pacific researcher in the tuna industry.

Johann Bell, a senior director at Conservation International has recommended the use of tuna purse seiner for ocean research in Pacific waters.

“Oceanographic research is expensive. You need large vessels to go to sea with a lot of scientists on board, a lot of instrumentation. There is relatively few oceanographic vessels available for ocean research in the region. As we enter this UN Decade of the Ocean, we agree that we need to get a better understanding of the ocean ecosystem so that we can use that information to improve for example the models that we use to predict the distribution of tuna with the change in climate.

“We need to find new ways of doing research at a lower cost,” Bell told PACNEWS.

“One of the ideas that we’ve discussed and it’s only preliminary at this stage, is that we have in the whole Central Pacific Ocean region more than 250 purse seine vessels, which are large sophisticated boats, well equipped to collect a lot of data, that we are interested in.

“We think it would be sensible to begin to talk to the fishing industry about how they might be able to help collect some of the information that we need, for example, information regarding more observation on sea surface temperature. This observation can be used to validate some of the global climate models that are being developed.

“We also think it would be good if the vessel could assist to collect acoustic data particularly for the abundance of what we call the micronekton that is the forage that the tunas eat. We are talking about small fish, small squid and shrimps. It’s very difficult to do biological survey and tow nets and sample this animals over a big distance,” Bell told PACNEWS in Noumea.

Bell said the meeting at the Pacific Community to plan for the UN Decade of Ocean Science for Sustainable Development 2021-2030 comes at a critical time as our oceans are under threat due to human activities.

“But I think one of the things that it will help to do is raise awareness of the problem and hopefully galvanise the investment needed to form new partnerships to develop better understanding of the tropical Pacific Oceans,” said Bell.

Scientists, policy makers and stakeholders in oceans management are in Noumea this week for the first regional meeting to plan a scientific research agenda for the Ocean Decade. 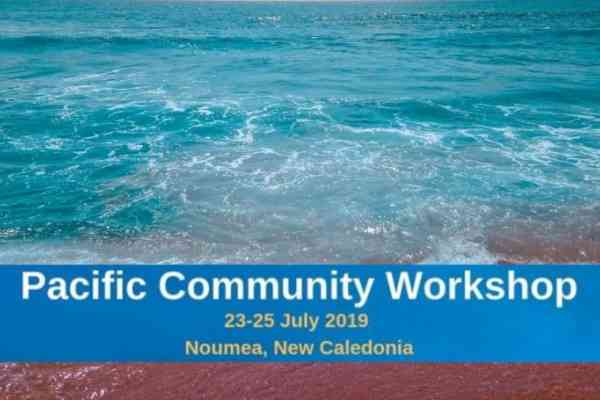