"Maritime Transport is a lifeline in the Pacific and this project reflects the commitment of SPC to deliver innovative and environmentally sustainable projects that benefit the people in region,' said Dr. Tukuitonga. "MTCC-Pacific has demonstrated how innovative pacific solutions can reduce the greenhouse gas emission from maritime transport."

In March 2018, MTCC-Pacific conducted a national workshop on energy efficient operations of ships. The workshop provided participants with an understanding of the new energy saving technologies, templates to collect fuel oil consumption data with methods to monitor and reduce energy from the operations of ships, in order to reduce operational costs and GHG emissions.

A landing craft “Tiwi Trader”, built in 1979, was chosen for the MTCC-Pacific pilot project after the ship operator had fulfilled the prerequisite. The operator successfully implemented the Pacific Islands Domestic Ship Safety Programme’s (PIDSS) Safe Management System (SMS) which is integrated with Ship Energy Efficiency Management Plan (SEEMP). This ensured a consistent approach to improve safety while reaping maximum benefit through an uptake of a renewable energy technology. A solar system was chosen after the baseline study of the fuel oil consumption data collected through SEEMP indicated the systems benefits according the vessels operating pattern.

The installed solar panels will produce electricity which will be also used to supplement the diesel generators and reduce its electric load during steaming. The energy collected by the solar panel array would be a stand-alone solar power system, connected to a DC load or via an inverter to an AC load for lighting, air conditioning and cooking. Preliminary data analysis of the project indicates an approximate of 32%  savings in fuel cost and reduction of 101tons of greenhouse gas emission annually. Further savings with the combination of technical (propeller boss fin cap - 3% ) and operational measures (optimised speed - 6% &trim optimization - 3%) could save the ship operator 44% of the fuel cost.

Tiwi Traders ship owner, Peter Peta on the dawn of the launch said “Thank you very much for the support. This is the first time we have seen the solar lights turned on and it looks very amazing. We are really glad because it will help us cut down on fuel consumption especially for the generator”. His wife Sherley Peta has been crucial in the success of this project by collecting and submitting data to MTCC-Pacific for analysis. Mrs. Peta said “MTCC-Pacific has helped us improve the efficiency and safety on our ship. The solar system will help to reduce fuel consumption and help the environment. I will continue to collect and provide data, in order to get more advise to improve operation efficiency. Thank you MTCC-Pacific for helping Tiwi Trader” Solar systems are applicable for all ages of vessels trading in areas with sunlight and is one of the potential immediate technical measure that could be adopted by the aging fleet in the region. This projects will promote renewable energy and has demonstrated the application of maritime solar energy in Pacific Island Countries and Territories with the view of reducing greenhouse gas emissions and progress low-carbon development in the Pacific maritime transport.

MTCC-Pacific is one of the five centres established in the world and forms part of the Global MTCC Network (GMN), project implemented by the International Maritime Organization (IMO) and funded by the European Union. 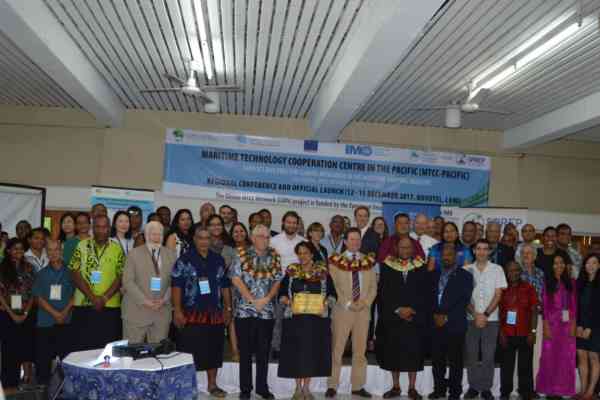 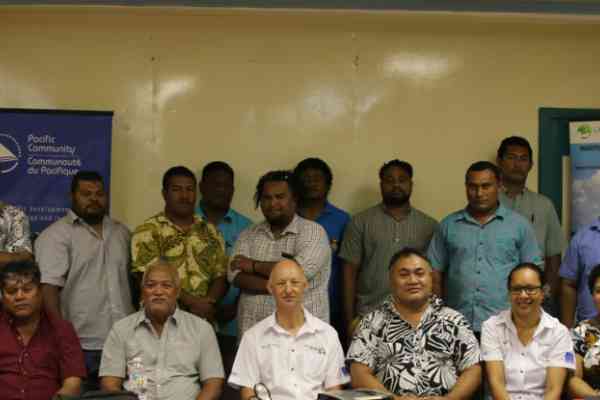 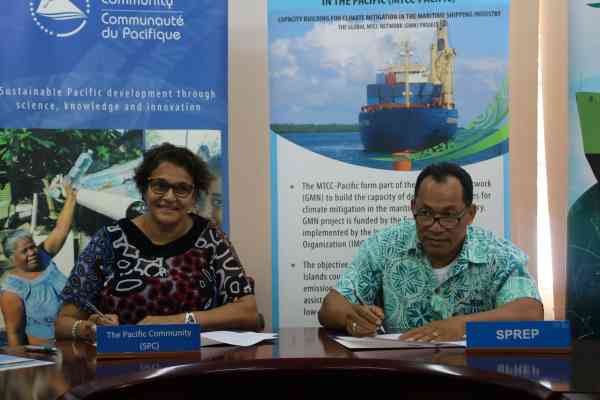