Violence against women and girls continues to be one of the major public health and human rights problems in the Pacific and around the world. This issue is rooted in societal systems that uphold women’s unequal status in society. It was in this vein that, twelve years ago, the Pacific Community supported national prevalence studies in Kiribati, Samoa and Solomon Islands on violence against women, using the methodology and protocols developed by the World Health Organisation (WHO). Together with the United Nations Population Fund (UNFPA) and respective national governments, we sought to estimate prevalence of violence against women, identify country specific causes, risk factors and consequences of domestic violence to enable the development of appropriate policies and programmes for response and intervention.

As we celebrate International day of ending violence against women and mark the 16 Days of Activism to end gender based violence, I am keenly aware of the efforts made towards eliminating violence against women across our region. Enormous research and programming, data collection and analysis, policy and legislative review and changes, the expansive work of response and prevention programming undertaken by civil society and faith based organisations, the commitments and pledges made by our country and organisational leaders, and the multitude of pledges made by our Pacific men to support this campaign have all made an impact. But this is not enough and more effort is needed.

But we will as a community continue to fight.  We will continue to seek partnerships and champion platforms that will support and enable the end to this societal problem. t We will continue to march, to advocate and to bring the stories of women and girls up to light in as many forums as we can in the Pacific Community. As we strive to implement our own corporate policies on domestic violence and child protection we will also step up our programmatic work on gender equality and social inclusion and human rights – expanding our partnerships and take our message to local communities, traditional and national decision making structures, faith based organisations, regional forums and international platforms.

16 days of activism against violence against women

The 16 Days of Activism against gender-based violence is a global campaign that commences on 25 November - the International Day for the Elimination of Violence against Women - and ends on 10 December, Human Rights Day. SPC supports this global campaign and stands united with other Pacific civil society organisations and our partners to end violence against women. Every day, for 16 days, SPC will be posting on social media facts about gender based violence using statistics from prevalence studies focusing on sexual violence, in keeping with this year’s global theme “Orange the World, Generation Equality Stands Against Rape!” 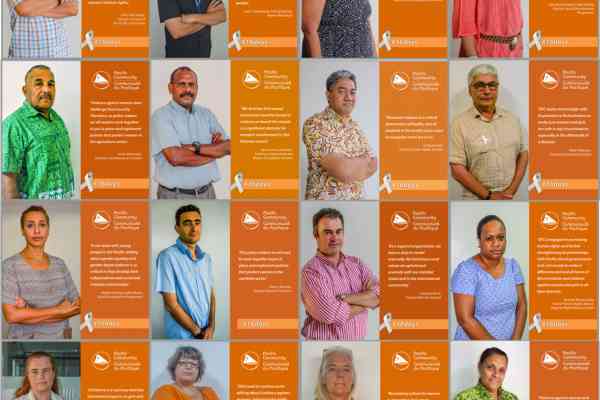