UNITED NATIONS, Dec 9 2019 (IPS) - When UN Secretary-General Antonio Guterres addressed the Economic and Social Commission for Asia and the Pacific (ESCAP) last month, he pointed out the dramatic impact of climate change triggering natural disasters around the world— from glaciers that melt, ice caps that disappear and corals that bleach.

But more and more, he said, the devastating impacts are on the life of the people and in the health of people around the world.

According to the results of a report published in Nature Communications, sea-level is rising much faster than what was expected and forecasted in the past.

“If we are not able to defeat climate change”, Guterres warned “we will have in 2050 an impact of the sea-level rise on over 300 million people”.

Of these 300 million people, 70% are in countries in the Asia-Pacific region where coastal cities could be “wiped out” if there aren’t enough sea defences in place.

The most vulnerable include the Pacific Island Countries and Territories (PICTs), plus eight Asian countries: Bangladesh, China, India, Vietnam, Indonesia, Thailand, the Philippines and Japan, according to the report.

Dr Benjamin Straus, president and CEO of Climate Central, who along with Scott Kulp, co-authored the report, was quoted by Cable News Network (CNN) as saying: “The results indicate that, yes, a great deal more people are on vulnerable land than we thought.”

And they need to take immediate action to avoid the impending “economic and humanitarian catastrophe.”

As the sea-level continues to rise, the world’s low-lying countries, mostly in the Pacific, will be the worst affected by the climate crisis, which is not of their own creation.

At the ongoing COP25 climate change conference in Madrid, which is expected to conclude December 13, the future of the “Blue Planet, where water covers around 75 percent of the earth’s surface, will be a major part of the discussion.

In an interview with IPS, Andrew Jones, Director, Geoscience, Energy and Maritime Division at the Pacific Community (SPC), a principal scientific and technical organization in the Pacific region, provided a worst-case scenario for Pacific Island Countries and Territories (PICTs).

Excerpts from the interview:

IPS: The countries singled out as the most vulnerable to climate change are the 57 small island developing states (SIDS)—some of whom like the Maldives, Tuvalu and Kiribati, may be wiped off the face of the earth due to sea level rise and natural disasters. Do you think the international community is adequately responding to these dangers with concrete actions on climate resilience and funding for adaptation?

JONES: An important point in there is that the countries most vulnerable to climate change are the atoll nations, of which there are four: Maldives, Marshall Islands, Kiribati and Tuvalu.

These countries are mere meters above sea level and have no higher ground to which they can retreat (unlike other countries which have populated atoll islands but also volcanic islands, or which are territories of another country).

Another important point is that these countries will become uninhabitable long before they are “wiped off the face of the earth” by sea level rise and disasters.

The picture of seas rising like a bathtub, so that we can wait until the high ground goes under, is too simplistic (and dangerous thinking).

Even relatively small increases in sea level will lead to more wave flooding (raising up the ‘base level’ of the natural wave variation in the Pacific) and this wave flooding will poison fresh water supplies and crops.

IPS: Is the UN’s Decade for Ocean Sciences for Sustainable Development (2021-2030) a step in the right direction?

JONES: The UN Decade is definitely a step in the right direction, because the more detailed, rigorous scientific data that we have, the more certainty we will have in forward models, and the better we will be able to inform mitigation and adaptation decision making.”

However not enough is being done to respond to the climate change crisis facing our Pacific Island Nations (the Leaders used the term ‘crisis’ at the last Forum Meeting).

Ambitious adaptation actions are needed within PICTs to prevent them from becoming uninhabitable. For example, countries like the Marshall Islands may look to build higher islands.

In this context, the UN Decade for Ocean Science is also not enough. PICTs cannot wait ten years to build a better database before commencing ambitious adaptation measures.

IPS: What are the specific threats facing PICTs?

JONES: The Pacific is heavily reliant on the ocean as a source of protein, but the changing climate is impacting fisheries and opening new debates on what is considered international waters- and what is not.

Firstly, what is considered international waters – Pacific’s position on this is very clear – the sovereignty of their nations is not in question regardless of geographic changes that may occur due to changing climate.

Pacific Leaders have stated that once maritime boundaries are de-limited they cannot be challenged or reduced as a result of sea-level rise and climate change. The Pacific has stated that anything which is currently sovereign waters will remain that way and will not become international waters in the future.

However, the international legal instrument through which these maritime boundaries are defined (United Nations Convention on the Law of the Sea) is not clear on this point.

Therefore, SPC is undertaking a regional technical study to understand which ‘base points’ (the points of land from which the maritime boundaries are defined) are vulnerable to change through sea level rise.

At the same time, the Office of the Pacific Ocean Commissioner (OPOC) is looking at international legal instruments to understand which avenues will be open to PICTs to ensure they retain their sovereign rights into the future.

IPS: What’s the future of coastal fisheries? How will they be impacted by climate change?

JONES: In terms of fisheries, it’s probably worth noting that the coastal fisheries which are a primary source of protein for PICTs may be impacted by climate change but these are separate from any debate over international waters.

Oceanic fisheries are the transboundary resource most likely to be affected by any climate change in this context, and while they are a source of protein they are also cornerstone of Pacific export economies.

The latest scientific modelling suggests that the geographic distribution of tuna populations may change in the future, which may result in decreasing tuna stocks in the exclusive economic zones of some countries and may also result in an increase in the relative proportion of the tuna resource within international waters (as defined by current maritime boundaries).

This could have significant implications for the narrow and fragile economies of some PICTs, and therefore all aspects of development, although FFA are working with PICTs to reassess how they distribute rights to the tuna resource under future climate scenarios.

The writer can be contacted at [email protected] 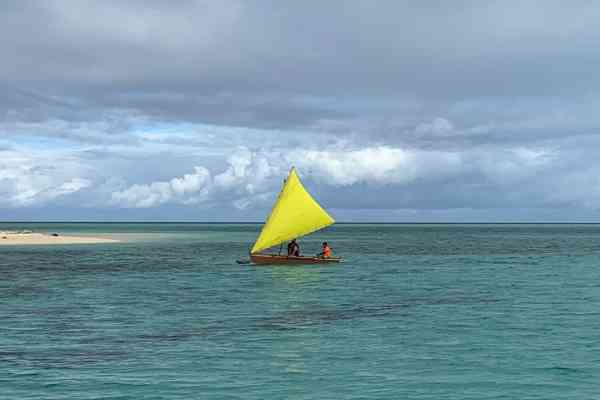 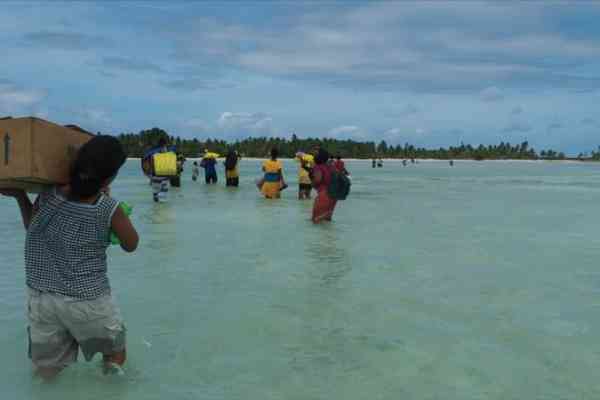