Caroline Ferguson is a PhD candidate in the Emmett Interdisciplinary Program in Environment and Resources (E-IPER) at Stanford University. Her dissertation research explores the social–ecological dimensions of gleaning in Palau.

Ann Singeo is the Executive Director at Ebiil Society in Palau. She co-founded the organisation 15 years ago, with a mission to improve environmental protection through an integrated approach to learning based on combining traditional ecology and biodiversity knowledge with Western science. She holds a master’s degree in communications for social change at the University of Texas in El Paso.

Alex Ferrier-Loh is a freelance marine biologist with experience in aquaculture, research, conservation and environmental consultancy across four continents. He holds a master’s degree in marine biology from the University of Bangor, Wales.

The challenge: Sea cucumbers are overfished, and farming them isn’t easy

Sea cucumbers are culturally and economically important in Palau, particularly for women in rural fishing communities. Yet across the nation, and the wider Pacific region, sea cucumber populations have declined as a result of overfishing and environmental change. In response to this decline, the Palauan government passed a nationwide ban on exporting sea cucumbers in 2012, and some communities have since restricted fishers’ access through formal protected areas and informal catch limits. However, both interviews with fishers and scientific monitoring reports indicate slow to no recovery outside of protected areas (e.g. Rehm et al. 2014). Due to their reproductive strategy, when sea cucumber densities are very low, better fisheries governance and regulatory measures alone may be incapable of restoring populations (Friedman et al. 2011). Thus, active restoration of the fishery through restocking may be necessary.

Driving the decline of sea cucumbers across the Pacific is the international trade in bêche-de-mer, a dried luxury seafood product popular in China. Although this trade has been ongoing for centuries, the present scale is unprecedented (Conand 2001). Average market prices of tropical bêchede-mer species in China have steadily increased since 2011, some more than 12 times in value (Purcell 2014; Purcell et al. 2018). Rapid price increases are likely a symptom of both increasing demand and increasingly limited supply as stocks become overharvested worldwide.

It is in this context of depleted fisheries, high export demand, and weak fisheries governance that sea cucumber aquaculture is gaining momentum in the Pacific region (Eriksson et al. 2012). Sea cucumber aquaculture presents a pathway to restoring depleted wild populations and a potential alternative livelihood in rural fishing villages, where few income-earning opportunities exist. Sea cucumbers have biological and ecological attributes that make them well suited to aquaculture: they feed low on the value chain, occur naturally in high densities and are native to the Pacific Islands, thereby reducing some environmental risks.

Our solution: Bridge fishers’ and scientists’ knowledges of sea cucumbers

To mitigate these challenges, we are bridging the extensive ecological and biological knowledge of lifelong sea cucumber fisherwomen with Western scientific expertise in a community-based, small-scale aquaculture farm in the rural fishing village of Ollei, Palau. Our present goal is to restore locally depleted sea cucumber stocks. We are also considering more direct income-generating activities in the longer term.

The first knowledge bridge came when selecting a species to cultivate: Holothuria scabra (English: sandfish; Palauan: molech) is both locally consumed and internationally valuable; as such, there was both extensive local knowledge (and interest) and sufficient scientific literature to pursue an aquaculture experiment. Furthermore, H. scabra was identified by fishers as a particularly depleted fishery in need of attention.

Our initial set-up for culturing H. scabra was based on methodologies outlined by Agudo (2006) and Ito (2014). However, as most currently available methodologies are designed for industrial-scale production, rather than community-scale, we are developing adaptations to reduce costs and work within the limitations of available resources.

Although we face technical and financial limitations in Ollei, we have the great advantage of local brood stock and appropriate habitat mere feet from the aquaculture tanks, enabling us to outsource much of the labour and expense back to the seagrass beds.

Spawning was successfully induced on 15 October 2019. The timing for inducing spawning was chosen by local fishers, based on group discussions about tides, lunar cycles, observations of broadcast spawning and observations of when sea cucumbers were most “full of eggs”: in this case, three days after the full moon. Fourteen wild H. scabra were collected at 10:00 a.m. on 15 October 2019, approximately one hour before scheduled spawning, from seagrass beds adjacent to the culturing facility. We used a combination of dry, cold, and hot shock treatments to induce spawning. Upon completion of spawning, we calculated that roughly 50 million eggs had been fertilised and observed cell division under a microscope. Of these, we transferred approximately 2.8 million into a single 2800-litre concrete tank for larval rearing. The remaining eggs were immediately returned to the seagrass habitat from which the brood stock had been taken. Brood stock was also returned alive the following morning.

For optimal water conditions, most literature indicates that water in the rearing tanks should be 1-µm filtered and UV-sterilised seawater, with specific salinity, temperature and pH parameters to be monitored and maintained throughout the process. Due to equipment limitations, we were not able to UV sterilise, and we were only able to monitor temperature. We had hoped that with regular water changes from the neighbouring seagrass beds, parameters such as pH and salinity would be maintained; however, we are continuing to experiment with water quality maintenance.

Feeding started on day two, with a combination of Chaetoceros sp. and Isochrysis sp. Water changes were conducted on a daily basis; larval development was observed under a microscope, also on a daily basis. Unfortunately, by day seven it appeared that the culture had crashed, with no live larvae observed within the rearing tank. We are continuing to trial methods to rear larvae to the settlement stage using low-cost methods in which we use the local environment available to us, at which point we plan to return the individuals to the seagrass beds to grow to adulthood. We plan to regularly monitor the seagrass beds to detect any changes in population densities and individual sizes.

Fishers’ knowledges, including traditional knowledges, have contributed enormously to the project’s success to date, from not only a technical standpoint but also a community engagement standpoint. Fishers have been consulted on their extensive knowledge of sea cucumber life histories, including their habitats at various life stages, changes in density and size through time, and – crucially – their reproductive behaviours. We also pursued an extensive consultation process on the social and cultural acceptability of farmed sea cucumbers, and fishers and their families have been invited to participate in spawning activities at the farm.

Fishers’ ecological knowledge is personal and complex, developed intergenerationally and in highly specific contexts. Some knowledge is shared freely, while other knowledge is closely guarded. Continuity of fishers’ knowledge is dependent on the vitality of their fisheries. Fishers’ knowledge of sea cucumbers is at risk of being lost as the fishery is depleted. It is our hope that, through the collaboration of fishers and scientists, we can preserve not just the sea cucumber fishery itself but also the related knowledge that is so vital to Palauan culture and livelihoods.

We are grateful to the fishers of Ngarchelong and Ngardmau for contributing their time, skills and expertise to this project. Thank you also to Surech Bells, Muku Singeo, Ilima Hirao, Patty Kloulechad, and the rest of the team at Ebiil Society, without whose hard work this project would not be possible. This project is funded by the Micronesian Conservation Trust and Stanford University. We also wish to thank traditional and elected leaders for their support and our many teachers who have guided us along the way. 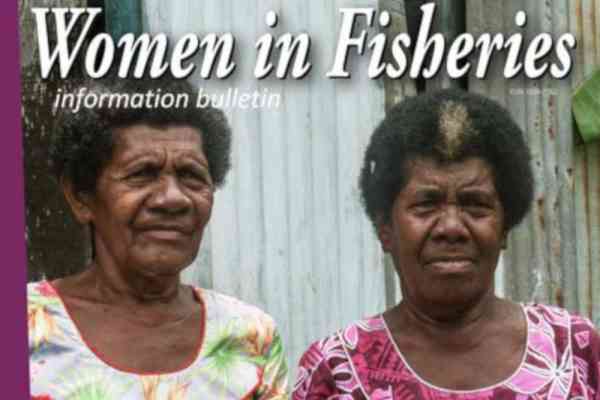 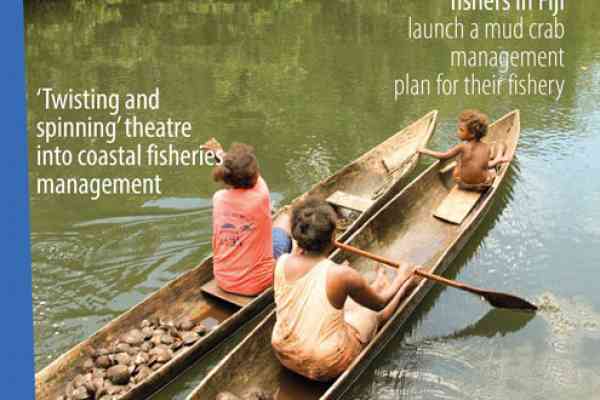