Protecting Pacific’s coconut palms from coconut rhinoceros beetle (CRB) has been an ongoing battle in the region. Since its first case of CRB in Mangaliliu in 2019, Vanuatu has stepped up responses to eradicate this pest from its islands with the support of the Pacific Community’s (SPC) Coconut Industry Development for the Pacific (CIDP) project.

The beetle, which feeds on the crown of coconut trees, can spread rapidly if unchecked. The incursion had the potential to devastate the country’s coconut industry, which contributes 45% of the national GDP as well as providing a livelihood for tens of thousands of people in the country.

To protect the country’s coconut industry, SPC, together with Vanuatu’s Biosecurity team, mounted a rapid response to support local biosecurity efforts to contain the spread of the pest.

Drawing on technical expertise and other resources through the CIDP project, the team carried out mass trapping, breeding site clean-up, and biological control (the CRB strain in Vanuatu is susceptible to both virus and fungus). SPC also supported and strengthened coordination of the field response, which relies on a robust system of communication between people in the field, managers, and up to government level, building capacity in all areas and activities of the Vanuatu Biosecurity Staff.

Visoni Timote, SPC’s Land Resources Divisions (LRD) Plant Pathology Adviser explained that “SPC coordinated information and knowledge sharing on the CRB crisis among stakeholders in Vanuatu, in the Pacific region, and the international arena. Partnership with the Vanuatu Government was paramount. Other local stakeholders, including civil society groups, NGOs and the private sector, were informed and involved.”

Through this initiative, the beetle has been contained within the incursion site. More than 10,000 beetles have been collected and destroyed so far, including grubs, pupae and adults.

Biological control work is underway with AgResearch NZ. Beetles inoculated with Oryctes rhinoceros nudivirus, which causes severe disease in CRB, have been released and the team are waiting for results. For fungal control, the team have been investigating the efficacy of Metarhizium, a fungus used as a biological pesticide, and plan to trial this method soon.

Vanuatu's Biosecurity now has capabilities to manage future pest incursions. Specific skills training included recognising CRB larvae and damage, recognising and destroying CRB breeding sites, building of traps and lures, mass-producing of the biological control fungus, and knowledge of the incursion pathways for CRB and other pest and diseases. As well as improved technical skills and coordination abilities, biosecurity officers say they feel more confident to lead their teams in pest control efforts.

Awareness-raising around the project allowed people to be generally more aware of the pest, its methods of spread, and how to reduce this risk. Unaisi Turaganivalu, LRD’s Plant Pathology Technician applauded the efforts of Vanuatu Government for its quick response towards to incursion of the rhinoceros beetle pests. “Political will, and commitment of the government, was essential to the rapid and successful response. In particular, by declaring an emergency, the government enabled vital funds to be made available for the work.”

“Managing pest outbreaks is as much about awareness-raising and coordination of people and activities as it is about dealing directly with the pest. Both aspects need adequate effort and resources.”

This project was implemented through the financial support of the European Union. 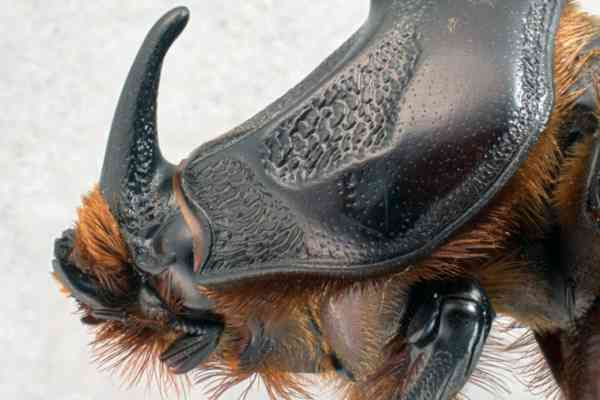