Economic Statistics For The 2030 Agenda: Where Does The Pacific Stand

This blog was originally published on https://www.unescap.org/blog/economic-statistics-2030-agenda-where-does-pacific-stand

The success of the United Nations’ 2030 Agenda for Sustainable Development is measured using 231 globally agreed indicators, 46 of them require the calculation of Gross Domestic Product (GDP), a complex indicator calling for a long list of statistics. Measuring success in achieving the 2030 Agenda therefore depends on a considerable amount of work by all national statistical offices of the world. This requires financial and human resources, something often in short supply in small, developing nations such as many Pacific island States.

So how are Pacific island States doing when it comes to generating the multiple statistics needed to calculate GDP to monitor 46 of the indicators for the 2030 Agenda? Let’s first have a look at the situation in the broader Asia-Pacific region:

The analysis also found that in general, small countries produce less indicators than large countries. It concluded this is due to “economies of scale”: The larger a country’s population, the smaller the share of population needs to be surveyed for a representative sample. Therefore, costs of surveys decrease with higher populations. Also, a small population means a small statistical office and smaller offices may need to limit the scope of their economic statistics production to a few high-priority items to ensure quality.

The SPC study reveals a typical Pacific island State produces around 40% as many priority economic indicators as a typical Asia-Pacific country.

Among the priority indicators, only GDP (by production approach) is produced by all countries. The second-most produced indicator is the Consumer Price Index (CPI), the headline measure of inflation.

Inability to produce other core economic indicators means less information available to make informed policy decisions. For example, a government will lack a tool for labour dispute resolution if information on labour supply, demand, costs and wages is incomplete. Wage/earnings data is only produced by eight of the Pacific island States, labour supply and demand by four of the Pacific island States covered in the study and none (!) produce labour cost and wage indices.

Producing an indicator once is not enough. Regular updates are needed to monitor trends. And here, the Pacific island States struggle even more. Of all priority indicators, only the CPI is produced with the recommended frequency.

Why are Pacific island States struggling?

The Asia-Pacific analysis concluded that population size to a large extent explains the number of indicators produced. SPC’s analysis surprises on this point: Once we zoom in on the smallest countries, population size may be one part of an explanation but may not be the most important one.

The SPC analysis points to weaknesses in statistical institutions as the main reason for the state of economic statistics production: inadequate human resources and skills, insufficient funds, outdated IT systems and lack of institutional coordination hinder production of timely, frequent and accurate economic indicators.

What can be done?

The SPC analysis stresses the challenges are not specific to economic statistics. More investment in statistics per se is required for the 2030 Agenda.

This resonates fully with the vision and priority actions agreed by the Asia-Pacific statistical community to meet the demand for statistics for the 2030 Agenda. Last year, Governments from the region backed this vision and committed to the Declaration to Navigate Policy with Data to Leave No One Behind which calls for investments in national statistical systems.

These commitments are good news for the Pacific! They show better resourced countries and development partners stand ready to support small island developing States. At ESCAP, we stand committed to leverage our unique regional platform for accelerated action to advance statistics for the 2030 Agenda.

This blog builds on work by the Regional Programme on Economic Statistics (RPES). If you want to learn more, look up the RPES website or contact us at [email protected]. 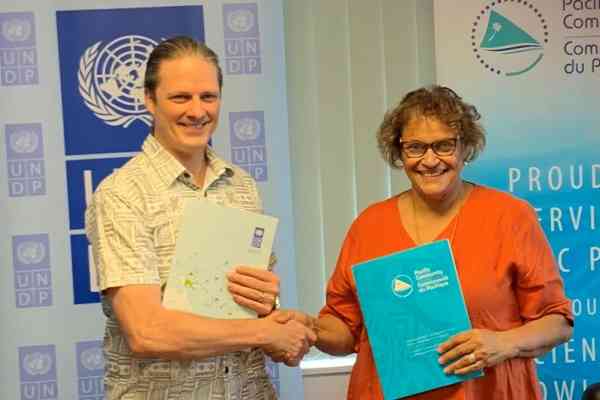 Measuring and managing impacts of COVID-19