CANBERRA, Australia, Feb 18 2021 (IPS) - While Pacific Island countries have, so far, been spared a catastrophic spread of COVID-19, their economies have been devastated by the effects of border closures, internal lockdowns and the demise of international tourism and trade. With the global pandemic far from over, Pacific Islanders are looking to their local and regional economies to drive resilience and recovery.

In Fiji, the pandemic has led to one in three people losing their jobs. In Vanuatu, in the southwest Pacific, the combined economic losses of COVID-19 and Tropical Cyclone Harold, which descended on the Melanesian nation in April last year, are predicted to reach 68.7 percent of Gross Domestic Product (GDP). Meanwhile, extreme poverty across the region could rise to 40 percent, forecasts the Development Policy Centre at the Australian National University.

“The development and support of existing and new domestic industries and the private sector is critical to help affected families get through the economic downturn and to maintain income,” Mia Rimon, Regional Manager for Melanesia at the regional development organisation, Pacific Community, in Vanuatu told IPS.

The Pacific Islands region, with a total of 27,215 reported cases of coronavirus, as of Feb. 18, represents a fraction of the more than 100 million cases worldwide. However, the price for countries in the region of maintaining strict border closures to protect their small highly vulnerable populations is the decimation of the tourism industry.  The sector is of huge importance to island countries, such as Vanuatu, where it accounts for 46 percent of GDP, and in Fiji 39 percent of GDP. Between April and September last year, the pandemic caused monthly tourist arrivals in the Pacific Islands to plummet by 99-100 percent.

Trade in the region has also been hit. During the first half of 2020, exports from Tonga dropped by 28.3 percent and from Tuvalu by 71 percent.

Pacific Island governments have, accordingly, seen a decline in revenues. Most governments introduced stimulus packages to support households and businesses during the worst of the crisis, but, in the current economic climate, these costs will be unsustainable over a long or indefinite period.

With the prospect of a ‘travel bubble’ between Australia, New Zealand and Pacific Island countries unlikely to occur soon, the region will struggle to grow by 1.3 percent this year, forecasts the Asian Development Bank. But output levels in highly exposed Pacific Island countries are unlikely to recover to pre-pandemic levels until 2022 or beyond, reports the World Bank.

Pacific leaders are now looking to the economic potential within the region. At a virtual meeting in August last year, Pacific Islands Forum Economic Ministers concluded that the crisis offered ‘the opportunity to assert a regional economy that supports Pacific priorities and to consider investments, policies and partnerships required to secure the region’s economic resilience and the wellbeing of its people now and into the future.’

Dr Neelesh Gounder of the School of Accounting, Finance and Economics at the University of the South Pacific in Fiji, told IPS that the private sector will be important to recovery, but added that “governments will need to support the private sector with policies and incentives that will reduce the cost of doing business and provide incentives for expansion and growth.”

Some local entrepreneurs are already manoeuvring to gain new skills and adapt their enterprises for a local, rather than international market.

In the Polynesian Kingdom of Tonga, a local business, South Pacific Mozuku (SPM), specialised in a luxury range of cosmetics and skincare products incorporating a seaweed, known as ‘Mozuku’, which grows in the waters around Tonga. It was a perfect fit for the international tourist market. Before the pandemic, Tonga received up to 5,000 cruise ship visitors per day. The business also exported raw seaweed to international buyers, mostly in Japan. But then the pandemic hit, tourist visitors evaporated and the export market declined.

“We lost 60 percent of our orders during lockdown in March and April 2020,” Managing Director, Masa Kawaguchi, told IPS. After a strategic rethink, he is now pivoting the business to make fresh food products, still using ‘Mozuku’ seaweed, which possesses nutritious and anti-oxidising properties, as an ingredient. They are now sold through local supermarkets and distributors.

It is a sector of natural strength and expertise in the region. “Almost all Pacific people are coastal people and have their lives entwined with the sea. Significant livelihood opportunities are marine-based. Hence, it is important to continue upskilling to meet changing demands and resources,” Avinash Singh, the Pacific Community’s Aquaculture Officer, told IPS.

SPM, which employs 25 local Tongans, is delivering further benefits to local communities. Its partnership with the Tonga Youth Employment Entrepreneurship (TYEE) scheme has led to local youths being involved in promoting public awareness of ‘Mozuku’ seaweed as a health food and organising tasting events in shops and restaurants in the capital, Nuku’alofa. And ‘Mozuku’ is now on the menu for patients, doctors and nurses at the Vaiola Hospital, also situated in the capital.

Further west in Vanuatu, youths, women and islanders with disabilities are being mobilized in a new income generating initiative, called the 300 Coconut Bag Project, in the main city of Port Vila.

“The impacts of COVID-19 on the lives of Ni-Vanuatu is really sad as people get laid off from their jobs, young people who are recruited in tourism sectors and other trades have to go back home due to limited hours of operation as there are no more tourists,” Project Manager, Sethy Melenamu, told IPS.

The International Labour Organisation (ILO) reports that ‘the pandemic is inflicting a triple shock on young people: destroying their employment, disrupting education and training and placing major obstacles in the way of those seeking to enter the labour market.’ These issues are of importance in the Pacific Islands, which is experiencing a youth bulge. Currently half the region’s population of about 11.9 million are aged under 23 years.

The making of recycled and reusable coconut bags is generating employment and incomes for youths, women and disabled people affected by the pandemic in Port Vila, Vanuatu. Photo credit: 300 Coconut Bag Project

In Port Vila, about 30 young people are being employed to collect discarded waste plastic, which is then crafted and sewn by local women and disabled people into large reusable carry bags. Each bag, which is designed to hold six heavy coconuts, features an inner lining of recycled plastic and an outer layer of aesthetically woven pandanus leaves.

It is envisaged that, following production, the bags, which are being promoted as waterproof, reversible and fashionable, will be on sale in March in local fresh produce markets, retail shops and online.

The project, which is supported by the Pacific Community in partnership with the Vanuatu Office for Ocean and Maritime Affairs, intends to outlive the pandemic.

“The project is long-term; there will be more prototypes of products to be tested and modified. Also, the beneficiaries will see it as an alternative source of income for the vulnerable. I would like to make it a sustainable social enterprise in the future,” Melenamu said. 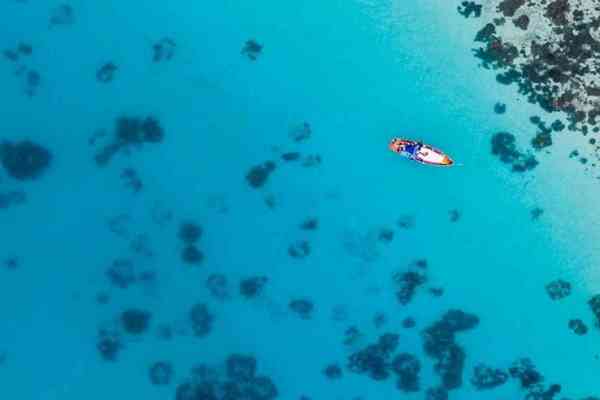 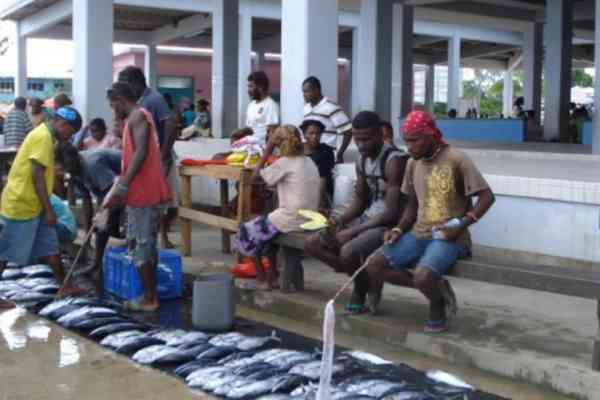