The Western and Central Pacific Ocean (WCPO) holds an abundance of different tuna species representing an industry worth six billion dollars. This region now provides 55% of the world’s five million tonne catch of tropical tuna, from stocks currently assessed to be fished sustainably. In addition, tuna fisheries provide up to 98% of government revenue via fisheries access fees in the case of some Pacific Island nations.

The Pacific Community (SPC), as the scientific provider to its members and the region’s fisheries management organisation (the Western and Central Pacific Fisheries Commission (WCPFC), is using cutting edge science to monitor tuna stocks and the pelagic ecosystem in the WCPO.  The latest stock assessments report that this region is currently the only ocean with all four key tuna species; skipjack, yellowfin, bigeye and albacore, in a healthy state.

However, some challenges remain for sustainable fishing of tuna and other species, as well as for preserving the ecosystems. One on these is being able to track the number of drifting Fish Aggregating Devices (dFADs) in this ocean encompassing the largest tuna fishery in the world. SPC scientists have published, this week, a study in the peer-reviewed International Council for the Exploration of the Sea (ICES) Journal of Marine Science, presenting a novel approach to estimating the number of dFADs used in the WCPO. This deeper understanding provides a firmer foundation for achieving profitable yet sustainable tuna fisheries that depend on dFAD use in the WCPO, as well as offering a model which could be used to inform estimation and monitoring of dFAD use in other ocean regions.

This study, which sets the stage for the sustainable management of dFADs and for future scientific work, would not have been possible without a strong relationship and a considerable level of partnership between scientists, fisheries managers, and the fishing industry in the region.

Why are dFADs used?

Many species of fish have a natural tendency to gather under and around floating objects; it is a feature of their collective behaviour which has been exploited by fishers for decades. Artificial drifting FADs are now widely used by industrial fisheries to catch tuna in oceanic waters. Fishing vessels increasingly use satellite tracking buoys attached to the dFADs to track them, while sonar technology transmits information about the quantity of tuna beneath the dFADs.

Fishing on dFADs in the WCPO

Knowing where the fish are and approximately how many of them are present is clearly an advantage to the fishing industry. Fishing on dFADs has therefore allowed for a general increase in the catch of tropical tuna, while reducing the effort and costs spent in locating tuna schools.

A large part of this catch comes from the purse seine fishery, which relies on dFADs for more than 40% of its catch. ;

However, it must be noted that dFADs are not without their problems. Sustainability issues can arise from the higher catch of small bigeye and yellowfin tuna on dFAD sets, as well as catching vulnerable species like sharks and sea turtles, and marine pollution from lost dFADs.

Regional management bodies such as the Parties to the Nauru Agreement (PNA) and the Western and Central Pacific Fisheries Commission (WCPFC) have been supporting SPC research into quantifying dFAD use since 2017. Estimating the ideal number of dFADs to strike a balance between profitability and limiting impacts on ecosystems and tuna stocks is vital to ensuring sustainability of the resource and industry. But how can we keep track of how many are being used in order to achieve better analyses and provide advice for the management of their use?

Scientists at SPC, working with the Parties to the Nauru Agreement (PNA) whose members control the largest skipjack fishery in the world, have developed new ways of estimating the use of dFADs in the WCPO through a novel combination of four fisheries datasets over the 2011–2019 period: at-sea observers’ data, vessel logbook reports, Vessel Monitoring System (VMS) data, and trajectories from the satellite buoys on dFADs. Using these data, which are often commercially sensitive and confidential, requires a secure collaboration between partners.

Using this combination of data sources for the first time, SPC scientists found that between 20,000 and 40,000 dFADs are deployed per year. This corresponds to every purse seine vessel monitoring on average between 45 and 75 dFADs each day. A striking result was also the relatively stable trend in terms of dFAD deployment detected over the last decade, which is different from the increasing trends seen in other oceans that rely more heavily on dFADs. The methods implemented represent a significant move towards improving the quality and quantity of data available for WCPO fishery managers through regional cooperation in collecting data, and scientific creativity in the way it is analysed.

The Regional Observer Program will hopefully resume in the coming months, having been limited due to the COVID-19 pandemic. This approach developed in this study provides a baseline to monitor dFAD use in the WCPO and a model which can be applied to other oceanic regions where dependence on dFADs is higher, yet data are lacking. It also demonstrates the confidence that Pacific fisheries can have in the way in which their data are managed and used by SPC and its partners. This in turn paves the way towards more sustainable and economically successful fisheries. 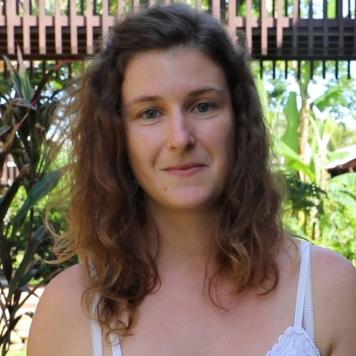 Fisheries Story: Gathering data to analyse how effective the anchored FADs are for fishers’ livelihoods