*This article was originally published on the GEAReD Global website on July 28 2021.*

Since the Meryl Williams Fellowship brought them together in 2020 Mere Naivola and Loraini Baleilomaloma Kasainaseva have become part of a strong Pacific network. Here, they share their experiences of working in the agricultural sector and how they are championing change.

An agribusiness consultant, farmer and mother of three, Mere Naivola has held senior roles within the Fijian Ministry of Agriculture and collaborated with hundreds of farmers to manage agribusiness development. She is an accomplished professional, with qualifications in Agricultural Science and Economics, yet up until recently was struggling to be heard.

"Being the eldest of two children, I always felt that I should be treated the same as a man, but gender equality remains a challenge in Fijian communities," Mere says. "Men are prioritised over women for everything - eating, sharing whatever is distributed, and land ownership.

After marriage, women are expected to be submissive to their husband. At home and in organisations, men still dominate."

In the workplace, Mere was accustomed to discrimination on the basis of her gender, and commonly experienced the disappointment of having her ideas rejected by male leaders. "It was a common attitude to have men ask: 'What right does she have to say that? Why should she conduct this meeting? Or be here at all?' Many men felt they should always make the decisions and were always right."

Conducting field work in agriculture was particularly fraught, given that farms are predominantly owned (but not always run) by men. "I often found that men would give another man their complete attention in a meeting or during training, while they ignored me, and I could see that many women farmers were being left behind," Mere says.

But her own attitude changed dramatically after becoming a Meryl Williams Fellow. "The fellowship has enabled me to be more brave and decisive," Mere says. "In the past I have been ashamed to voice my opinion publicly, but I now say what I think, out loud. I believe in myself - that I have studied, and have knowledge and experience to offer. I openly share my grievances with superiors when I see things that are not right, and I have the strength to be forthright in male-dominated situations."

In the field, Mere has also adopted a strategy aimed at including more female farmers in her research and training. "I have made it compulsory for men and women to be involved, to recognise the women farmers and because I know how much influence they have over their husbands," she says. "It has started to change the mindset of the male farmers - they are seeing what the women are contributing. When the men and women are together, I can see that things are improving. It's not easy, but my aim is to become a Minister and to see the government fully implement this idea throughout the agricultural sector. We need to do something about it. Us ladies are powerful."

Within her own family, Mere moved quickly upon returning from Australia to share her learnings. "I realised that I was missing something in my life, so I called my family together," she says. "I shared my views and opinions, and we discussed the different values we each possess. I realised we are all unique, my family members and even my work colleagues. When we accept the way we are, and understand the values of others, we can complement each other better. It has contributed to the success I have had more recently with my stakeholders, including farmers and agri-traders.

"At home, my husband has quietly adapted, and he now lets me make decisions. I am also teaching my daughter, who is almost 18, to be a powerful woman and leader in her own way. Being a Meryl Williams Fellow has enhanced me." Over at the Land Resource Division of the Pacific Community (SPC), an international organisation providing scientific, technical and development support to the Pacific Island Countries and Territories, Loraini works as a landscape management technician. She, too, grew up in a family that challenged cultural norms relating to gender.

"My parents pushed me to participate in activities that were not gender biased, such as hockey, scouts and school camping," Loraini says. "My dad was also a rugby coach and would take me to rugby games, and I sometimes helped at rugby camps, too. I wasn’t brought up in a space where women stayed home and only did household chores. Gender equality was not really an issue; I was taught to respect everyone equally."

However, Loraini did see in other families the way men were favoured over women for educational and travel opportunities. "Women do face challenges in Fiji and the Pacific due to cultural influences and I’ve witnessed this during my life and career," she says. "In reality, my culture does not demean women; men are meant to provide for our vulnerable groups, including women, children and the elderly. But in today’s modern world, many women are working and contributing and supporting their husbands, and I believe it is the individual man - and not the culture - that will allow men to accept and support this progress."

Like Mere, Loraini's work in agriculture (in her case in forestry/natural resource management), has seen her collaborate predominantly with men. "Production decisions are mostly made by men, and women provide a supporting role," she says. "But I’m fortunate to work in an organisation that includes women in its strategic business plan. SPC promotes gender equality in the workplace, and provides equal opportunities to women researchers."

Still, some forestry meetings that Loraini attends involving Pacific member countries are commonly led by men. "But this does not mean they disregard the views of women," she says. "I just had to learn to manoeuvre my way around male-dominant discussions and adapt to the situation. I have a great team, and a manager who has supported me on this journey." Being a Meryl William Fellow has helped tremendously. "It has allowed me to build my network and enjoy the assistance of mentors and other professional women working in my field in the Asia-Pacific region," Loraini says. "This has allowed me to tackle some of the management, scientific and technical issues I face.

"By recognising my professional and academic expertise, the fellowship also enabled me to get a promotion, and I now have a coordinating role. And the fellowship network has given me access to more academic opportunities, which I hope to pursue soon.

"The fellowship has taught me a lot about the values that a leader possesses. As a woman in this sector, it is not the position that you hold and the number of academic accomplishments you have, it is how you value the people that you work with, and this starts with valuing yourself."

These are ways of thinking that Mere and Loraini believe should be widely shared.

"I think we should be teaching these things to the world, to every community," Mere says. "Everyone has equal rights. We are each unique, with our own values. That's what I want my 18-year-old daughter to be - a leader in her own way. I don't want her to face the challenges I faced, but change in Fiji is going to take time. I think the refusal to appreciate the role of women and to treat them equally is holding Fiji back."

Only by men and women working together can the best outcomes for agriculture and sustainable forestry development be achieved, according to Loraini. "Women bring a lot of strength to the co-management of agriculture, given their natural attention to detail, capacity for hard work and inspiration to do it for their families and their future," she says. "Women are drivers of change in communities; they often raise some of the best ideas and concerns. They also actively participate in community and church activities. Women just need a platform to be able to voice their opinions."

The Fellowship contributes to more secure food systems by providing women in agricultural science with greater access to resources and decision making, building collaborative networks, supporting career advancement and driving institutional progress towards gender equity. You can learn more about the fellowship at https://www.geared.global/aboutmwf 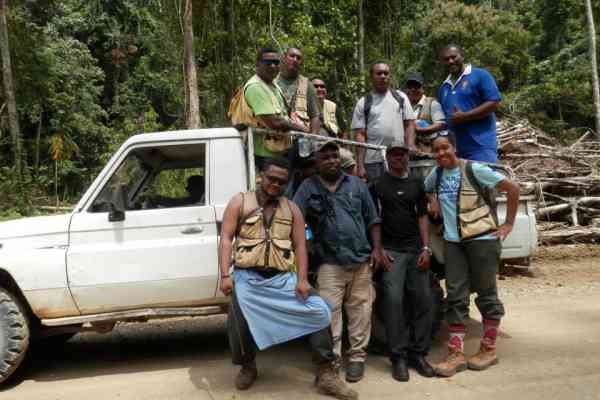 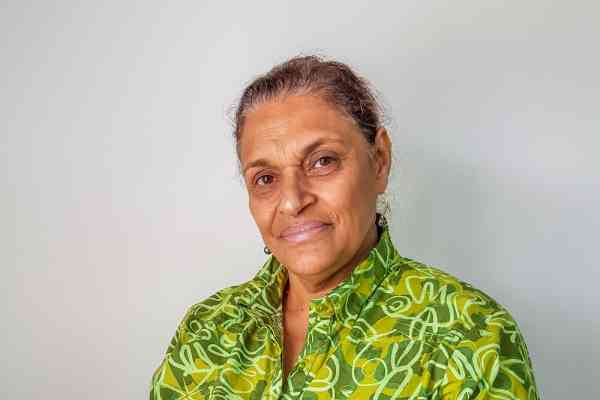