The lack of reliable and comprehensive data on production, domestic consumption and exports of kava could be holding back investment and growth prospects for the kava industry according to a new paper by Nilima Lal, Economic Statistics Adviser, Statistics for Development Division, Pacific Community (SPC).

Kava is made by grinding parts (usually the roots either dried or fresh depending on the country) of the plant Piper methysticum, soaking it in water and then straining it using a cloth or vau which is the dried inner bark of the hibiscus plant.  Kava is reported to lessen anxiety and is said to contain some medicinal properties. It is also reported to have some side effects due to which a number of countries have placed restrictions on its import.

The cultivation and sale of kava is an important source of income for many rural farmers and their families across the Pacific.  Kava is also a source of economic importance to many Pacific Island countries and territories as a significant contributor to gross domestic product and to foreign exchange earnings and the balance of payments through exports for some countries. There are believed to be many opportunities for expanding kava production and exports in the region.

But without comprehensive data on production, domestic consumption and exports of kava it is difficult to build a strong investment case for either private sector or government intervention.

The paper points to Fiji as the only country with extensive kava data which shows an acceleration in the quantity and the value of kava production and its consumption from 2014 onwards. With the increase in production seeming to be driven by consumer demand as well as higher farmgate prices paid to growers. While the quantity of kava produced increased by 420% from 2005 to 2019, the price per kilogram of kava for the same period increased by 533% which is 114 percentage points more.

Register:
To register and join the call this Friday please use this link: https://forms.office.com/r/UkJtevq045 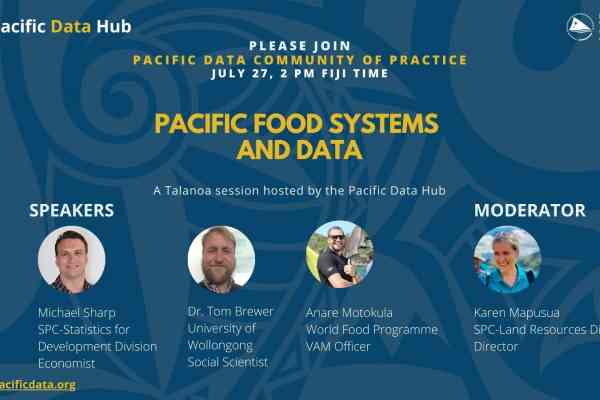