Imagine a violence-free Pacific where people live freely, happily, and in harmony without fear of violence/abuse (in all its forms), learning from, sharing with, and caring for one another, working towards one common goal of developing a progressive nation.

Building such a nation requires its citizens to hold strong citizenship values such as respect, fairness, cooperation, and responsibility. Citizens would be mindful of their roles and contributions to their communities, treating everyone with dignity and respect, without discrimination on the basis of sex/gender identities, religion, or ethnicity.

Through the Social Citizenship Education (SCE) Programme led by the Pacific Community’s (SPC) Human Rights and Social Development (HRSD) Division, teacher capacity trainings administered in Kiribati, Tuvalu, the Republic of Marshall Islands (RMI), and Vanuatu are helping progress this, enhancing knowledge and understanding around rights and civic responsibilities for its teachers and students with SCE integration into the school curriculum. Teachers are undergoing trainings around human rights, gender equality, social inclusion, and non-violence as part of this SCE programme. Following these trainings would then involve teachers taking the learnings to the classroom to their students with the goal of equipping school students and young people with the skills to be able to make good, considered decisions; work collaboratively and peacefully; and think creatively to ensure the sustainable future of our Pacific countries.

A teacher in RMI, Laisenia Levaci said the trainings reminded him to be mindful of diversities, pay attention to detail especially on those things that may not be obvious, be honest in his dealings, and to provide proper tools to his students so they are clear about the lessons or topics learnt.

“I am conscious of equality among both man and woman, boys and girls, and to give equal opportunity when a task is taken or when a need arises to display equality,” Levaci said.

“I’m mindful that each human being is unique in their own way and to treat them all with respect despite the differences. It also helps me to be more tolerant and to always remember to be patient with each person differences in opinion and thoughts,” he added.

Levaci mentioned the difference between equality and equity shared in the trainings provided clarity to his understanding of the terms and their associations.

“That picture and explanation given really differentiated the role that a leader or a teacher should have, and it can make a really big difference in the work that we perform with the students, or community or in any given circumstances,” he said.

Levaci said he will continue to learn innovative ways to be an effective tool in advocating the lessons learnt, promoting gender equality, human rights, and other issues in his school SCE club.

Vanuatu teacher, Elinrose Solomon said application of knowledge learnt from the trainings are bringing about positive changes with regards to changing attitudes and behaviours.

“Despite there being more males in our class than females students, they really respect each other in all the activities in and out of the classroom. They try to apply the situation at their homes and report it to class the next day during their conversations,” Elinrose said.

Elinrose said the trainings have also made her realise the importance of listening to and respecting the opinion of students.

“They have the right to express themselves even if they are younger. I need to respect them in their discussions too,” she said.

Another Vanuatu teacher, Regina Bumseng said the teacher trainings have enhanced her knowledge around Children’s Rights.

“When I first heard of it, I didn’t support the idea because I thought these rights will make children not respect us anymore. However, through the trainings I learnt that these rights come with responsibilities,” she said.

“It is my hope that our children be good citizens of Vanuatu by being respectful, truthful and self-reliant, develop their potential, cherish Vanuatu values, and have faith in God,” she added. Associate Lecturer at Kiribati Teachers College, Tiritaake Tonana said the inclusion of human rights and gender equality in the school curriculum has made a difference in that resources administered in schools are starting to be gender balanced now.

“Texts used before were stereotypical and not inclusive. Teachers are now being made aware of what stereotypes, discrimination and gender inequality are and are starting to understand how important it is to avoid such things in a classroom,” she said.

The integration of SCE in the classrooms are also bringing about understanding amongst students of social citizenship education concepts.

RMI Year 12 student, Kiyoshi Tadashi said the incorporation of human rights and gender equality in the classroom has taught him to be more active in the community, respect each citizen’s rights, be a responsible citizen, and treat men and women equally when it comes to daily activities.

“Being a social citizen to me is about working together with the community, giving your time and patience, and sharing ideas. A social citizen should also care for the laws and rights made by the people and the government,” he said.

Another RMI student, Lillia Jack said as a social citizen, one must lead by example to others, to cooperate and help one another.

“The incorporation of human rights and gender equality education in the school curriculum has impacted me into wanting to be the best example to others,” she said. Kiribati student, Neeti Ramiteh said being a social citizen means having social rights and obligations and one of the responsibilities as a social citizen is to support equality of status in the community.

“I have been taking part in group activities which is a great way to meet like-minded people to take action on the issues I care about,” Ramiteh said.

Funded by the European Union under the Pacific Partnership to End Violence against Women and Girls (Pacific Partnership) Programme, the SCE programme equips school students and communities to understand and apply human rights and responsibilities, gender equality, inclusion, and non-violence.

The Pacific Partnership is funded primarily by the European Union, and the Governments of Australia and New Zealand, and UN Women, and is led by the Pacific Community (SPC), UN Women and the Pacific Islands Forum Secretariat. 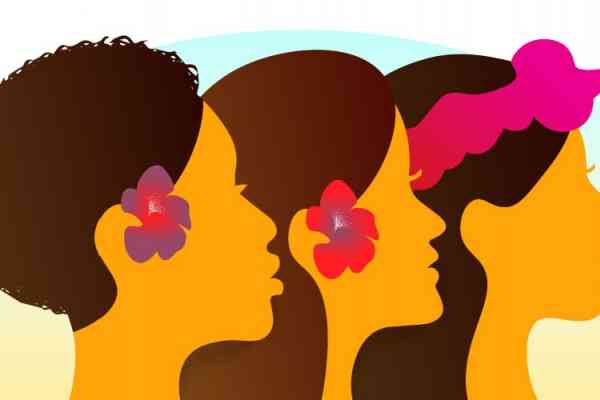 16 Days of Activism Against Gender-Based Violence