The Activity has contributed to enhancing business acumen among private sector aquaculture operators through business mentoring and training to strengthen capacity in fundamental business skills. Selection of enterprises was based on calls for proposals, and the delivery of mentoring services was run by external international and national consultants sourced through the project. Technology transfer to the selected enterprises was provided through a co-funding arrangement with 60% of the financial support provided by the activity and 40% by the selected enterprise. In addition, the Activity increased uptake of improved aquaculture practices by strengthening government and farmer capacity for seed, feed and brood stock management. The project has significantly improved SPC members’ capacity to improve on their national aquatic disease status reporting the International des Epizooties (OIE). From an initial baseline of two PICTs (French Polynesia and New Caledonia) reporting regularly to the OIE in 2016, there has been an increase to 12 PICTs (three OIE members plus nine non-OIE members) reporting annually to OIE by 2021. Significant effort was made by this Activity to encourage non-OIE PICTs to voluntarily report annually to OIE as a matter of good aquaculture practice.

There was an increased uptake and adoption of improved aquaculture practices. The formation of farm clusters in Fiji and Papua New Guinea strengthened on-farm support and exchange of knowledge and information between farmers. This was mentioned in the independent Project Mid-Term Review to be working well.

A five-year Regional Framework on Aquatic Biosecurity1 was developed for the region and endorsed by the First Regional Fisheries Ministers Meeting in 2020.

In terms of technical support to the private sector, with an initial target of 25 private sector enterprises, three calls for proposals were made, resulting in 17 private sector enterprises, one farmers’ association and one aquaculture training institution being approved and receiving assistance under the grant agreement arrangement of 60% activity funding and 40% enterprise cofunding for capacity building, business mentoring and technology transfer. Recipients were spread across 11 PICTs (Federated States of Micronesia, Fiji, French Polynesia, Kiribati, New Caledonia, Palau, Papua New Guinea, Republic of Marshall Islands, Solomon Islands, Tonga and Vanuatu), covering all three of the Pacific sub-regions of Melanesia, Micronesia and Polynesia.

There have been some significant challenges in working with enterprises. It is worth highlighting that priorities for the private sector can shift very rapidly in a short time frame and, with SPC’s procurement rules, it is challenging to adjust and obtain approvals quickly enough to to meet private sector needs in a timely manner.

There are challenges in encouraging more womenowned and/or -led enterprises to submit proposals for assistance under the 60/40 grant scheme2 for private enterprises. The Activity team “re-pitched” the advertisement in a third call for proposals under this Activity using a story-telling approach to attract more women entrepreneurs. This is an approach that should continue, but it is also important to recognise the dual role of the wife/husband “family-farm” setting and to continue to support this area.

Undertaking aquatic disease testing by collecting and sending biological specimens to reference laboratories for tests has been an important task under the Activity. An issue to highlight is what happens when there is a positive test result, and the member country or territory refuses to report on the result to OIE. There are no mechanisms in place which SPC, being the commissioned agency for the Activity and funder of the testing, could demand that the country concerned report the positive test result to the OIE. There is a need to put in place a mechanism to address this.

The uncertainty around PICTs re-opening from the COVID-19 restrictions remains as a key challenge going into 2022 for the next Activity phase under the NZ MFAT Sustainable Coastal Fisheries and Aquaculture for Pacific Livelihoods, Food and Economic Security (SCoFA) project.

Support to farm clusters and enterprises by project staff in on-farm aquatic biosecurity support remained a significant challenge and could not be rolled out effectively under the Activity during the COVID-19 restrictions.

Use of national consultants has had mixed results, only working well in PICTs where there is a good pool of experts to select from. However, depending on the field of expertise, it can be difficult, and some consultants had to be “head hunted” for the work. In some PICTs, there is good local capacity on the ground that can also receive support from the national fisheries agencies (or from SPC staff when there are appropriate staff available). For instance, that was the case with seaweed valueadding work in Solomon Islands where the SPC office in Honiara and national fisheries staff provided technical assistance. Staff recruitment and replacement is critical for the effective and timely delivery of the Activity. The two professional and national staff recruited joined six months after the start of the Activity. The national position (Aquaculture Production Technician) was difficult to replace when the first incumbent resigned. This position has now been upgraded from a local position to a professional/international position (Aquaculture Technical Officer) in the new Activity, which should attract a wider pool of applicants for the role, rather than limiting the role to the host member country, as required with local positions.

Some of the training and workshops where participants are funded to travel overseas need to be better targeted at those who will benefit the most and use the training. The dramatic increase over the last two years in the use of virtual platforms to run trainings and workshops, as a result of the global pandemic travel restrictions, has had the benefit of allowing a wider audience to attend workshops, including a significant increase in female participation. The use of virtual platforms will continue for future trainings and workshops where appropriate.

The 60/40% grant scheme has had some challenges, particularly for small-scale farm holders who stand to benefit the most. They often struggle to come up with their 40% contribution. The scheme needs to be streamlined so the process is more appropriate and easier for small-scale farmers to apply for and meet the selection criteria. The larger scale enterprises require less support, so in future a greater focus should be on the small-tomedium-scale enterprises.

The exclusion of the territories in the project design stage and during the first year of the Activity, caused confusion and inconsistency in Activity execution between this Activity and the parallel Effective Coastal Fisheries Management Activity, where territories were included. The territories raised their concerns at the Tenth Heads of Fisheries (HoF10), requesting to be included in this Activity. This was discussed and endorsed at the subsequent Activity Project Steering Committee.

Absence of reliable baseline data in the results frameworks made it difficult to assess the impact and contribution of the Activity to its medium- and long-term goals. For a new Activity such as SCoFA, efforts should be made to establish concrete baseline data through commissioning a detailed regional assessment of the coastal fisheries and aquaculture sectors at Year 1 and a follow-on assessment by at least Year 5.

Considerable effort has been made in strengthening the role of women in aquaculture, particularly in supporting women-led enterprises. From a total of 19 enterprises supported, two were women-led, one of which was the successful establishment of a private tilapia commercial hatchery. Attention will continue to be needed in making women’s roles more visible and to ensure greater participation of women in aquaculture.

Relationships and partnerships were built both internally, across SPC’s Division of Fisheries, Aquaculture and Marine Ecosystems, and with other SPC Divisions. There was a close collaboration between the Activity and SPC’s  Land Resources Division around terrestrial and aquatic biosecurity, with the organisation of a joint regional workshop on biosecurity risks management. A close collaboration was also maintained with SPC’s Human Rights and Social Development Division, particularly on gender and social inclusion in aquaculture. External relationships and partnerships with the United Nations Food and Agriculture Organization (FAO) and the World Organisation for Animal Health (OIE) were maintained through conducting joint regional meetings such as the SPC/FAO/OIE Sub-Regional Meeting on Emergency Preparedness and Response for PICTs in 2019, commissioning a review on the impact of aquatic exotic species in the Pacific in 20183 and on the development of Federated States of Micronesia National Aquatic Animal Health and Biosecurity Strategy.4 Internally within the Coastal Fisheries and Aquaculture Programme, the Activity team has been working well with the Coastal Science Management and Livelihoods Section team in strengthening areas around governance, such as development of national aquaculture strategic plans, legislative reviews and more recently on monitoring, control and surveillance (MCS).

The Activity team has established a healthy working relationship with the aquaculture private sector, particularly by working with 19 enterprises addressing capacity building through business literacy trainings, mentoring as well as in technology transfer across 11 PICTs. Partnerships have also been established with non-government organisations, for example, with the Wildlife Conservation Society (WCS)5 in Fiji to assist community pearl oyster farmers. A significant contribution has been made on building the capacity, knowledge and establishing standards for aquatic biosecurity at both the national and regional levels. The adoption of the Regional Framework on Aquatic Biosecurity provided the roadmap for member countries and territories to establish national aquatic biosecurity plans, undertake aquatic disease surveillance and manage aquatic biosecurity risks. In addition, the Activity has made significant contributions to supporting private-sector enterprises through capacity development, business mentoring and technology transfer, which resulted in enhanced business acumen and improved aquaculture practices, for instance, through diversification in primary product to new product development for new markets and being able to withstand shocks from the COVID-19 impacts, small scale enterprises establishing their own hatchery and producing seeds commercially to avoid being reliant on seeds supplied by government run hatcheries or imported seeds from commercial hatcheries. Small-scale individual farmers have increased economies of scale by being organised into farm clusters or groups where they were able to provide peer-to-peer on-farm extension support to each other, enhanced information exchange and support between farmers, and sharing of resources and support to a larger number of farmers, which is logistically easier. While farm clusters have been limited to tilapia aquaculture in Fiji and PNG, there were lessons to be drawn to help expand the cluster work to other PICTs in future.

Sincere thanks to New Zealand Government’s Ministry of Foreign Affairs and Trade for providing funding support, for their leadership and for being a great partner to this Activity. 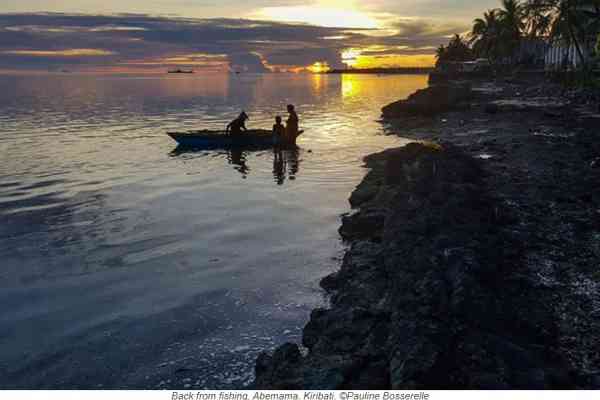 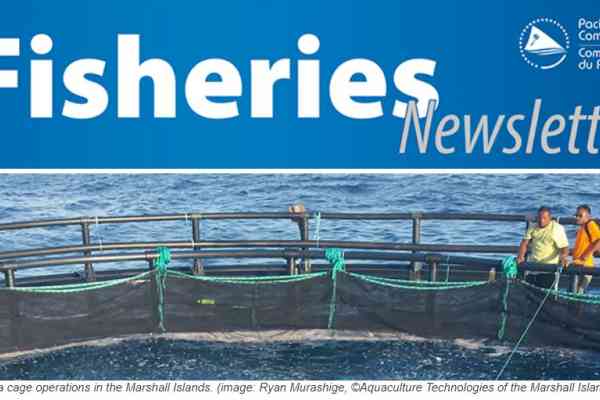