Pacific Ministers responsible for disaster risk management have sounded a call for collective, coordinated and accelerated action to reduce the impact disasters cause to Pacific communities.

The meeting spearheaded a paradigm shift in leadership on disaster risk management with a dynamic Declaration by Pacific Ministers endorsed to make the region safer and to reduce the impact disasters cause on people, economies, and cultures.

“What we have witnessed last week was more than two decades in the making, the collective commitment of Pacific Ministers responsible for disaster risk management to strengthen resilience of the Pacific to the adverse impacts of climate change and disasters. This meeting for SPC reaffirms our core responsibility to our members in coordinating regional disaster risk management efforts including the provision of scientific and technical advice and support”, she said.

The endorsement of the Declaration comes at an opportune time with the region gathering in Brisbane, Australia this week for the Asia-Pacific Ministerial Conference on Disaster Risk Reduction (APMCDRR), the main regional platform in Asia-Pacific for promoting coordination and cooperation on Disaster Risk Reduction. Bringing together Pacific countries and territories, UN Member States, intergovernmental organisations, international and national organisations and stakeholder groups, to accelerate progress on disaster risk reduction.

Globally, the Pacific is the most disaster-prone region on earth.  The World Risk Index notes Vanuatu, Solomon Islands and Tonga as the top three countries vulnerable to disaster. Six Pacific nations are in the top 20 most at-risk including Papua New Guinea, Kiribati, and Fiji.

Disasters set back the development agenda of nations as money that would have been spent on health improvements, water access, and development of new infrastructure for communities is diverted to response and recovery efforts when disaster strikes.

In the most recent global tsunami event caused by the eruption of Tonga’s Hunga-Tonga-Hunga-Ha’apai Volcano the damage bill amounted to USD 90.4million. This is cumulatively equivalent to Tonga’s entire overseas development aid budget for the two years preceding the event.

In the past decade, the two strongest cyclones recorded on the Southern Hemisphere have directly hit Pacific countries. In 2015, Cyclone Pam damages were equivalent to 64.1% of Vanuatu’s Gross Domestic Product (GDP) which also devastated 96% of food crops, a food source and economic source for communities. In 2016, Cyclone Winston hit Fiji with 280km sustained winds affecting 64% of the country’s population and damages equivalent to 31% of the country’s GDP.

Early warnings were emphasised as a priority by Ministers to make sure they reached the most remote and most vulnerable communities to ensure lives and livelihoods can be saved.

“Early warnings must be inclusive and reach our most vulnerable groups including women, children and people with disability in a timely manner” said Dr Melchior Mataki, Permanent Secreaty Min. Env, CC and DM, and Meteorology Solomons.

Pacific data shows that for every USD $1 dollar invested in early warning systems, a total of USD $6 is saved. This highlights the need to accelerate genuine preparedness actions and early warning for communities as highlighted by Hon Akaititi-o-te-Rangi Puna, Acting on behalf of the Prime Minister of Cook Islands to Head Delegation as Minister to Disaster Risk Management and Climate Change.

“Prevention is better than cure, in this case prevention helps make it better and faster to recover from disasters. If you don’t have prevention measure in place it will be challenging during the recovery process”, he said.

As the technical and scientific lead agency on disaster risk management in the region, the Pacific Community (SPC) convened the Ministerial in partnership with the Pacific Islands Forum Secretariat which was hosted by the Fiji Government.

The Pacific Community (SPC) has been working alongside Pacific countries for more than two-decades to genuinely understand the disaster risk faced by communities and to drive a shift towards more effective disaster planning, understanding science and how this informs actions to develop safer buildings and communities and driving a culture of disaster risk and emergency management alongside the region’s national disaster management offices. 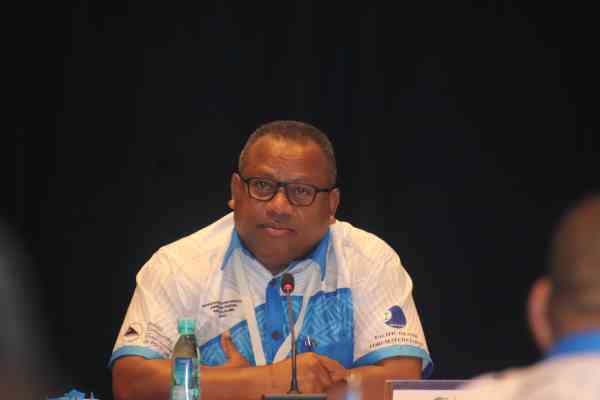 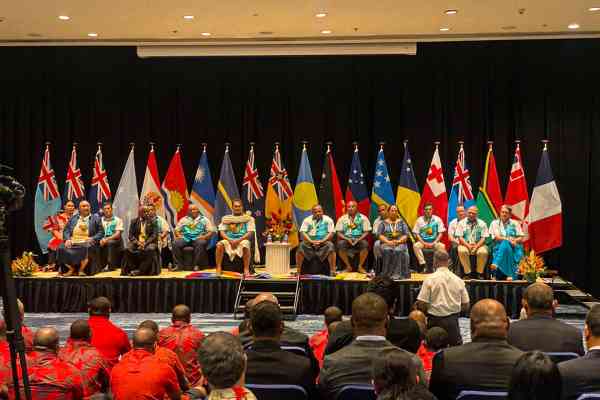