The Pacific’s annual tuna tagging research voyage monitoring Pacific tuna stock health departs today from Honolulu, for operations in and around the Kiribati Exclusive Economic Zone. The cruise is composed of 4 scientists including Giulia Anderson, SPC’s Fish Molecular Geneticist. This year, it will be a 6-weeks expedition during which they aim to release a large number of tagged fish. Last year, a record number of 6,387 tags were released. 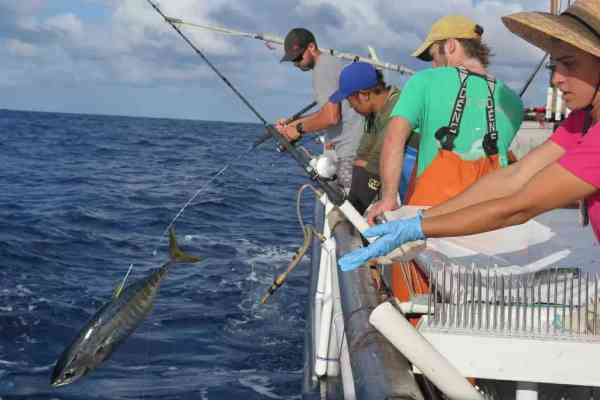