Mr Cameron Diver has been appointed Deputy Director-General Operations and Integration at the Pacific Community (SPC), based in Noumea. He took up the position on 1 January 2021.

This newly-created position places a greater focus on members’ needs across the Pacific region, along with more emphasis on partnerships, integrated and country programming. In this role Mr. Diver will be responsible for all of SPC’s support services including the core areas of Human Resources, Legal Services, Finance, Information Services, SPC’s network of decentralised offices, as well a brand-new function - Integration and Resource Mobilisation. SPC has ambitious plans to strengthen engagement with Members, broaden its outreach, partnerships and donor base, and develop integrated, multi-sector programmes across its mandate to address their needs. These flagship programmes will directly contribute to meeting the Pacific region’s major development challenges and, alongside SPC’s existing work programmes, will actively target new sources of long-term, sustainable funding.

Mr Cameron Diver previously served as the Deputy Director-General (Noumea) at SPC for seven years, where he was responsible for SPC’s operations and divisions based at its New Caledonian headquarters, together with its Micronesian Regional Office and European liaison office. He holds degrees in law and arts from the University of Auckland, a Master’s degree in law and a Diploma of Advanced Studies in public law and international relations from the University of New Caledonia. Mr Diver brings extensive professional experience to this new role, having worked closely with SPC’s donors, member countries and territories. In addition, he has worked extensively with other Pacific agencies and on bilateral relationships in the region. Mr Diver is a citizen of both New Zealand and France and is fluent in SPC’s two official languages: English and French. Dr Stuart Minchin, new Director-General of SPC: I want to start a journey 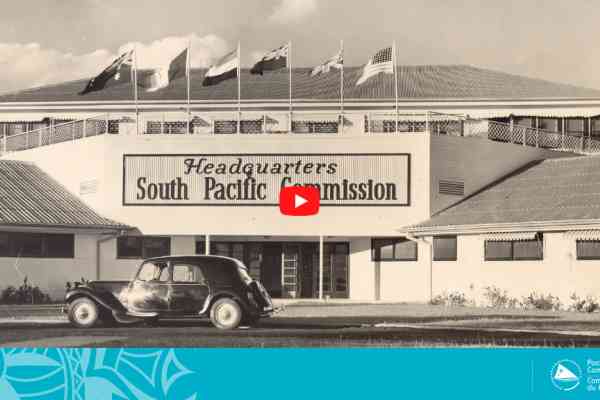 What is SPC? - The establishment of the Pacific Community (SPC) as an intergovernmental organisation