Why are some Pacific Lagoon corals resistant to climate change?

Abundant with diverse coral and fish species, the South-West Pacific reefs play a critical role in the marine ecosystems and economies of Pacific Island Countries and Territories (PICTs). While there is no question that climate change is affecting coral, the level and type of impact is not uniform. To help us better understand why these differences exist, a team of marine scientists from New Caledonia set off on a scientific mission to sample coral species around the mainland of this Pacific Island nation.

It is no surprise that coral reefs are often called the rainforests of the ocean. While covering less than 0.2 % of the ocean floor, Scleractinian corals (hard corals) are essential for the sustainability of up to one third of all marine wildlife. They are a magnet for fisheries and tourism as well as a key resource for Pacific Island people.

When the monthly mean sea surface temperature rises about 1°C above normal for an extended period, coral bleaching occurs leading to starvation and even the death of the coral. Restoring coral reefs by planting fragments of corals onto the reefs is a solution, but the transplanted corals still face the same threats.

However, some corals in certain areas appear to have developed mechanisms to cope with increases in temperature. Today scientists around the globe are examining the genomes of these corals to learn how they have adapted. Coral reef research is attempting to find the molecular markers which indicate which corals are resistant and which are sensitive to heat stress. Such resistance markers will pave the way for selective replanting in areas of coral destruction and could provide new tools for conservation and management actions.

The New Caledonian lagoon, the largest of the world, harbours various environmental conditions, especially with regard to the water temperature. Scientists have taken advantage of this unique ecosystem to identify genetic markers associated with thermal tolerance in corals.

In June 2021, a team of scientists from the Institute of Research for Development (IRD), the French National Centre for Scientific research (CNRS) and the Pacific Community (SPC) embarked on a ten-day research cruise on the Alis vessel* around the New Caledonia mainland (Grande Terre) to identify and sample three coral species at ten sites for various morphological and life traits - Acropora digitifera, Tubastrea coccinea, massive Porites species.

“We had carefully described the environmental conditions prior to this trip through analysis of remote sensing data, measuring variables such as sea surface temperature, salinity, chlorophyl, and current to select the most contrasted sites especially with regard to coral bleaching alert frequencies,” said Dr Véronique Berteaux-Lecellier, the project’s lead investigator at CNRS. “Through coral DNA sequencing and analysis at each site, we hope to uncover coral heat resistance molecular markers to understand if and how they have adapted to local conditions.”

Although the ways in which cells respond to heat-stress have been well-studied, what triggers these responses is not so well-understood. By mapping the genetic characteristics of the coral against the environmental conditions in which they grow, we can start to shed some light on what enables them to be relatively resistant to heat stress.

“This collaborative cruise is definitely boosting our work at SPC and is really promising for marine conservation,” said Pauline Bosserelle, the SPC scientist participating in this research cruise.

The next steps include measuring the range of temperatures these corals with adapted genotypes will tolerate in comparison to the non-adapted coral colonies, and compare that information with projections of sea temperature changes in the coming years. “These adapted colonies could be used to reseed areas which have already been depleted,” Dr Berteaux-Lecellier explained, “regenerating the dependent ecosystems and revitalising the reefs.”

If successful, the information from New Caledonia reefs will provide new coral preservation tools, not only for this Pacific Island, but for coral reef protection efforts around the world.

About CNRS:
The French National Centre for Scientific Research (CNRS) is internationally recognised for the excellence of its scientific research and is a reference in the world of research and development, as well as for the general public. It is an interdisciplinary public research organisation under the administrative supervision of the French Ministry of Higher Education and Research. Since 1980 in New Caledonia. www.cnrs.fr/en/cnrs

About IRD:
The French National Institute for Sustainable Development (IRD) is an internationally recognized multidisciplinary organization working primarily in partnership with Mediterranean and inter-tropical countries on the science of global development issues. It is a French public establishment under the joint authority of the French Ministry of Higher Education and Research and the Ministry of Foreign Affairs and International Development. Since 1946 in New Caledonia. en.ird.fr 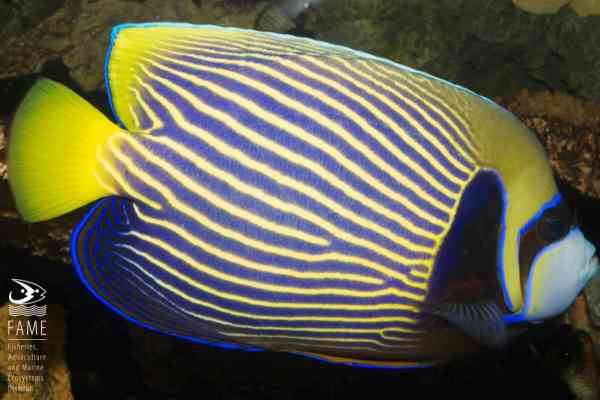 Best practices for the collection, transport, holding and export of corals and fish in the aquarium trade 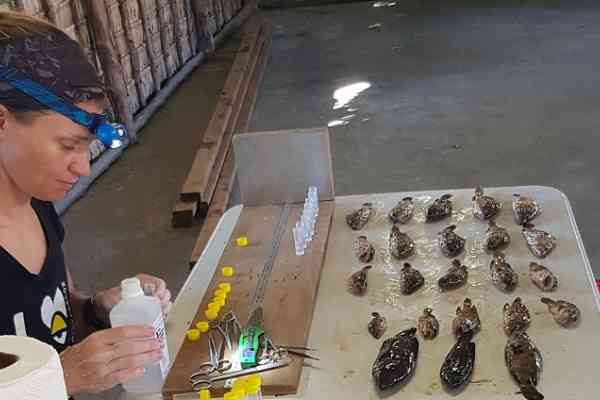