Mention the tropical islands of the Pacific and thoughts of soft sand, blue lagoons and swaying palm trees come readily to mind. But there is an ominous flip side to this picture-postcard image: These are among the world’s most vulnerable places for natural disasters and the impact of climate change.

Storms and hurricanes are becoming more intense and destructive. Coral reefs are dying as ocean temperatures climb. Rising sea levels are eating away at fragile coastlines. And some low-lying atolls could soon disappear under the waves.

Meanwhile, human-made scourges, like floating plastic garbage and overfishing are taking a toll on marine ecosystems. The problems are massive and some may never be solved completely. Nonetheless, researchers and policymakers across the region are optimistic. They say that with timely, relevant, actionable and accurate insights, much can be done to make their islands more resilient to crises.

The key can be found in data. Enter the Pacific Community (SPC), the principal scientific and technical organization for 27 countries and territories in, or associated with, the region. It is launching Digital Earth Pacific – a new analytics platform that will dig into mountains of freely available environmental data that is constantly being amassed by scientists and earth observation satellites.

Built on Microsoft’s Planetary Computer, it will use artificial intelligence (AI) and immense processing power in the cloud to access, analyze and model data from multiple sources.

The insights generated will help Pacific Island governments and planners make better choices. “This information is basically just sitting in data stores in other parts of the world, but until now, the Pacific nations haven’t been able to use it,” says Andrew Jones, SPC’s outgoing Geoscience, Energy and Maritime Division director. “This will help them to make decisions around their most critical issues.”

The development of this new platform comes as one Pacific nation works hard to recover from one of the region’s most spectacular disasters in decades.

Deafening booms from the eruption were heard as far away as Alaska. A column of dust and debris soared into the stratosphere and blanketed the capital Nuku’alofa in choking ash and pumice rain.

Within minutes, a wall of water raced in from the sea. Cars and homes were washed away. Boats were tossed out of the harbor and communications were cut.

Other tsunamis devastated outlying islands or shot out across the open ocean, eventually reaching the shores of Japan, Australia and even the west coast of the U.S.

Jones says analysis of data gathered by satellites before, during and after the eruption can help with recovery efforts, including for example, assessing crop damage and water contamination. “The fact that you have baseline data – the picture of what is normal – particularly for the same month or season, means you can tell where you have lost plantation or where there might be ash in the water.”

The threats of volcanic activity, earthquakes and tsunamis are ever-present in this region, which sits astride the Pacific Ring of Fire, an arc of volcanos and seismic fault lines that stretches from the west coasts of South and North America, across to Japan, through the Philippines and Indonesia and south to New Zealand.

Jones theorizes that data analysis might one day help predict eruptions. “The other potential use could be around early warning,” he says. “There are changes to the shapes of these volcanoes before they erupt, which you could potentially see from the satellites.There are a lot of caveats here in terms of when the satellites fly over and how much deformation there is in the volcano, but it’s a possibility.”

Meizyanne Hicks, director of the Geospatial Information Division in Fiji’s Ministry of Lands and Mineral Resources, says data-based decision-making is crucial to disaster preparedness and recovery. In recent years, multiple island communities have been devasted by powerful Category 5 storms. In 2015, Tropical Cyclone Winston tore across Fiji, destroying hundreds of thousands of homes.

In 2020, Cyclone Harold wrought destruction in the Solomon Islands, Vanuatu, Fiji and Tonga in just a few days.

Last year, Cyclone Yasa swept over Fiji with winds of up to 260 kph (160 mph). Thousands of homes were destroyed or damaged. Torrential rain from the storm also triggered devastating landslides.

More than 500 people fled the hillside village of Nabavatu when one sodden hillside gave way. Deep cracks opened up across their traditional land and rendered their homes structurally unsafe and uninhabitable.

The area has been declared a danger zone and the people remain homeless. With actionable data, Hicks says authorities hope to “identify a suitable location to move the villagers not just for homes, but for access to schools and opportunity to use land for their livelihoods.”

The technology is there; the data exists and is ready for us to use.

SPC’s Director-General Stuart Minchin says Digital Earth Pacific will potentially generate significant economic benefits. “The technology is there; the data exists and is ready for us to use,” he says. “Digital Earth Pacific will become an operational public good that will regularly generate products whenever a satellite flies over, which will make it reliable and robust. Countries will be able to access the information the same way people access weather reports on their phones, any day of the week.”

The system condenses years of freely available satellite datasets, he says. This will provide real-time understanding of issues, such as how disasters have changed coastlines, and the impacts climate change and wave energy are having on island countries. It will also combine weather outlooks for farmers and planners.

The Microsoft Planetary Computer will enable SPC to easily access petabytes of global satellite and environmental data with intuitive APIs. This will streamline and accelerate the development of high-impact solutions. SPC is also leveraging Microsoft Azure Machine Learning and Azure Cognitive Services to build insights-rich solutions.

Microsoft is committed to helping protect ecosystems and biodiversity globally by delivering the Planetary Computer, which provides access to the world’s critical environmental datasets, AI and digital technology.

The Planetary Computer also makes it easier for partners to ask regional and national scale questions of global-scale datasets, then provide those results in applications that support environmental monitoring, forecasting, planning and attribution.

Historical earth observation data stored in the Planetary Computer will be interpreted to provide clarity about the changes that Pacific Island nations have and will face. These insights will help policymakers understand how best to plan.

As Tongans face the daunting task of rebuilding and the people of Nabavatu contemplate a future away from their ancestral land, there are hundreds of thousands of Pacific Island citizens who will be able to sleep easier knowing they will be better prepared (and equipped) for changes and challenges to come. 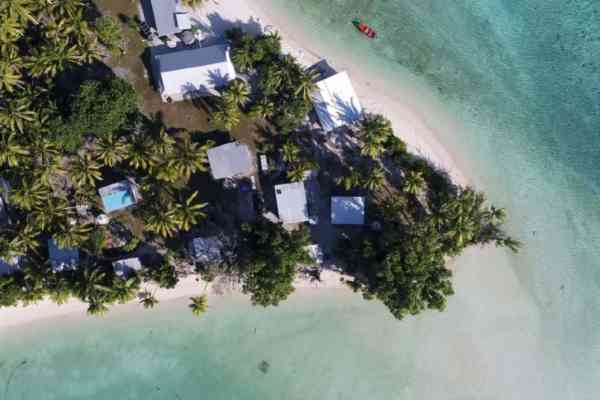 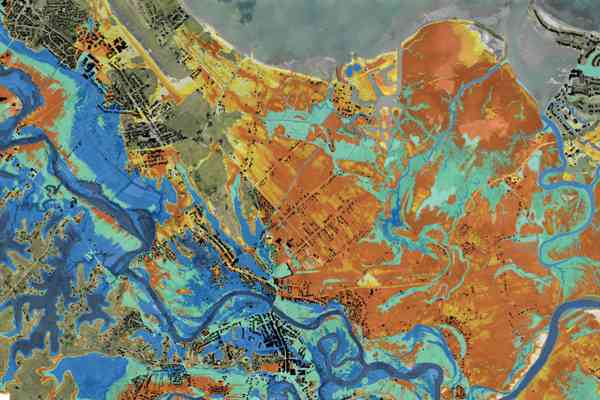