Gender equality and women’s empowerment have a transformative and multiplier effect on sustainable development, and are drivers of economic growth in Small Island Developing States, according to Nauru’s Minister for Home Affairs, Education, Youth and Land Management, the Hon Charmaine Scotty of Nauru.

She was speaking on behalf of the Pacific Small Island Developing States at the 60th Session of the Commission on the Status of Women (CSW) under way at United Nations headquarters in New York until 24 March 2016.

At the CSW deliberations, Minister Scotty emphasized that this is an important opportunity for Pacific member states to reaffirm the need for gender equality indicators across all the Sustainable Development Goals (SDGs); as they strive to meet the goals of sustainable development which were also affirmed in the outcomes of the Third International Conference on Small Island Developing States (SIDS), the SAMOA Pathway.

“We know that true empowerment of women and girls, including in rural communities, cannot be attained without meeting all of our sustainable development goals. Overcoming challenges across broad sectors, from health to education, including through sports, will exponentially benefit our most vulnerable populations, with women and girls at the forefront.”

Minister Scotty emphasised that there must be an intersectional approach to addressing the root causes of gender inequalities:

“Economic and political inequalities, can leave women and girls uniquely vulnerable both to shocks and ongoing crises. In the Pacific, these vulnerabilities are seen especially in the effects of climate change and lack of access to healthy, productive and resilient oceans.

“As adverse effects are felt in sectors ranging from food security, biodiversity, water resources and health, all too often it is women who bear the brunt of the impacts, including their negative implications on their security and safety. We therefore, echo our call for the appointment of a special representative on climate and security as a way of ensuring that we leave no one behind,” Minister Scotty said

According to the Deputy-Director of the Pacific Community’s Social Development Division, Leituala Kuiniselani Toelupe Tago-Elisara, “In line with the vision of 2030 Agenda, we need accelerated implementation of the Beijing Platform for Action and the Convention on the Elimination of All Forms of Discrimination against Women. The findings and recommendations of the Pacific Beijing+20 Report provide important baseline information for progressing the SDGs in the region.”

She added that the Pacific Community (SPC) is committed to the work on gender equality in line with the direction of its recently endorsed Strategic Plan, and will continue to work with Pacific Island countries and territories to strengthen the capacity of national women’s machineries to influence national and sectoral policies from a gender perspective.

Through assistance from the Australian Government-funded Pacific Women Shaping Pacific Development Programme, SPC will also continue to support the availability of sex-disaggregated data and statistics which will be used to support the mainstreaming of gender across the relevant sectors. 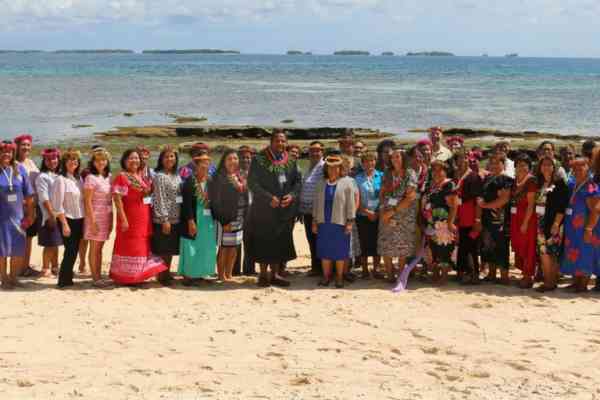