Spectacular opening for Festival of Pacific Arts in Guam The curtain has been raised on the biggest celebration of the Pacific region’s diverse cultural heritage, with the 12th Festival of Pacific Arts under way in Guam following a spectacular opening ceremony yesterday.

The region’s premiere cultural event, first held in 1972, has a long and distinguished history that the Pacific Community (SPC), as custodian, is proud to be closely associated with.

“During Festpac we will realise that despite our differences, we are one people of the Pacific. This united spirit of the Pacific will make it clear to the rest of the world who we are,” Guam’s First Lady and Honorary Chair of the Festival Organising Committee, Christine Calvo, said during the seven-hour ceremony in the capital, Hagatna, on Sunday.“It’s an honour to bring together our brothers and sisters for one of the largest events in Guam’s history. I want to thank SPC and their officials for letting us share our home and our history,” the First Lady said.

Behind the scenes, years of tireless preparations have been under way to ensure that the Festival is enjoyable and safe for the 25 Pacific Island national delegations and thousands of visitors coming to Guam’s shores for the two-week celebration.

“FestPac 2016 has an ambitious programme and we acknowledge also the great care Guam has taken in preparing its own delegates and volunteers in revitalizing Chamorro culture,” the Director of SPC’s Social Development Programme, Letuala Kuiniselani Toelupe Tago-Elisara, said during the opening.

“FestPac 2016 has attracted important arts and culture organisations from Asia, Europe and the ACP region, who will participate in the forums, symposiums and market events which will take place over the next two weeks. This demonstrates the Festival’s increasingly important international reach, and the growing interest in Pacific arts and culture worldwide,” she said.

SPC is providing technical assistance to the Guam Organising Committee and government agencies in the areas of biosecurity, health surveillance, broadcasting and interpretation.

As visitor arrivals to Guam rise significantly for the festival, so too does the risk of exotic pests and disease entering the country.

A team of four Biosecurity experts from SPC’s offices in Suva, Fiji and Pohnpei, Federated States of Micronesia is working with Guam Agriculture Quarantine and other relevant departments to provide technical support for customs and clearance of delegations and their cultural artefacts and cargo; quarantine awareness and collaborative support for surveillance activities.

Public health surveillance will be enhanced during the Festival to ensure the health security of delegates, visitors and local population of the host nation.

A team from SPC’s Public Health Division, led by acting Deputy-Director, Dr Salanieta Saketa, conducted training for surveillance focal points and is supporting the implementation of enhanced web-based surveillance from 16 May until 10 June.

The enhanced surveillance system developed by SPC is designed to ensure early detection of and prompt response to outbreaks of infectious disease and other public health events.

Other public health support includes assistance with finalising a monitoring and evaluation framework for Guam Department of Public Health and Social Services Surveillance and Response Work-Plan as well as ensuring a proper and effective response to alerts and signals arising during surveillance.

A five-person television crew from SPC’s Communications and Public Information team, best known for producing The Pacific Way show, is working with the Organising Committee and the national broadcaster, PBS Guam, to assist with live coverage of the opening and closing ceremonies and a daily half-hour highlights package which will be made available to broadcasters across the Pacific.

Additionally, SPC is assisting the FestPac Committee with translation and interpretation services.

Since its inaugural staging in 1972, the Festival of Pacific Arts has honoured and celebrated the rich diversity of Pacific peoples and provided an opportunity to share the region’s cultural knowledge and traditions.

For more on the 12th Festival of Pacific Arts, visit the official website: https://festpac.visitguam.com/. More details of SPC’s technical assistance is available at http://www.spc.int/en/festival-of-pacific-arts.html 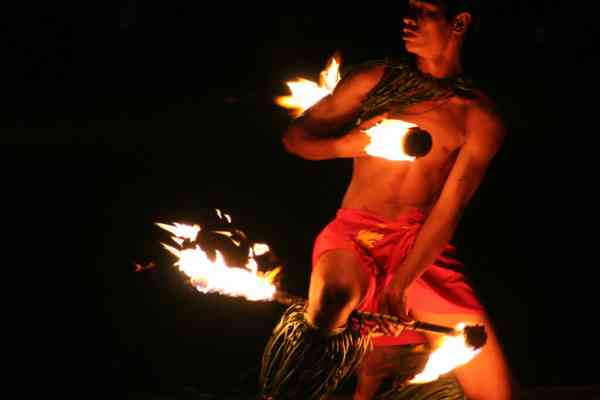 News 3 May 2017
From the Pacific to New York: Pacific culture on display From the Pacific to New York: Pacific culture on display 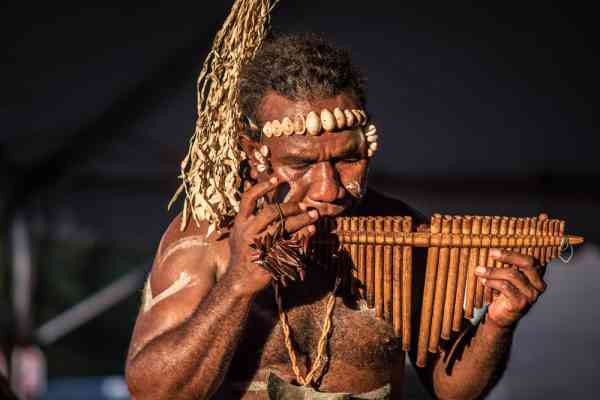 Emotional farewells as Festival of Pacific Arts closes in Guam: Regional celebration of cultural heritage pauses until 2020 in Hawai’i