The Pacific Community’s Global Climate Change Alliance: Pacific Small Island States (GCCA: PSIS),  funded by the European Union (EU) was the proud recipient of the 2019 Energy Globe Award, recognised for its outstanding work and contribution towards advancing peer to peer learning in climate change adaptation among Pacific communities. With more than 182 participating countries and over 2000 project submissions annually, the Energy Globe Award, also known as World Awards for Sustainability and Nature’s Nobel Prize, is one of the most prestigious environmental awards worldwide.

The project won the Energy Globe National Award for Palau and is one of the finalists for the International Award. The project’s approach to share coastal management experiences through a learning exchange between Tonga and Palau was lauded.

Representatives from Palau, including planners, engineers, and state legislators, together with their counterparts from Tonga, reviewed and discussed firsthand possible coastal planning, management and protection solutions in a visit to Tongatapu, Tonga.

The project had piloted an innovative coastal protection measure in three coastal communities in Eastern Tongatapu, combining hard and soft engineering such as semi-permeable groynes which allow sediment to move along the coast with beach re-nourishment. These coastal communities are now better protected from the effects of storms and storm surges and the wider population of Tongatapu is also benefitting from the three coastal recreation areas established by the project.

The concept of ‘buying time for coastal communities’ was another innovation. In the decadal time scale the affected communities in eastern Tongatapu may have to consider relocation further inland and to higher ground. The combination of hard and soft engineering measures put in place by the project provides the communities with time to come in terms with less palatable options.

Following the exchange, Palau trialled similar coastal protection measures in the Rock Islands.  These included the use of semi-permeable groynes and the re-positioning of small scale tourism facilities further inland so as to allow for natural sand movement.

The Head of Cooperation at the EU Delegation for the Pacific, Mr Christoph Wagner said, “The EU is proud to support efforts of Pacific communities in building resilience to climate change and we would like to congratulate SPC, Palau and Tonga for carrying out this valuable peer to peer exchange which now is being recognised globally.  We will further promote concerted efforts to share knowledge, skills, expertise and resources among Pacific Islands.”

The Director-General of SPC, Dr Colin Tukuitonga highlighted the usefulness of regional cooperation the project demonstrated saying, “one of the critical components to sustainable development in the Pacific is how we turn to one another and work together and this project is an excellent example of how SPC, as the principal technical and scientific organisation for the region, is working alongside development partners like the European Union and Pacific Island governments to strengthen cooperation towards the achievement of the Sustainable Development Goals”.

The winning Energy Globe projects create the necessary awareness concerning solutions to the planet’s environmental problems and demonstrates how national and regional projects make a positive contribution in the categories of Earth, Fire, Water, Air and Youth. The winners are selected by a panel including members from the United Nations Industrial Development Organization, World Bank and the European Renewable Energy Council.

The GCCA: PSIS project was a €11.4 million EU funded project, implemented regionally in partnership with SPC and nationally by each of the nine participating governments in Cook Islands, Federated States of Micronesia, Kiribati, Marshall Islands, Nauru, Niue, Palau, Tonga and Tuvalu.

The second phase of the project, known as GCCA+ Scaling Up Pacific Adaptation (SUPA) is currently being implemented by the SPC in partnership with the Secretariat of the Pacific Regional Environment Programme (SPREP) and The University of the South Pacific (USP) and focuses on the same nine countries as well as Fiji.

About SPC:
The Pacific Community has been supporting sustainable development in the Pacific, through science, knowledge and innovation since 1947. It is the principal intergovernmental organization in the region, owned and governed by its 26 member countries and territories. www.spc.int 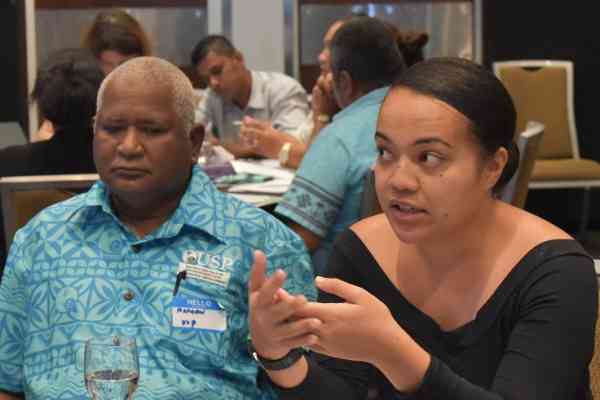