New water systems for the most vulnerable Pacific Islanders

Close to 500 people in one of the most remote and inaccessible places in the Pacific, Kapingamarangi, have secured additional safe drinking water through the efforts of the European Union – North Pacific – Readiness for El Niño (RENI) project.

The community in the small low-lying atoll of Kapingamarangi, which lies just north of the equator in the Pacific Ocean, faced severe hardships during the 2016 El Niño drought that lasted several months. The geography and location of the atoll makes its people highly vulnerable to climate and disaster risks.  Having no airstrip and only being serviced by a government vessel three to four times a year makes the atoll relatively inaccessible during normal and emergency conditions.

An extraordinary logistical challenge spanning 14 months and involving extensive state and community consultations, as well as intensive planning, resulted in the installation of an additional 51,000 gallons (193,056 litres) of drinking water systems for the community during normal times and during drought conditions.

This additional storage targets the most vulnerable in the community – children and youth, the sick and the elderly. New systems were installed at the school and the dispensary, and a direct water connection was provided to the home of the oldest resident on the island – 80-year old, Ms Bomakaran Borong.  A new system at the church, supplies the community.

The Head of Cooperation at the European Union Delegation for the Pacific, Christoph Wagner said, “With this investment we are increasing the resilience of communities in FSM and are making a real difference in the lives of those affected by climate change and disasters.

With the expertise of SPC, and working closely with the local authorities, we have been able to provide better access to clean water, and to ensure that our support responds rapidly to the myriad of challenges Pacific people face today.”

The Director-General of SPC, Dr Colin Tukuitonga, noted, “In these low-lying outer islands, having greater water storage capacity is very important, as people are almost completely reliant on rainwater. The project took a people centred approach by consulting with the community to understand their needs and then working with them to address those needs in tangible ways.”

“The fortitude of the people in these remote islands is inspiring both in the immediate aftermath of disasters and in the longer term”, Dr Tukuitonga added.

Applying lessons learnt from previous projects, 24 local community members were contracted to help with the installation of the water systems. Besides providing the workers with an income earning opportunity, it enabled them to develop the skills needed for repair and maintenance.

“The involvement of the community in the project activities has helped develop community ownership of the water systems – so the water systems are now the property of the people of Kapingamarangi – theirs to use, to look after and to maintain,” said the Director of SPC Geoscience, Energy and Maritime Division, Dr Andrew Jones.

The Senator of Kapingamarangi, Edgar Lickaneth, said, “This is a fruition of years of hard work as we have been facing water supply problems for many years. We are thankful to the EU for funding, and to SPC and the FSM Government for their substantial support to have this project in our remote island”.

The project also utilised Okeanos Messenger, the traditional twin hulled, sailing canoe, designed to run solely on renewable resources - wind, solar energy and coconut oil biofuel for the return of the project team after installation of the water systems in Kapingamarangi.

While El Niño will continue to bring drought conditions to FSM in the future, the people of Kapingamarangi are now better prepared. 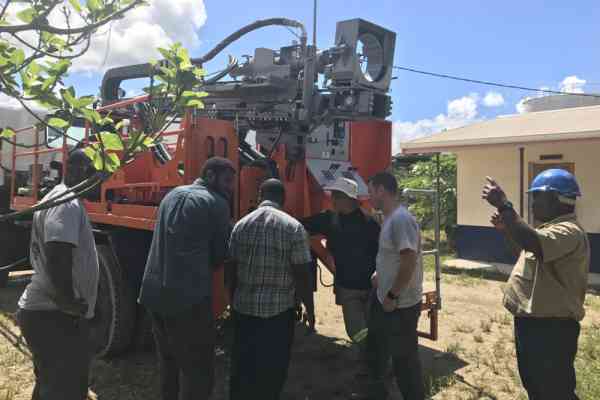 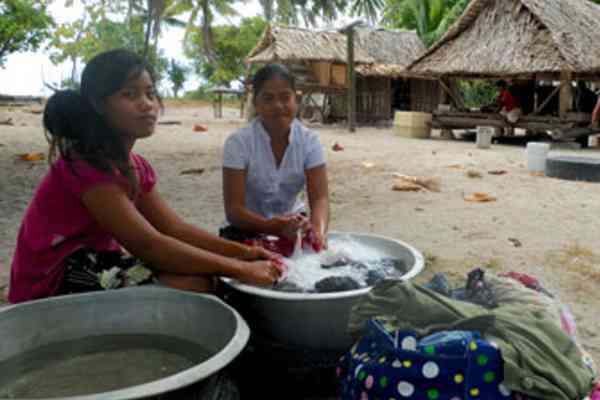