EU Deputy Ambassador Corado Pampaloni and SPC Deputy Director-General, Dr Audrey Aumua cut the International Women’s Day cake at the launch of the FSM Gender Assessment Report at the Delegation of the European Union for the Pacific in Suva today. The report was produced by the SPC through the Pacific-European Union Marine Partnership (PEUMP) programme, funded by the EU and the Government of Sweden.

The role of women in fisheries can finally be better-understood thanks to a new report on Gender Analysis of the Fisheries Sector in the Federated States of Micronesia”, the country’s first national report to provide in-depth insights and evidence-based information on women’s roles and contributions in fisheries. This report is the first of several national analyses aimed at improving gender mainstreaming and boosting women’s empowerment in the fisheries sector.

The FSM Gender Analysis report was launched at the Delegation of the European Union (EU) for the Pacific in Suva today to celebrate International Women’s Day, at a special event acknowledging the key role played by women in fisheries. The report was produced by the Pacific Community (SPC), through the Pacific-European Union Marine Partnership (PEUMP) programme, funded by the EU and the Government of Sweden.

It is estimated that women carry out almost 50 percent of fishing activities that are crucial to Pacific livelihoods. This is much higher than the international average and yet women's contributions to the sector have been largely undocumented.

During today’s event, students from the University of the South Pacific (USP), whose research is being supported by the PEUMP programme, also shared their experiences on their ongoing research to integrate stronger social dimensions into their work. Women engaged in the fisheries sector shared their experiences through personal stories in a “HerStory” session which included speakers from the Ministry of Fisheries, private sector and a grassroots oyster farmer from Rewa who have also benefitted from the programme.

Ambassador of the European Union for the Pacific, His Excellency Sujiro Seam said, ''Understanding the different gender roles in the fisheries sector is crucial to ensuring the sustainable management of our oceans. Acknowledging the role of women in fisheries still faces major obstacles when it comes to decision-making, career advancement and access to finance. With the Pacific-European Union Marine Partnership, we are supporting women in rural communities, in the private sector, in public administration and in the academia to overcome those obstacles and to become visible as the key actors they are. It is an integral part of the European Green Deal we are promoting at home and abroad."

Ms Åsa Hedén, Head of the Swedish Regional Development Cooperation for Asia and the Pacific said: “Taking gender equality into account is crucial for the sustainable development of the fisheries sector. Women’s important contribution to the fisheries sector, comprising almost half of the sector’s labour force in developing countries, is often not recognised and therefore invisible to decision-makers. Sweden strongly supports PEUMP in using a holistic approach, placing gender equality and men and women at the core of programme design and implementation. Sweden is convinced that addressing and understanding women and men´s different roles in the value chain is a precondition for sustainable results and long-term impact.  It is encouraging to see that PEUMP recognises the importance of women´s work and women´s right to equal access to resources and participation in decision-making in the fisheries sector.”

SPC Director-General, Dr Stuart Minchin said: “In the Pacific, women are responsible for more than half of community fishing activities, however their contribution towards food security and family well-being is rarely recognised. Our support for the PEUMP programme seeks to address this awareness gap through capacity building, and obtaining better data on how gender roles can impact social sustainability.”

International Women’s Day (IWD) is celebrated globally on 8 March every year and is a call to action for accelerating gender equality. The IWD 2020 global campaign theme is #EachforEqual and is about 'Collective Individualism'.

This year is a pivotal one for advancing gender equality worldwide, as the global community takes stock of progress made for women’s rights since the adoption of the Beijing Platform for Action in 1995. It will also mark several other galvanising moments in the gender equality movement such as a five-year milestone towards achieving the Sustainable Development Goals (SDGs); the 20th anniversary of UN Security Council resolution 1325 on women, peace and security; and the 10th anniversary of the establishment of UN Women.

About SPC:
The Pacific Community (SPC) is the principal scientific and technical organisation in the Pacific region, proudly supporting development since 1947. Learn more at:  www.spc.int

Background:
The PEUMP programme applies a gender and human rights-based approach to its work, recognising that gender equality is not only a fundamental human right but is also essential to achieving peaceful societies, recognising full human potential, and sustainable development. This requires a people-centered approach to identify ways in which policies and services can have a greater impact on both women and men at all levels of the fisheries sector.

About PEUMP:
The Pacific-European Union Marine Partnership (PEUMP) Programme addresses some of the most serious challenges faced by Pacific countries. Among these are the increasing depletion of coastal fisheries resources; the threats to marine biodiversity, including negative impacts of climate change and disasters; the uneven contribution of oceanic fisheries to national economic development; the need for improved education and training; and the need to mainstream a rights-based approach and to promote greater recognition of gender issues to ensure inclusiveness and positive changes for Pacific island people.  The five-year PEUMP programme is funded by the European Union (EUR 35 million) and the government of Sweden (EUR 10 million). It is implemented by the Pacific Community (SPC), the Forum Fisheries Agency (FFA), the Secretariat of the Pacific Regional Environment Programme (SPREP) and the University of the South Pacific (USP) in close collaboration with Non-Government Organisations and the national authorities. 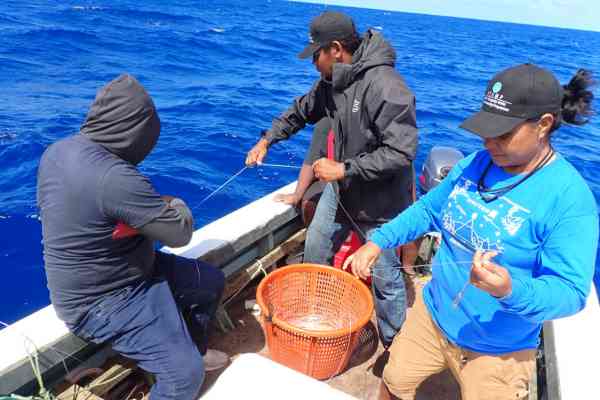 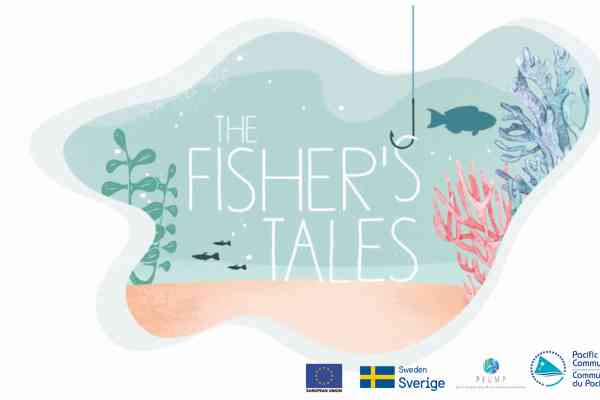