This a cross posting of a Press Release from the FSM Information Services.

PALIKIR, Pohnpei — On July 15th, 2019 His Excellency David W. Panuelo, President of the Federated States of Micronesia (FSM) received Ms. Lara Studzinski, Regional Director for Micronesia within the Secretariat of the Pacific Community (SPC), and Mr. Miles Young, Director of SPC’s Regional Rights Resource Team, in a courtesy call. The purpose of the meeting was to update the President on SPC’s collaboration with member states—the FSM is such a member—with a particular focus on human rights initiatives.
“[There is] a growing appreciation for human rights in the Pacific,” Director Young began. “It’s not just the FSM—it’s across the Pacific.”

“We are doing a lot of work in the FSM—and the states are interested in exploring the idea of setting up a National Human Rights Commission,” Director Young continued.

International studies that have undergone the scientific peer review process demonstrate that countries with high levels of women in education programs, full-time employment, and engagement in the legislative process are significantly less likely to suffer from domestic violence and other forms of abuse, earn more pay, and broadly report having happier lives. Additionally, as the standard of living improves for women the standard of living improves for men, too.

“So how are we doing?” President Panuelo asked. “How would you rate the FSM? I understand that it takes a lot of time because some [of the issues may be] culturally related, or life-style related, or socio-economically related, or a combination of these factors.”

“Well, the [Republic of the Marshall Islands] has been the leader [in the North Pacific]…they’ve applied to the [United Nations] Human Rights Council. But we have a lot of support from the FSM—including from the National Government and from the FSM States. Like anything, there’s room for improvement—but we’re here to support that,” Director Young said.

“The next step is how [the FSM] implements the recommendations that come from [human rights] reports, and that’s where we can help,” Director Young continued.

After additional discussion on how SPC can work with the FSM National Government to improve not only human rights data reporting but, also, the implementation of recommendations—such as through a centralized reporting and measuring tool—Director Young wanted to discuss a proposed Good Governance grant with President Panuelo, which SPC has applied for at the U.S. Department of State.

“So what does that entail?” President Panuelo asked.

“Good leadership, transparent leadership, open leadership—strengthening the legislative process, and…addressing corruption issues,” Director Young said. “If we do win it, we’ll make…consultations [with the FSM National Government and FSM State Governments]. We said we will not proceed unless member countries endorse [SPC’s proposal] and agree with it.”

“Well…I am all for that,” President Panuelo said. “I want a very effective and efficient Government, and I want to be transparent and accountable…I’m sure the [U.S. Department of State] will want to fund this.”

“Any Government that thinks it’s already performing at the very best can still improve, and still benefits from guidance and objective, impartial advice,” President Panuelo continued.

The meeting concluded on a positive note, with President Panuelo thanking SPC for their continued promotion and technical assistance in implementing human rights projects that benefit the people of the FSM with respect to the Nation’s unique cultural perspectives and history. 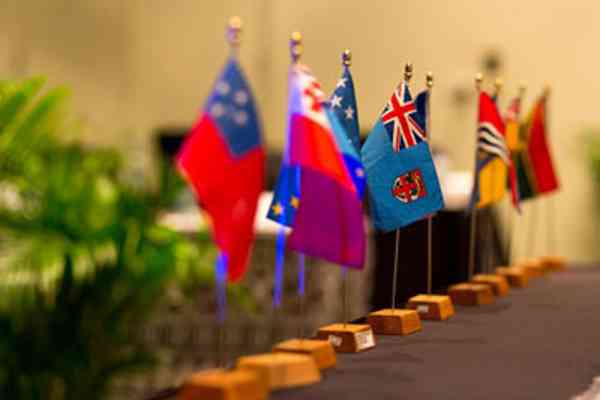