Cameron Diver: Impacts of climate change on security in the South Pacific

Symposium: Impacts of climate change on security in the South Pacific

It is important for me, for many reasons, to welcome you today in Maori, the language of the first people of my home country New Zealand. Firstly, because it is part of my culture as a New Zealander and the tragic attack in Christchurch has reminded as all how important it is to protect and celebrate cultural awareness and tolerance for diversity, while rejecting extremism, the language and acts that aim to sow hatred and divide populations. Secondly, because in the Pacific culture plays an important role in creating the space for dialogue and as a vector for ideas and the spirit of welcome. So welcome to you all, welcome to our Meeting House of the Pacific, which is physically located here in Noumea but which, symbolically, is at the crossroads of all the Pacific Community’s Member States and Territories.

Your discussions will focus on a significant issue : the impact of climate change on security in the South Pacific. The Boe Declaration, adopted by Pacific Leaders at last year’s Pacific Islands Forum Summit in Nauru, recalled their vision for the region: “a region of peace, harmony, security, social inclusion and prosperity”. The Declaration also extended the concept of security to include human security, humanitarian assistance, prioritising environmental security, and regional cooperation in building resilience to disasters and climate change. Climate change was further highlighted as the single greatest threat to the livelihoods, security and wellbeing of the peoples of the Pacific.

In December of last year, immediately after COP 24 in Katowice, I was fortunate enough to travel from Poland to the United Kingdom for the Wilton Park Forum “Navigating Pacific Futures: climate change and resilience”, organised by the Governments of New Zealand and the UK with support from the Pacific Islands Forum. Alongside Leaders, Ministers and many other distinguished colleagues, we spent three days focused on a range of issues from the outcomes of COP 24 and how to strengthen Pacific voices to the climate/ocean nexus, climate finance and climate induced displacement. At that same Forum, I was privileged to facilitate the high-level dialogue on climate and security and, given the synergies between our discussion and the symposium that opens here today, I thought I’d share some of our thoughts and conclusions with you.

We considered that examining the impacts of climate change through the lens of security was about placing the need for action into a different framework. We also recognised that climate change is intrinsically linked to the security of life on earth but there was some debate about the need to ensure that “securitisation” of climate related issues did not dominate the wider climate discussion. Questions were also raised about whether there was complete clarity on the nature of security risks in the Pacific with the framing of climate within the security space as an “existential threat” rather than a direct security matter as it is sometimes perceived in other parts of the world. Our discussions did however highlight the fact that scarcity and competition for resources in the region are emerging, and that increased extreme weather and climate events are putting a strain on existing response capacity. What was also clear was the need to avoid making generalisations about the nature of risks and to identify what is different about risks in the Pacific, especially regarding traditional, unique cultural structures. From this flowed the recognition that cultural context adds a lot to both the analysis of a security situation and the options for response.

All of this and your own presence here today to discuss the impact of climate change on critical infrastructures, maritime security, humanitarian operations and other issues is testament to the fact that, above and beyond its traditional scope and definition, climate change is also a security issue. We must anticipate the combined effects of population growth and increased exposure to climate change on food, water and health security, and on livelihoods. We must take into account the social implications of food and water shortages, disease outbreaks and internal population displacement and the potential for conflict that this creates. We must recognise the effects of climate change as a threat multiplier that, if not anticipated and addressed appropriately, could contribute to even greater levels of vulnerability in many countries and undermine sovereignty, territorial and cultural integrity, among others, with the attendant flow-on risks. And of course, we must recognise that taking climate action to mitigate the effects of climate change or adapt to them has positive consequences that go far beyond the strictly environmental. Climate action contributes to reducing these risk factors and in doing so it enables a more stable security environment and thus a more conducive platform for inclusive sustainable development and resilience building.

I like to think, perhaps because I view these issues through a development lens, that there are real but as yet unexploited synergies between security and defence and sustainable development. I have said many times that without peace and security, we won’t reach truly sustainable development and that without inclusive and sustainable development we don’t have the conditions necessary for lasting peace and security. Climate change and its effects can have a significant negative impact on that paradigm and I’m delighted to see the interest and willingness to consider and address the impacts of climate change on security. I wish you well for your discussions and look forward to hearing your conclusions. 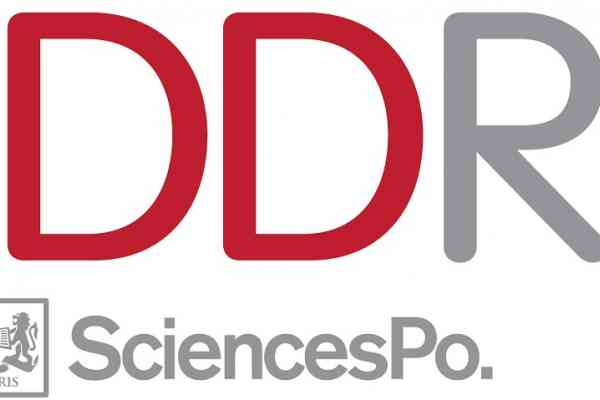 Adapting to Climate Change: the Geopolitical Challenges of the Pacific Islands