Acknowledging the presence of Mr Manasa Lesuma, the Permanent Secretary of Defence, Policing and National Security; His Excellency, Dr Brian Jones, British High Commissioner to Fiji; Members of the Fiji Maritime Affairs Coordination Committee; colleagues, partners, and trainers who are joining us both in person and remotely.

On behalf of the Pacific Community, it’s a great privilege to join you all this morning and officially open this week-long technical training.

Building in-country technical capacity is at the heart of so much of what we do at SPC and it is great to get back to doing this in person—at least for the majority of us! Thank you to our trainers, Scott, Erland and the team at Geocap for making it possible to run this training virtually with the support of the SPC team on the ground.

Congratulations to Fiji for being the guinea pigs today. It’s rather fitting that we’re starting here with you because forty years ago, on the 10th December 1982, Fiji was the first country to sign the newly drafted United Nations Convention on the Law of the Sea or UNCLOS, often called the Constitution for the Oceans.

Since then, Fiji has committed to fulfilling its obligations under UNCLOS, including undertaking the technical, legal, and diplomatic tasks required to determine exactly where your maritime zones and limits are and to deposit this information with the UN.

SPC, and SOPAC before it, has been a key technical partner supporting Pacific Island countries to delimit and deposit their maritime boundaries, limits and zones since 2001.

The first regional workshop on Extended Continental Shelf delimitation was hosted in Deuba, Fiji in 2005. Mr Andrick Lal, was present then and is here this week as a trainer. He can share with you the history of this work, but suffice it to say, it is a major undertaking and one toward which many people in our region have devoted their careers.

It has been said a few times this morning, but I’ll take a moment to underscore how important it is for countries to know and declare the extent of their ECS areas.

As Large Ocean States with stewardship of 20% of the world’s exclusive economic zones, we can all appreciate this is of special importance to us.

Establishing ownership of these ECS areas may be crucial for the development and political stability of Pacific States, particularly in the context of the process underway to develop a new international legally- binding instrument governing the conservation and sustainable use of biodiversity in areas beyond national jurisdiction, also known as BBNJ.

This is a priority action that has been highlighted in the Framework for a Pacific Oceanscape (FPO, 2010), the S.A.M.O.A. Pathway (2014), and at successive Pacific Forum Leaders Meetings since 2018.

At a global level, it also helps us to achieve Sustainable Development Goal 14 “life under water.”

In that context, there are 10 Pacific island countries with 9 ECS claims and 6 preliminary information notes at various stages in the queue awaiting examination and recommendations from the United Nations Commission on the Limits of the Continental Shelf or CLCS.

Partial claims and preliminary information notes require additional data and/or information before they can be reviewed by the CLCS.

To date, only one Pacific ECS area has been reviewed and recommended by the CLCS. This is the Ontong Java Plateau, an area of 600,000 km2 jointly claimed by the Federated States of Micronesia, Papua New Guinea, and Solomon Islands.

A number of other areas are currently being examined by the CLCS, including submissions by the Cook Islands, Tonga, and Palau.

Thru the Pacific ECS Project, we aim to support Fiji in depositing their full submission on the South Fiji Basin and getting this submission into the queue for examination.

We are grateful to the UK Government represented here today by the British High Commission for their timely and adaptive support for this critical work.

The UK is a new and welcome partner in the Pacific Maritime Boundaries program of work, which seeks to assist Pacific Island Countries to implement UNCLOS and to secure rights and responsibilities over their respective ocean spaces.

Progressing ECS claims has been a drawn out and resource intensive process, due in part to long timelines in the queue with the CLCS, and in part to the significant data requirements and specialised expertise needed to put together submissions.

One of the challenges we’ve seen across the region has been the loss of institutional knowledge at the national level.

The people who drove much of this work when it began in 2005 have moved on, moved up, and in many cases started to retire.

The Pacific ECS Project therefore has a critical role to play to enable the continuation of ECS delimitation and declaration. This workshop is one in a series hosted by the project, that is serving to refresh our memories and to train up the next generation of Pacific maritime zone experts who will lead the next phase of work.

In that respect, we are also grateful to the Government of Fiji for their commitment to see this important work through to its conclusion. Implementing the Law of the Sea is not one person’s job, but requires a sustained effort of many hands working together across many sectors.

Likewise, it is heartening to see a number of women are among the participants in this national workshop. We’ve seen across the region an upward trend in the number of young women are taking up careers in geospatial and surveying sciences.

These fields have traditionally been male-dominated, but where women have the aptitude and interest, they are excelling and bringing valuable perspectives and skills to this detail-oriented work.

It’s great progress, but I say this as one of three men speaking to you from the podium this morning, we can do better.

On that note, it is my sincere pleasure to officially open this week’s training and wish you all the best in your studies. 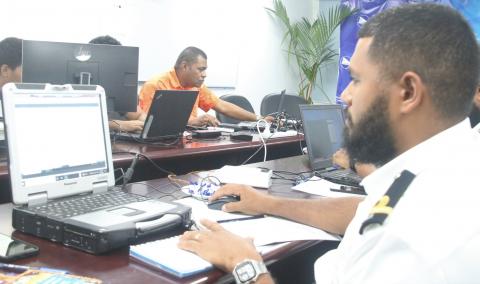 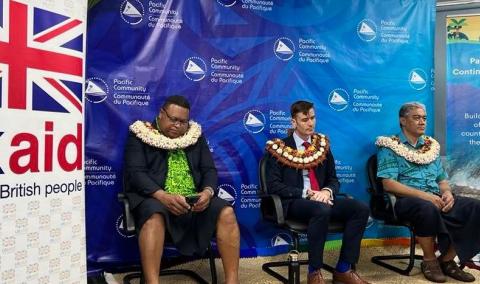 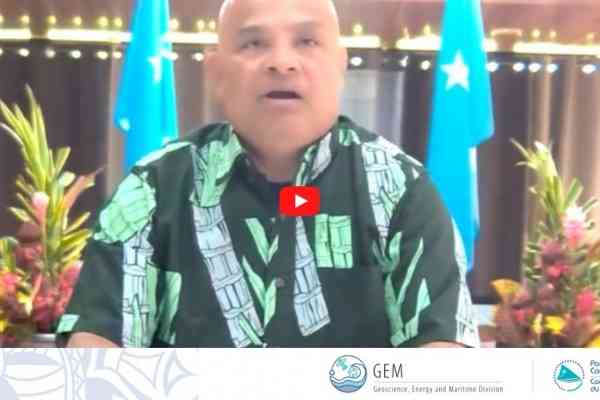