The Pacific is known for its subsistence living, communal farming practices and self-sufficiency when it comes to fresh farm produce. But the region also has a growing reputation as having one of world’s highest Non-communicable disease (NCDs) rates. For centuries the Pacific way of life has proved to be a model of healthy living practices and harmony with the environment. Sadly, the emergence of modern unhealthy diets, climate change and other environmental factors that influence unhealthy lifestyles and behaviours has dramatically impacted the health of Pacific people. To address this urgent NCDs and other health related issues, Health Ministers from across the region gathered at the 13th Pacific Health Ministers Meeting in Papeete, French Polynesia.

NCDs are the leading cause of premature death and disability in the Pacific. Pacific Islands countries and territories are among the top ten with the highest rates with type 2 diabetes and obesity in the world. Childhood obesity is also an emerging public health concern across the Pacific. They pose a major threat to health and sustainable development across the region.

The Pacific Community’s Director-General Dr Colin Tukuitonga highlighted, in his opening speech at 13th PHMM, the current status of NCDs in the Pacific.

“Despite the progress health in the Pacific has made, much needs to be done still. The Pacific today is a different place to what it was 25 years ago and our region faces a multitude of challenges. NCDs remain a major health and development challenge in the Pacific and with climate change make us the two most important risks to the Pacific recognising its national and regional development potentials.”

Dr Tukuitonga also highlighted the Pacific Monitoring Alliance for NCD Action (MANA). Endorsed in 2017, MANA is the first regional accountability framework, which has allowed countries and partners to be on the same page on what has been progressed on the implementation of Pacific NCD Roadmap and what is needed scale-up NCD actions.

PICTs have been using the Pacific Monitoring Alliance for NCD Action (MANA) Dashboard in 1) identifying current strengths and guiding the national identification of priority areas for action, 2) advocating policy makers, government ministers and key stakeholders to engage in NCD policy action, and 3) using as a mutual accountability mechanism to monitor and report PICTs progress on implementation of the Pacific NCD Roadmap.

Solomon Islands Director for Policy and Planning at the Ministry of Health and Medical Services, Ivan Ghemu, reiterated the NCD crisis and its increasing prevalence in his country.

“To give you some rough idea and to give you an example of the magnitude of the crisis, 80% of the occupancy is engaged in our one and only tertiary hospital are all focussed on NCDs.”

Solomon Islands faced a number of challenges to tackle the NCD crisis in country, one of which was the influence the private sector, such as the tobacco industry, on the public health, although it is contributing to the revenue of the country.

To encourage behaviour change towards NCDs, specifically towards tobacco, the Solomon Islands Ministry of Health have introduced new tobacco packaging, which shows the harmful effects of tobacco. Taxes on tobacco also increased in Solomon Islands with the goal of reducing tobacco usage and eventually lowering the prevalence of NCDs, especially cancers, in the country.

Ghemu explained that the approach his Ministry is taking will potentially allow health professionals, with have limited resources at the moment, to reach a wider number of population.

“We got a program now which has a bottom-up approach where we will give health monitoring equipment’s such as the blood pressure machines and the people will use it in their churches, we will train them and then they can carry on and monitor.”

“Through this you can realise that you can actually prevent, arrest and reverse NCDs.”

SPC’s Team Leader for Non-Communicable Diseases Prevention and Control Programme, Dr Si Thu Win Tin, explained that the “assessment to date, using Pacific MANA Dashboard, some progress has been made in the implementation of the Pacific NCDs Roadmap. However, there are several challenges and gaps that countries and development partners need to take urgent national and regional actions to effectively addressed NCDs and childhood obesity, and to deliver on the region and world’s promises to achieving Healthy Islands Vision and Sustainable Development Goals.”

French Polynesia also faces similar challenges as Solomon Islands and other Pacific Island Countries when it comes to NCDs. According to Dr Bruno Cojan, Prevention Programmes, Department of Health, French Polynesia, more than 70% of the population are overweight, 40% are obese, and 18% has diabetes.

In order to tackle this growing issue, the French Polynesian government has adapted sports as a non-medical therapeutic tool to beat NCDs.

The sport and health program is implemented by the network “Maita'i Sport Santé”, based at the Institute for youth and sport of French Polynesia, in partnership with the Health and sport Ministries through a convention bringing together the Caisse de Prévoyance Sociale (Social Provident Fund), Insurance Companies Committee and other partners.

Dr Cojan explained some of the benefits of participating at the Pacific Health Ministers Meetings.

“This meeting not only addresses prevention of diseases in a healthy population, but also targets a population suffering from NCDs. The benefit of PHMM is also exchanging information, creating networks and sharing tools so that other Pacific countries to address NCDs together”.

The PHMM was organized and hosted by the Government of French Polynesia, with support from the Pacific Community (SPC) and the World Health Organization (WHO).

The outcomes of discussions and decisions by the Pacific Health Leaders will strengthen actions and commitments at national and regional levels to address prioritised health issues. These include the climate crisis and its impact on health, NCDs and childhood obesity, primary health care and universal health coverage, health security, immunization, Pacific specific approach to water, sanitation and hygiene (WASH) and the health workforce in the Pacific.

The 14th Pacific Health Ministers Meeting will be hosted by Tuvalu in 2021 to track the progress of this years outcomes. 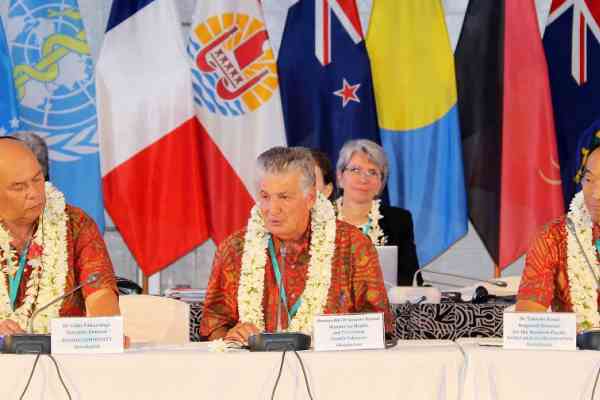 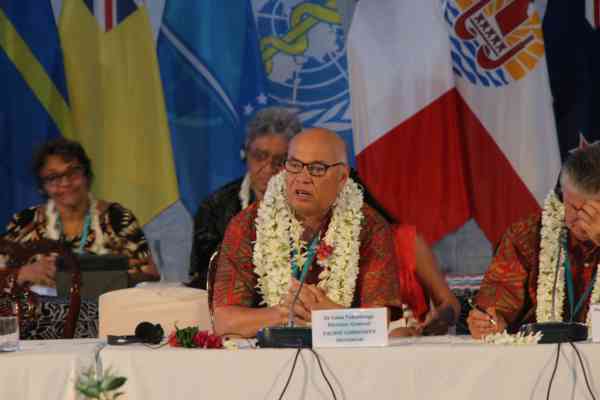 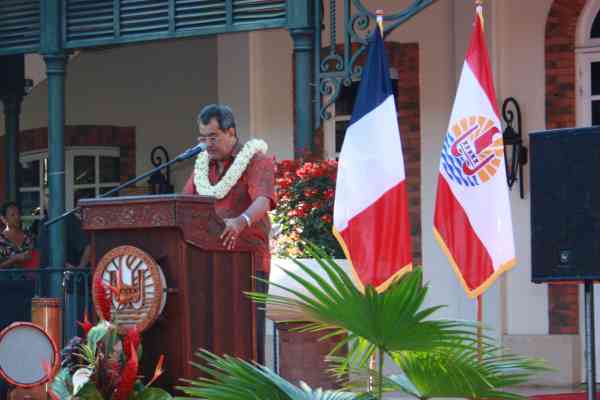