Solar Powered Boat for Fiji’s Nakalawaca Women’s Group, a first in the Pacific

Nakalawaca village lies on the Eastern side of Viti Levu in the Fiji Islands and is home to 260 villagers whose main source of income is seafood and vegetable farming.

The women of Nakalawacaspend up to five hours a day out at sea catching seafood for their families and   to sell in the local markets.

Outboard motors and bilibili (bamboo rafts) are the main mode of sea transportation for the women of Nakalawaca and for most maritime communities in Fiji and the Pacific, however, the cost of maintaining traditional motors can be high and the environmental impact they have on local communities can be detrimental.

To mitigate the reliance on fossil fuels and support the transition towards a greener economy in the Pacific, the Maritime Technology Cooperation Centre in the Pacific (MTCC-Pacific) officially launched the demonstration project of a solar-powered outboard electric motor and fibreglass boat for the Nakalawaca Women’s Group.

“Fiji is proud to be the first to pilot  this work in the region to understand the benefits of transitioning towards clean, efficient, and safe forms of marine transport”, said Honourable Minister Semi Korilavesau, Minister for Fisheries.

Under this project, a 20HP outboard electric motor and battery power bank with marine accessories for a fiberglass open boat was designed, comprising of advanced power components such as fast solar charge controllers.

The “Matanitokalau Princess”, named after the village seashore, is the first of its kind in  the Pacific. It is aimed at understanding new technologies that could help communities cut their reliance on fossil fuels in the maritime sector.

“The boat and solar engine take the burden off the community to manage and maintain their coastal and maritime resources whilst ensuring safe use of their own ocean, which is critical for the future of the region”, said Rhonda Robinson, Pacific Community (SPC) Acting Director of Geoscience, Energy, and Maritime (GEM).

Through this project, 25 women of Nakalawaca village were trained and given their Boat Master License (BML), the highest number ever recorded for women by the Maritime Safety Authority of Fiji (MSAF) BML training. This shows a significant social shift for the community, changing the mindsets that only men go out to do the fishing and  be allowed to operate the boats.

Deputy Head of EU Delegation for the Pacific, Erja Askola, said she is delighted to see this solar boat in its natural environment, “it ticks so many boxes in our work towards sustainable development, its green not by color but by its impact on nature” she said.

The project’s success will encourage local fishermen and water taxi operators in the delta and island communities to transition to solar-powered electric engines for economic growth and social inclusion. This like other energy and resource saving mechanisms will trickle on to other islands and inshore fishing communities around Fiji and the Pacific, to create a more sustainable and environmentally friendly way to travel by sea.

The Maritime Technology Cooperation Centre in the Pacific (MTCC-Pacific) is one of the five centres that form the Global MTCC Network (GMN), funded by the European Union (EU) and implemented by the International Maritime Organization (IMO) and is hosted by the Pacific Community (SPC) in collaboration with the Secretariat of the Pacific Regional Environment Programme (SPREP). 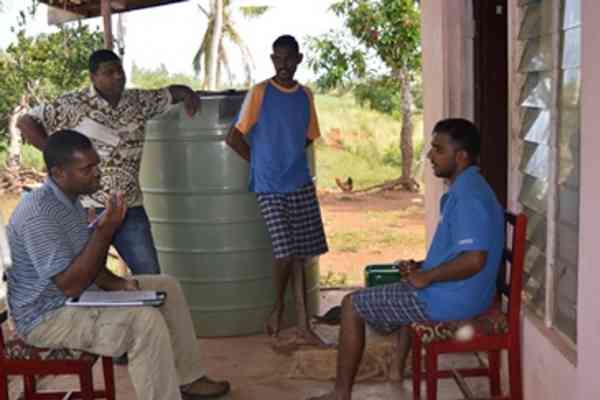